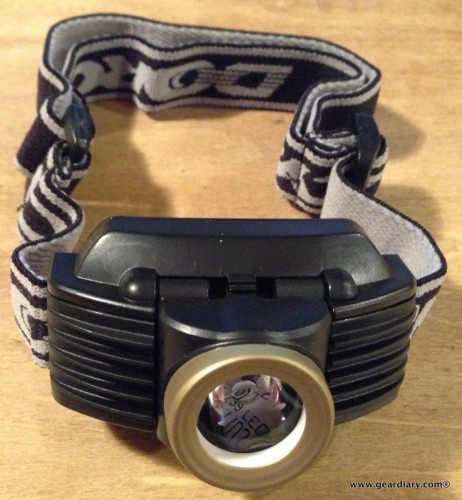 I’ll admit that the first time Kev slipped his headlamp on to go do something outside in the dark, I smirked. Why not just carry a flashlight? Why go out of your way to look like a coal miner or a caver? I’m being facetious, of course. I totally understood why he would want to be able to do things outside handsfree, but there’s no getting around the fact that wearing a headlamp makes you look a little silly.

Only, you are the one getting the last laugh.

If you have a headlamp on, it’s like you’ve grown an extra hand — one that will hold a flashlight steadily for you as you carry things, work on things, or inspect things.

Kev’s usual choice of headgear is the Cabela’s Alaskan Guide X White Headlamp, which retails for $39.99. That particular headlamp has a band of elastic that not only goes around the wearer’s head, it also goes across the top! That’s probably because the extra support is needed for the great big battery pack that sits on the back of the wearer’s noggin. But whatever works, right?

When I was approached about reviewing a Dorcy headlamp, I knew I wasn’t going to be the one trying it or wearing it, it would be Kev. And when I asked him if he was interested in trying something new, he was less than enthusiastic.

“I have one that works just fine”, he said.

“Right, but what if you like this one better?” I replied.

So the headlamp came, and instead of one — there were two.

“Why did they send two?” I mused aloud.

“Because they are totally different; one is a broad beam, and one is a spot beam.” Kev said, all matter of fact. 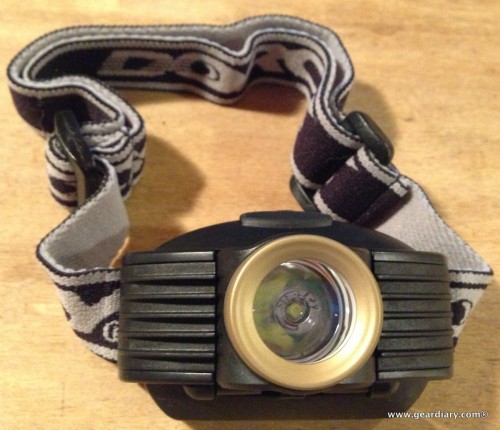 The Dorcy headlamps that we received both look about the same — they are compact black boxes with an LED light in the center front. The only real obvious difference between them (at first glance, anyway), is that one has a silver bezel around the LED and the other has a gold bezel. Both models take three AAA batteries, which are included.

The gold bezel model is the spot beam headlamp. It produces a bright beam of 134 lumens. It’s battery is supposed to last for 12 hours of run time, but we have not run it long enough to see the LED dim. The spot beam headlamp has three brightness modes — full power, half-power and strobe. The entire headlamp weighs about 3 ounces with the batteries installed, and Kev says it is much lighter than what he is used to.

The silver bezel model is the broad beam headlamp. It produces 120 lumens in a broad beam. It’s battery is also supposed to last for 12 hours of run time, but again — we have not run it long enough to see the LED dim. The broad beam headlamp also has three brightness modes, and it also weighs about 3 ounces with the batteries installed. 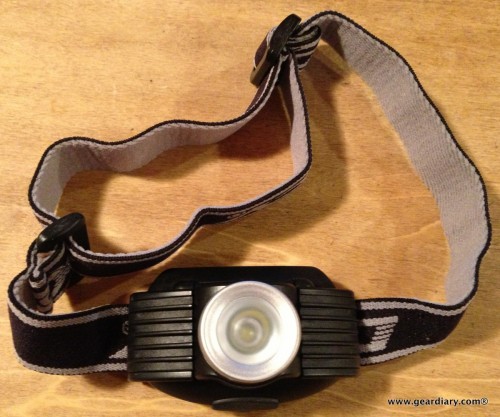 Both headlamps have an adjustable cloth elastic headband with east to work plastic fixtures. You can wear the strap over a hat, cap, or your head — whatever best fits your situation or needs. Kev is just as likely to pull one onto his head than to worry about whether there is a cap underneath; he says it’s comfortable enough. 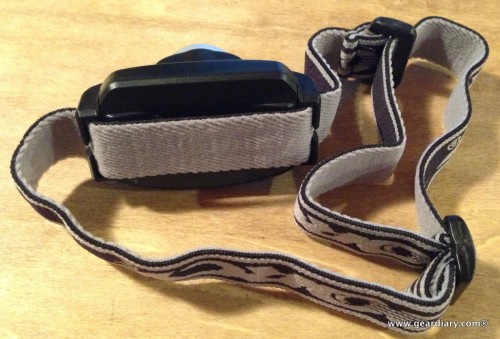 This is probably the most important thing: Kev says that the light put out by either of these is brighter and better than the light put out by his Cabela’s model. Granted, it may be time for him to change the batteries again in his original headlamp, but I’ve noticed that over the past few weeks he doesn’t reach for it any more. He will always grab one or the other of his two new headlamps. 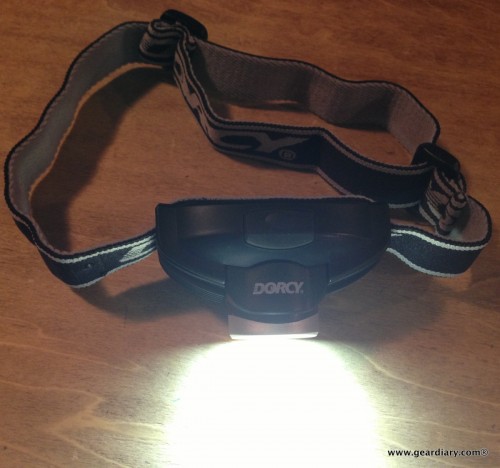 At $24 each, these Dorcy headlamps are a fair enough price that you can get a couple of them to keep in the obvious places where you might need one — the glovebox, your toolbox, by the back door, by the barbecue pit outside — I’m sure that if you are already getting ideas about where you might be able to use one of these, you already have an idea of where you would want to keep it.

I have seen Kev use his to grab wood from the stack outside for our Jøtul stove, to check on noises in the backyard (we live in the country, and varmints like to come looking for food), to put plants in the greenhouse at night when we realized it was going to get colder than expected, and he’s even used them to work on the garbage disposal under the sink — that time when it mysteriously disconnected.

Beyond the fact that it is lighter, more compact, doesn’t have a separate huge battery pack, and doesn’t have the extra head-crossing strap, perhaps the coolest thing about the Dorcy LED headlamps is their rapid-flash emergency signal — Kev’s Cabela’s headlamp didn’t have that feature.

So are you the type of person who sees a headlamp and immediately starts to think of ways you could use one? If so, you really should check out one (or both) of these. The headlamps are well made, and the LEDs are bright. What’s not to like? =) 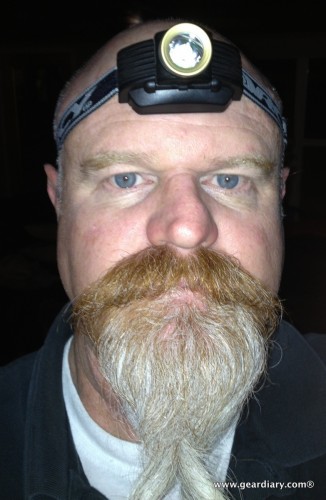 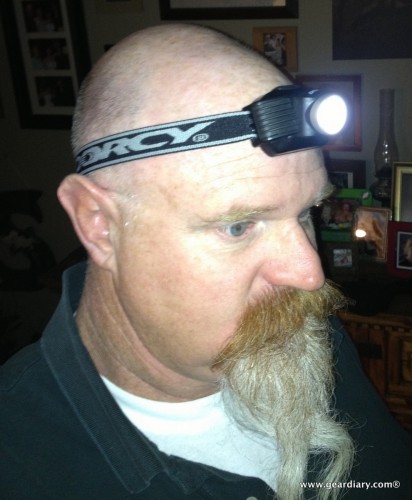 Dorcy LED Headlamps and other LED flashlights are available directly from the manufacturer.

What Kev Likes: Light, adjustable, and comfortable to wear; no big separate battery pack; may be worn comfortably and securely over a cap, hat or uncovered head; initial set of AAA batteries are included

What Needs Improvement: Nothing — he says he likes them a lot!