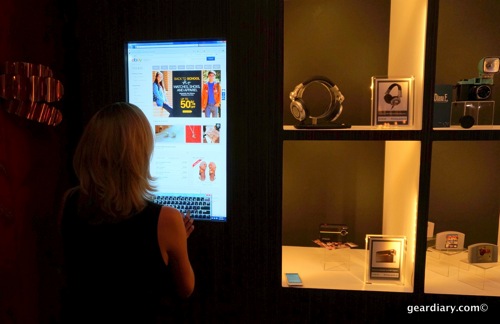 eBay’s new My Gadgets website lets you quickly gather all your gadgets in one place and then see just how much it is actually worth. Better still, with My Gadgets selling the items you no longer use is easier than ever! All of this is possible Thanks to eBay’s extensive database of electronics and a well-designed web portal.  Click here.

You see, as Elana has put it more than once, I “rent” the gear I purchase, and eBay plays a central role in making that happen. My gadget-cycle looks something like this:

• I buy something new.

• I review it, use it, review accessories for it.

• I see the next product cycle come — for example, we all know the iPhone 5S is on the way within the next 8 weeks — and so I get ready to sell the gadget I purchased 8-12 months previously.

• I sell the item on eBay

• I buy the next generation device I’ve used this approach for laptops, tablets, computers and much more.

And, thanks to eBay, and the fact that Apple products hold their value amazingly well, I usually and up paying a rather nominal fee for the time I end up using one device or another. 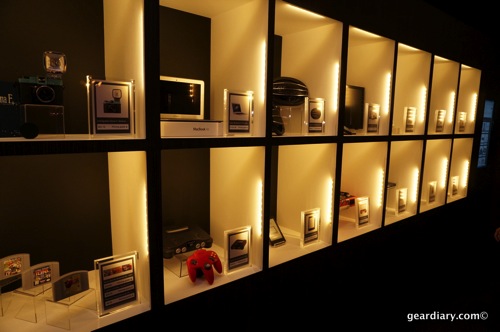 The items on this eBay My Gadget wall belonged to the DJ spinning the tunes during the release party, but I have created my own eBay My Gadgets list … and a few of the items are going on the eBay auction block in the next few days. What will I be selling? 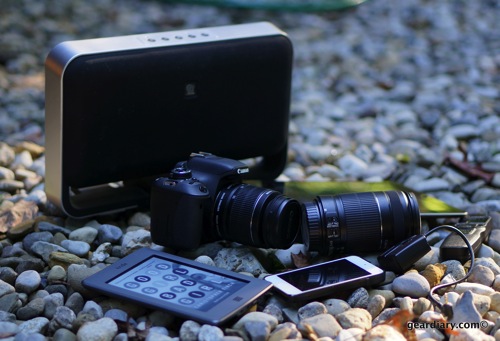 My Canon T3i and multiple lenses — it’s been replaced by my Sony NEX-6 — is getting sold. My iPhone 5 is going on the block as well. eBay’s My Gadgets is going to play a central role in making that happen, so lets walk through the process of using the new service from eBay and putting my Canon T3i up for sale. 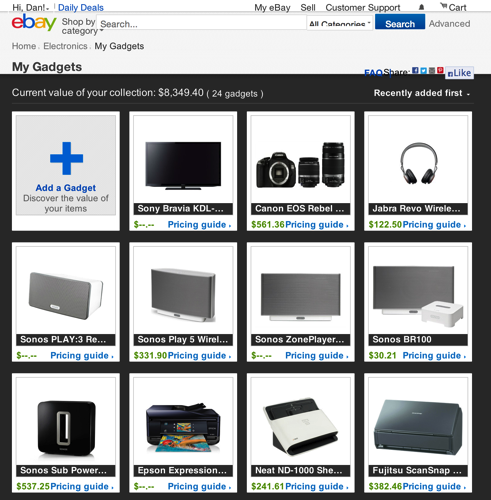 This is what the eBay My Gadgets portal looks like. See how it not only lists the items I have, but is also reveals the current market value when similar items are sold on eBay? Cool right? And, see how it shows the total value of my gadget collection right below the “My Gadgets” name? I know… I know… between the gear I actually own and the gear I have for ongoing review, the value of the gear sitting here is over $8K. And the scary thing is, I’m not done adding to it. Then again, this is Gear Diary … and Gear is what we do. 🙂 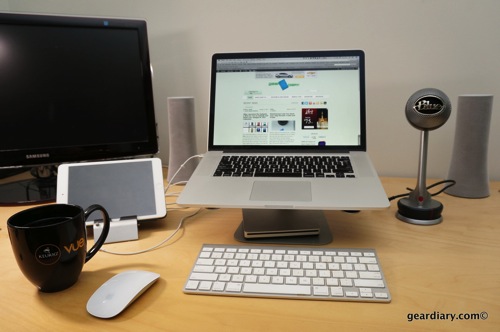 Let’s walk through the process of using My Gadgets. 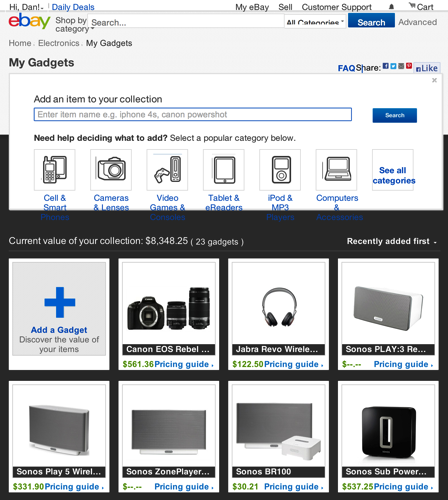 Step 1: Add your gear. This is a simple process, thanks to eBay’s extensive database of electronics items. Sure, there are some items that don’t come up immediately, but I found that to be the exception rather than the rule. So let’s jump into one of the items I’ll be putting up for sale. 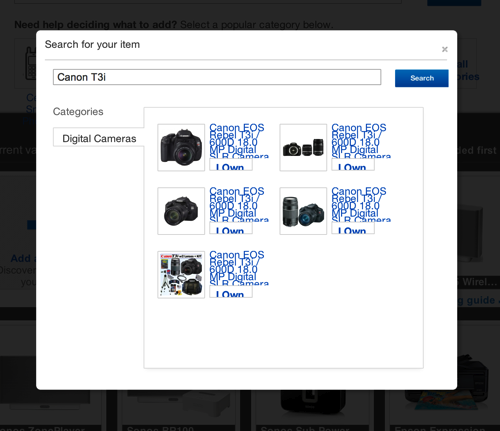 And since you will find both new and used items on eBay, you can find both the new and the used price through the eBay My Gadgets site. If the Canon T3i and lenses are new they are worth close to $700.

Unfortunately my T3i isn’t new, so the value drops to $561.36. Here’s the cool thing: by clicking “New” and then “Used”, I can actually see what the depreciation of the item is. And while the current “New” price of $684 is significantly less than what I paid a year ago, a difference of just $120 isn’t bad at all. I added the Canon T3i and its lenses, and I will be selling them this weekend. I’ll be coming back in a future post to share how the process of using My Gadgets to actually sell an item works. In the meantime, here’s a look at one portion of my My Gadget collection. 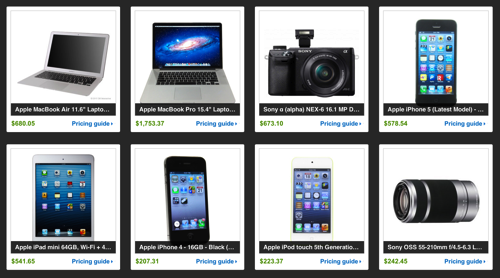 As we purchase more and more electronics and upgrade our gear more frequently, keeping track of them becomes more important than ever. And rather than simply putting old gear in a drawer where it collects dust,  why wouldn’t you sell it and recoup some of your initial outlay of cash? With My Gear, eBay makes doing both easier than ever.

We’ll be back with our “Sold!!” Update next week. You can get started with My Gadgets by clicking here.