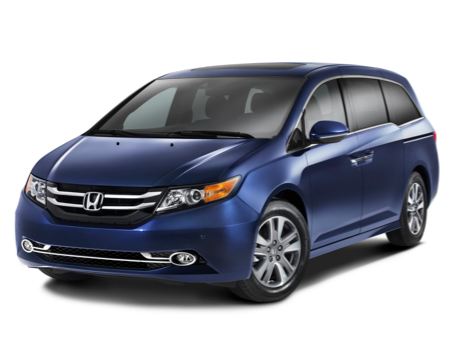 While some automakers have abandoned the minivan segment, Honda is out to prove its leadership in this arena yet again with the release of the 2014 Odyssey Touring Elite. The new model has already begun an interesting marketing campaign in the quest to prove the Honda minivan doesn’t suck with the launch of an all-new feature that, well, truly sucks.

I don’t really know why it took an automaker four decades to introduce a built-in vacuum in a minivan, as kids have been dropping stuff on the carpeted floors since they were first strapped in the second or third rows. And in all that time, both full and self-service car washes have been “cleaning up” by cleaning the interiors up, sucking up animal crackers, goldfish, gummy bears, crayons and a host of other things falling from those little hands. 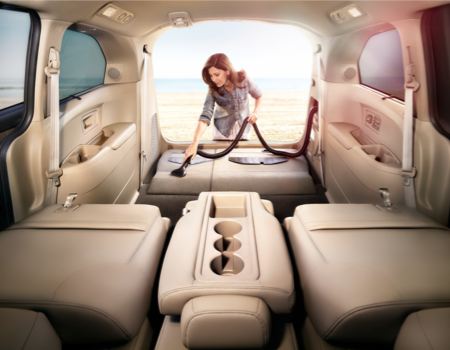 Introducing the new HondaVAC that arrived this summer. I recently spent a week in a 2014 Honda Odyssey Touring Elite minivan. While I enjoyed the less-than-stellar automotive experience common to vehicles in this segment, I found the HondaVAC to work extremely well, even picking up rocks and grass I had deposited on the front floormats.
The base unit is secured in a sidewall in the rear of the van, and a flexible hose with assorted attachment nozzles stretches into duty to clean things up inside. I suppose one could even use this system to clean you other vehicles as well, just pull them up behind the Honda and knock your lights out.

Odyssey was redesigned several years back, but it still arrives with the standard fare in the way of comfort and convenience features along with a host of safety and driving technologies including lane departure warning, forward collision warning and blind spot monitoring. The Honda is also a Top Safety Pick from the IIHS. 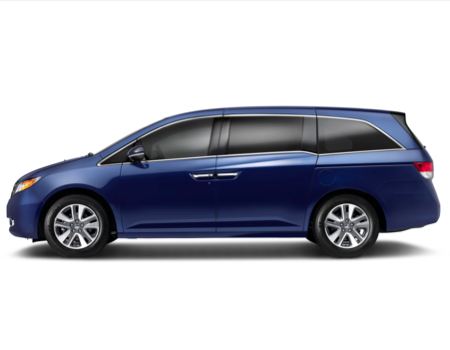 For 2014 the Odyssey did get some minor trim updates outside including new hood and front fenders, new front fascia and grille and finishes with new LED taillight bars.

Inside an all-new center stack hosts new features including HD Radio, SMS text message function, HondaLink driver connectivity with Aha Mobile interface and the HondaLink smartphone app. For rear occupants, Odyssey sports the widest second-row video monitor in the industry allowing for split-screen viewing, and there is even an HDMI plug in the third row allowing for high-resolution accessories. 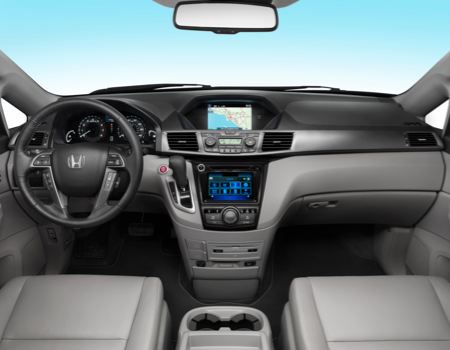 Minivans are some of the easiest vehicles on the road today to operate while offering vast flexibility of function ranging from three row people movers to wide open cargo boxes. Power sliding side doors and power rear hatch, all accessible via keyfob, make things even easier. 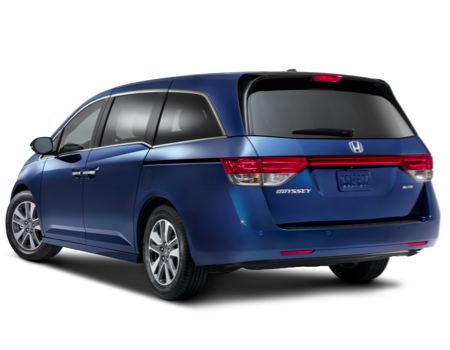 The minivan may not get much respect, and it certainly does not turn heads on the road or in parking lots; this is a shame, as it still offers so much to families and small business owners. While many are priced reasonably, the Touring Elite package on the new 2014 Honda Odyssey does bring the pricetag up a bit with our tester arriving at just over 45 grand, and I will agree with you that that is a lot of cash for a minivan that “sucks.”