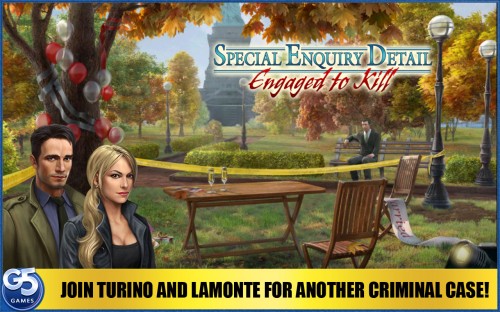 A few months ago I reviewed the iPad version of Special Enquiry Detail 2 – Engaged to Kill HD and found it lived up to the high level of the original. Now G5 and Floodlight have released the game for the Kindle Fire. The port works perfectly, with the characters and mystery every bit as intriguing as before. 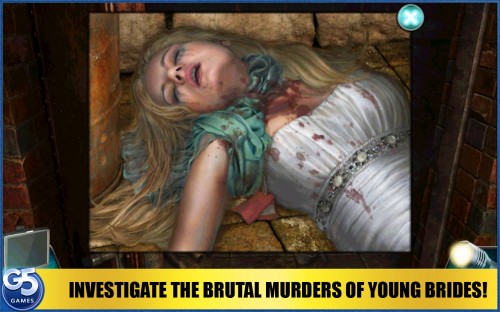 The reasons I loved the original Special Enquiry Detail are many: great characters, interesting story, good sense of mystery and intrigue, and solid puzzles and hidden object gameplay. Ultimately there was nothing for me to critique, but I mentioned the British linguistics, as they caused me to need hints more than I would have otherwise.

As you begin the game, a murder of a woman in a wedding dress takes place, and next thing you know Turino and Lamonte are on the scene hunting for clues. They were not the detectives in charge of the Engagement Killer’s case – there have already been multiple killings – but they quickly take over based on a special request. From there they need to revisit the old crimes and try to piece together new and existing evidence to find connections and clues to solve the crimes before the killer claims another victim!

Finding clues comes in the form of objects in the environment, puzzles, combining items, and hidden object screens. Each of these is done well, but for me it was the logic puzzles and hidden object scenes that stood out. The logic puzzles impressed me because they were integrated perfectly with whatever was going on in the game without feeling forced. Things including pattern matching, wiring tracing, and complex rotation and other logic puzzles. If a puzzle gets too hard, you can always skip it after trying for a reasonable time. 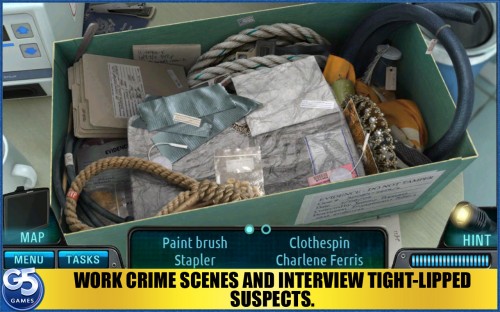 The hidden object games were similarly thematically matched to the scene – when searching a girls room you would find typical items, same for a garage or basement, and so on. And the recharge of the hint system seems properly balanced to keep you engaged while making you at least try.

I was concerned about the performance on the 7″ Kindle Fire in the past, but since playing G5 games on the iPad Mini for the last year I have gotten very comfortable with the size factor – and the game is very well optimized for the Fire and was a joy to play. Zooming in and out to view areas worked perfectly, and the touchscreen controls were every bit as accurate and responsive as on the iPad. 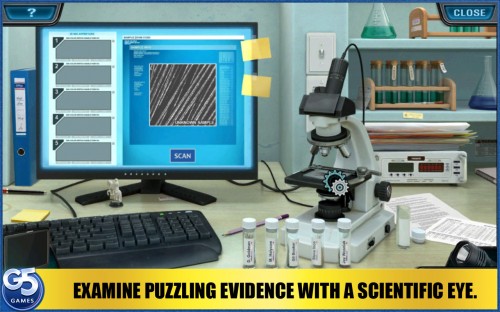 Despite having one of the strongest stories in any hidden object game, there is nothing out of the ordinary about the gameplay. But that isn’t a bad thing, since all of the standard mechanics are very well executed and integrated into the game and story. Hidden object scenes require you to tap on items to grab them, puzzles manipulate items on-screen, and on and on. Everything is intuitive and plays as expected.

Technically the game looks great, with stylized pseudo-motion, graphic novel pop-up story progression, full voice acting, and fluid performance on my Kindle Fire HD – I no longer have an original Kindle Fire to test performance. Load times were short, and I never had a single crash. 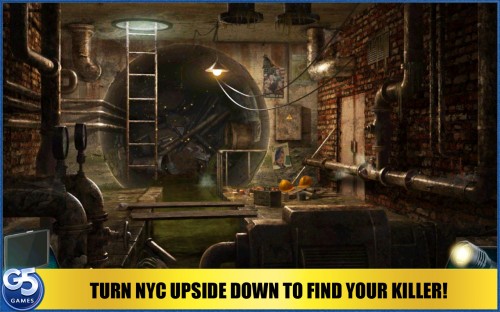 Would use again/recommend?: Definitely! I have called the Special Enquiry Detail games (and Letters from Nowhere games) my favorites of the genre due to the strong characters and interesting plot wrapped around solid and diverse gameplay. Special Enquiry Detail 2 – Engaged to Kill falls right in line with those games, and perhaps exceeds the original by placing some genuine twists and turns in front of the detectives. I will have to go back and replay the original to see which I prefer!