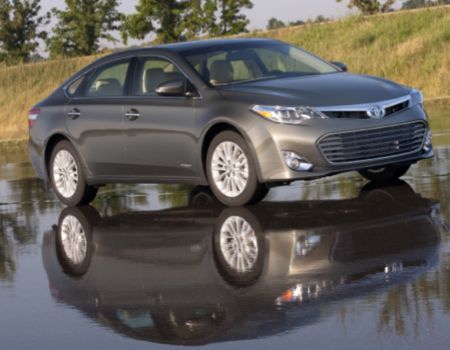 Over the past couple of years there has been a great deal of news coming from the Toyota/Lexus camp, but one headline that may have gone unnoticed was the complete makeover of the flagship sedan Avalon. Not only is this the best (and most “American”) Avalon to date, but Toyota now offers a hybrid variant to consumers as well.

Since its introduction in 1994, Avalon has been hailed the “Buick” of the Toyota lineup with its sedate ride and blasé styling. It was little more than a stretched Camry, and it definitely gave one the feeling Toyota was only building it because they had to.

The 2013 model is the fourth-generation Avalon and strays from the Camry architecture, opting instead for the new Lexus ES platform. Finally, a large sedan from the automaker they can be proud of, and one that actually looks like the automaker cares about its buyers. 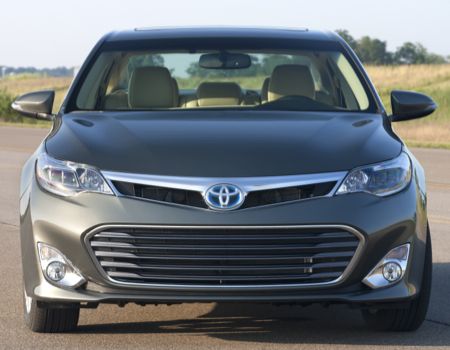 The new Avalon is a definite departure from the old formula, as it features new styling and technology that will hopefully usher in new clients to that end of the showroom floor. And did I mention they offer Avalon in a hybrid variant?

We recently spent a week with the new Avalon Hybrid, and this car really surprised me. Not only did I find myself having to ask, “This is the new Avalon?” on more than one occasion, but once I got behind the wheel I couldn’t believe it was a hybrid.

This car has style, this car has flair, this car has get up and go…surely this cannot be a Toyota Avalon. Large sedan buyers will truly appreciate what Toyota has done here, and it would not surprise me if the automaker sells as many hybrid model Avalons and they do gas-only versions. Yes, the new Avalon Hybrid is that good.

The logic used to move Avalon to the new platform appears to carry over in the powertrain department, as despite sharing common Synergy Hybrid Drive components with Camry, the new Avalon Hybrid has better acceleration and, in my opinion, is the better experience in a hybrid sedan. Its 40 mpg EPA rating is a few ticks shy of Camry’s, yes, but what the driver gains in the feel from behind the wheel well makes up for it. 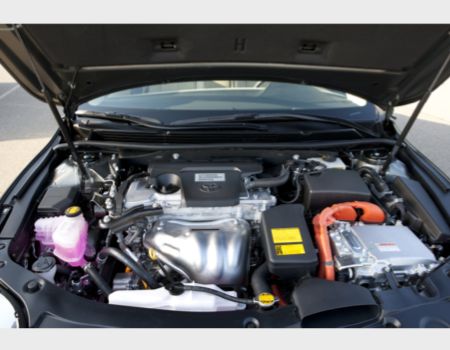 Purists can still opt for the gasoline-only 268hp 3.5-liter V-6, but this hybrid system that mates the 2.5-liter four to two high output electric motors via a power split device provides perhaps the smoothest hybrid experience on the road today. And thanks to Avalon beginning life as a big sedan, little cargo space is lost in the trunk where the 244.8-volt Nickel metal-hydride battery pack is located.

Avalon Hybrid can be operated in EV, ECO, normal and Sport modes, with the latter (of course) being my personal favorite thanks to the boost to throttle and acceleration response and tighter electric power steering feel.

The new Avalon is a large car but does a good job of rarely reminding you of that fact. Plenty of head-, hip- and legroom all around offers all occupants a very pleasant experience while in the vehicle. 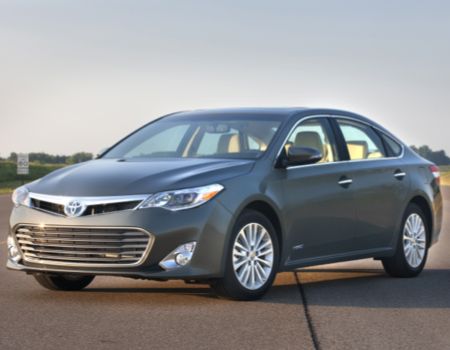 Toyota’s new Entune multimedia system is available, and it is operated hands-free or via the 6.1-inch TFT touchscreen display in center dash. Also available are Blind Spot Monitor and Rear Cross Traffic Alert systems for safer driving on top of Toyota’s STAR Safety System that contains all the latest safety technologies.

One thing our tester did not come with was the usual copy of its window sticker, so final pricing cannot be relayed; however, Toyota does have base MSRP information listed as $35,555 for the Avalon Hybrid XLE Premium model, $37,250 for XLE Touring model, and $41,400 for the 2013 Avalon Hybrid Limited.

Avalon and Avalon Hybrid have been the best-kept secret at Toyota this past year, and that is a shame as this is one of the best looking and most exciting vehicles in the its showroom right now.