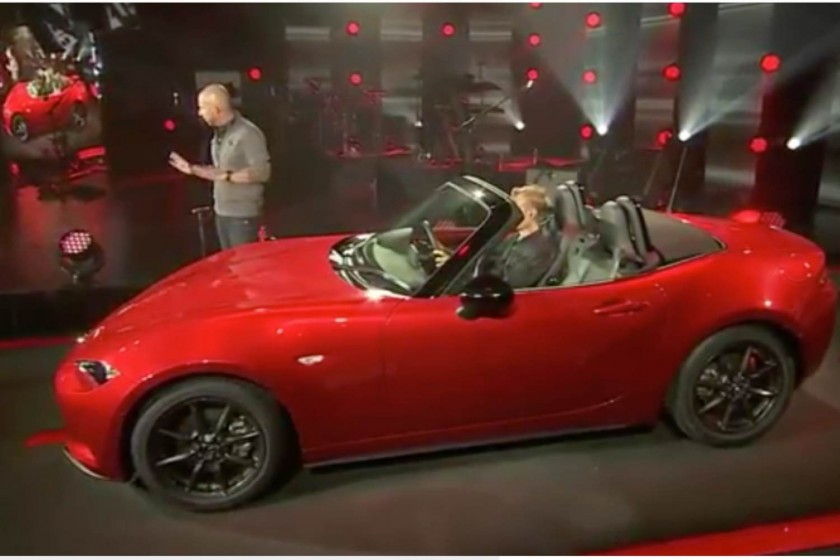 The debut MX-5 rolled out on stage in right-hand drive version in Monterey, California with designer Derek Jenkins providing a quick walkaround of the 2016 model before turning the event over to Duran Duran. 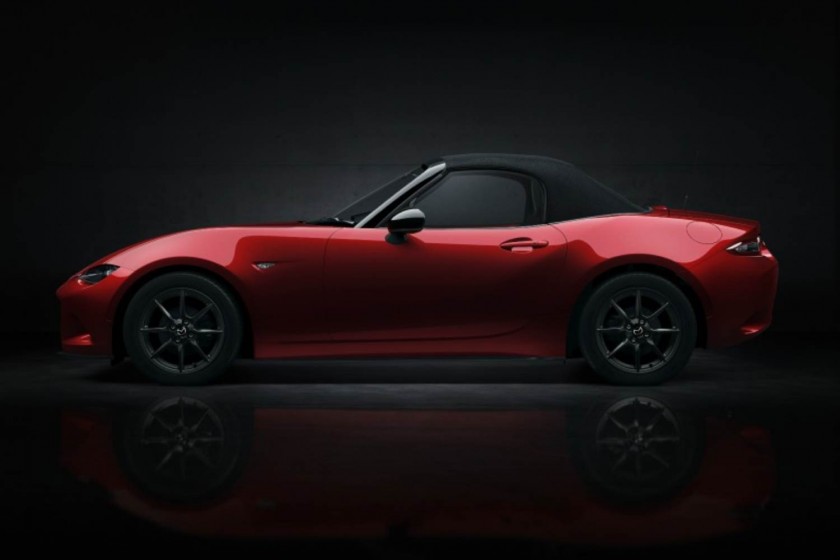 Jenkins described the new Miata as staying true to its iconic roots that made it the best-selling roadster while updating its looks and content. The hood is lower, the cockpit is pulled rearward slightly, the A-pillars and mirrors are blacked out and the hind quarters pull back in tapered fashion. 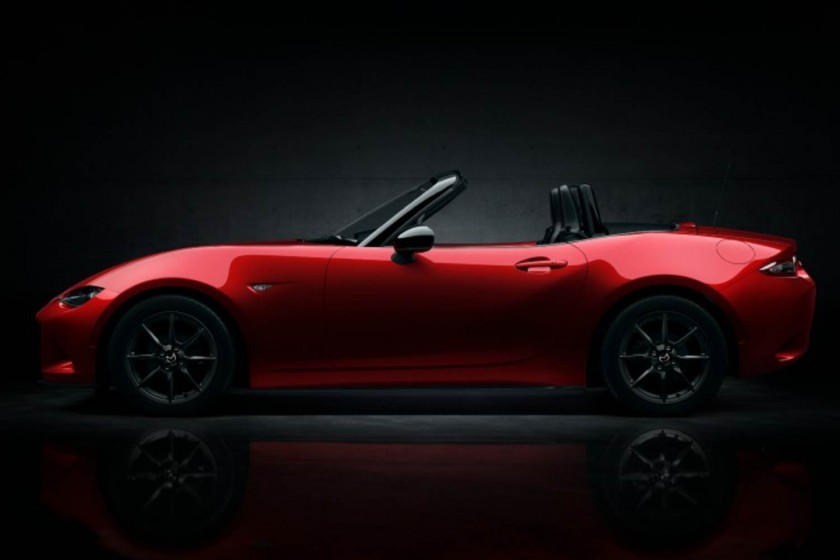 Little other information was revealed at the launch aside from Mazda touting the new car some 100 kilograms lighter than the vehicle it replaces. The debut model featured the soft top roof folded back into its traditional location but no word on continuation of Power Retractable Hardtop Roof nor any answer to the rumors of a coupe edition. 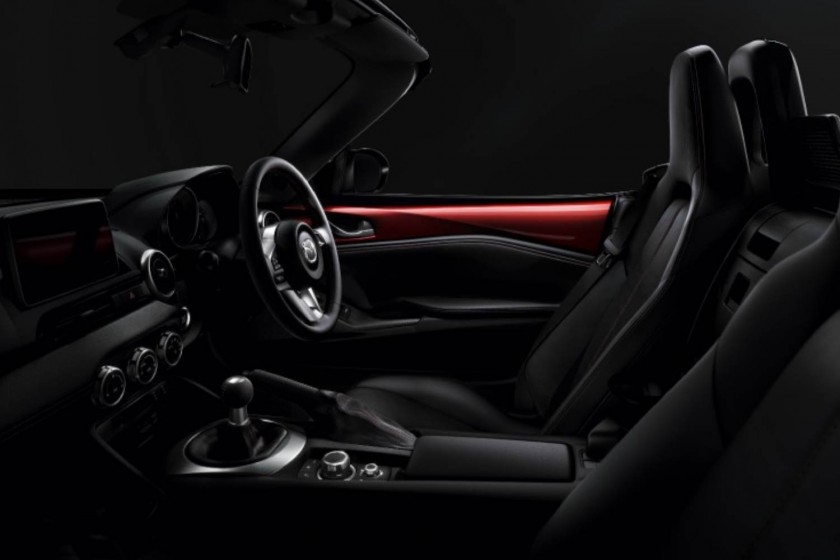 Images of the interior appear to show a nav display atop the center stack and other minor updates. 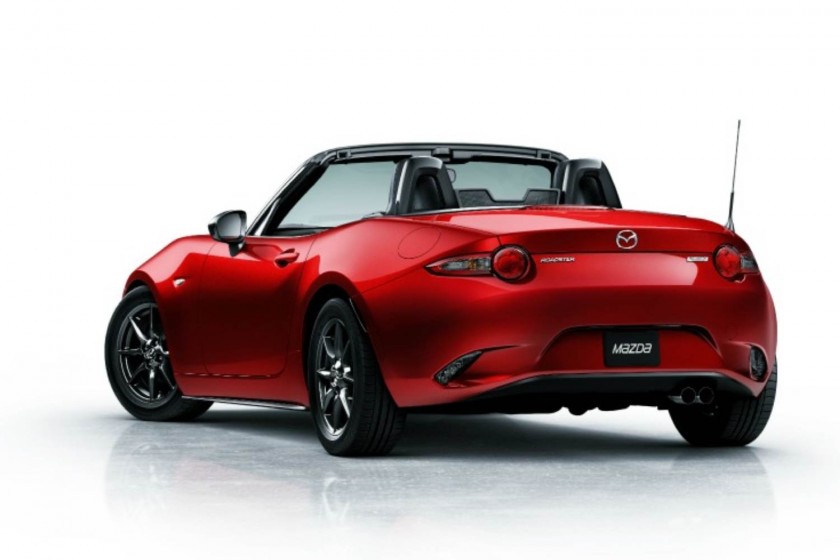 Alas, no word on availability or pricing other than arriving next year as a MY2016. 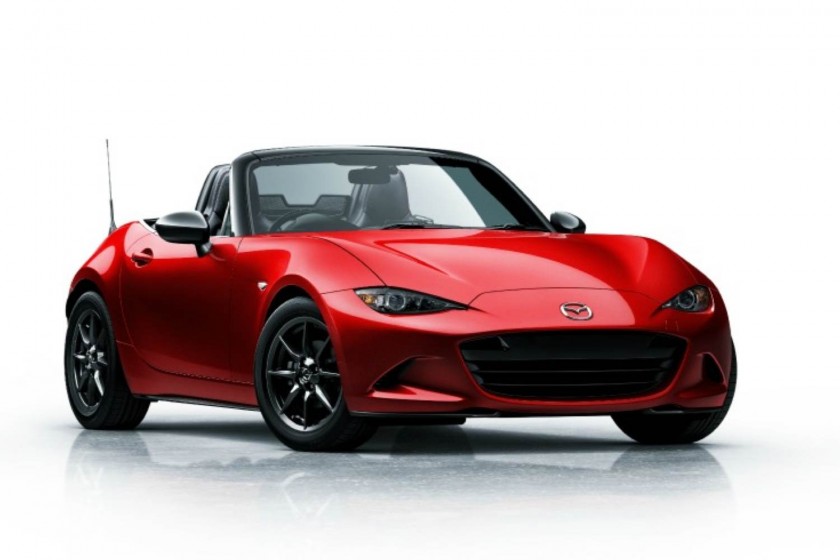