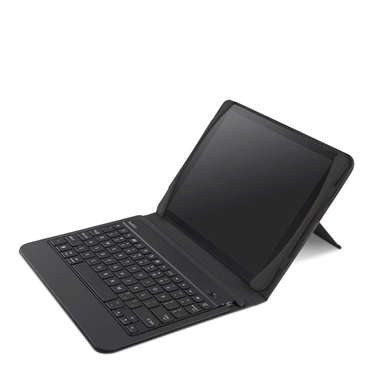 Do a lot of typing on your iPad but prefer a real keyboard to a touchscreen? There are plenty of Bluetooth keyboard options out there, but what about incorporating it into a case that doesn’t add a lot of bulk as most keyboard cases do? For the iPad Air, Belkin has released the QODE Slim Style Keyboard Case. 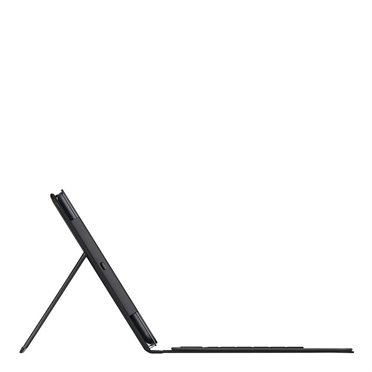 But I found my productivity level decreased when I was away from the physical keyboard – not to the same extent as with the iPad Mini, but enough to be noticeable. The reality is that in spite of 3.5 years of iPad use, without a physical keyboard I wouldn’t get as close to the iPad as my ‘99% computer’ as I would like. 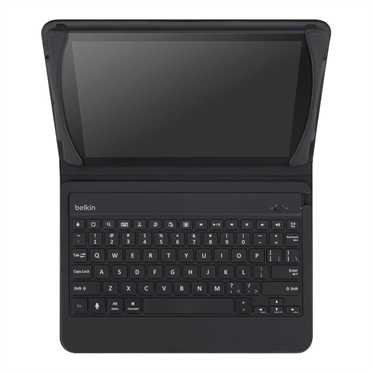 Enter the Belkin QODE Slim Style Keyboard Case. Right out of the box I liked the look and feel – it reminds me of one of those classic notebooks you’d take on an interview.

Your iPad Air installs easily, simply slipping both ends under corner flaps that hold it secure while allowing access to everything you need.

Once in position, setup is a breeze. Just like any other Bluetooth device you need to pair up the keyboard and iPad, which is simple. You head to the Bluetooth Setting on the iPad, push the ‘Pair’ key on the Belkin, and it should appear on your Bluetooth devices list as ‘Not Paired’. Tap the listing, and it will attempt to communicate with the keyboard, and will then ask you to type a key combination then press enter to pair the devices. For me this took about 30 seconds total. 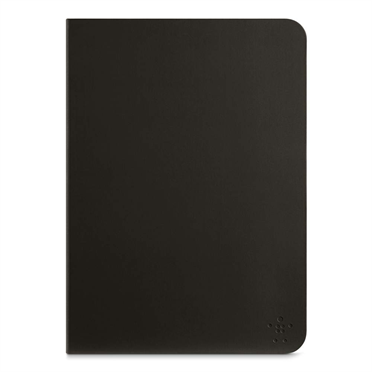 While I was pairing the keyboard to the iPad I also plugged in the USB cable to a charger to make sure the Belkin was fully charged up. I have found that occasionally Bluetooth devices ‘act flaky’ when their battery charge gets low.

The power switch sits flat and right above the keyboard, making it simple to switch the keyboard on and off. You will want to do this because the low-profile keyboard would otherwise get triggered as you walked around with the case closed.

Speaking of closing the case, having used a Smart Cover for so long it took me a bit to get used to switching the screen off manually, which is necessary because the QODE Slim Fit doesn’t act as a power-off for the screen. It does have small magnets to secure the cover in place, which was something I immediately appreciated and continue to think is a great design choice.

The keyboard layout is a bit of a compromise. Belkin claims full-size keys, which is accurate – but the keyboard itself isn’t actually full-sized. The spacing is smaller, meaning that while the keys themselves aren’t smaller, you definitely feel like you are working with a ‘near full size’ keyboard. Not a huge deal, but the Belkin site seems to push the ‘full size’ notion, even saying ‘Full Sized Keyboard’ in the promo video. 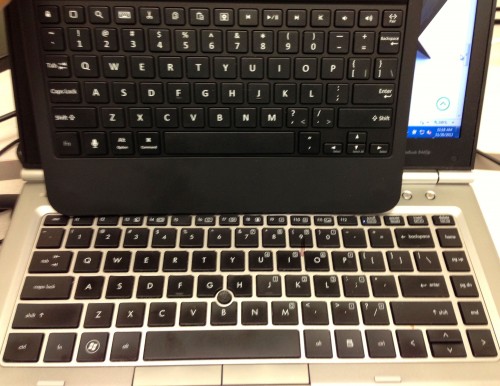 My other complaint about the layout is that some commonly used keys are moved around, such as the ‘/” key, and the <> and |\ operators are the third function on other keys, saving one key per row. Typing in HTML code and entering web addresses are complicated by these changes, but I quickly adapted.

But aside from those nitpicks, I really love the keyboard. The keys themselves have a natural feel and travel, and definitely do not feel cheap. The top row offers a number of utility keys such as home, lock, search, editing and media controls. I really appreciated giving these functions their own keys rather than making them secondary functions of other keys. 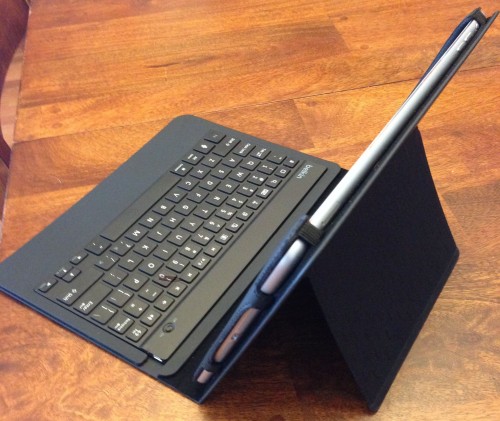 Belkin also claims multiple angles for the stand, which is accomplished by a slant angle between the cover and a kickstand. The weight of the iPad provides one side with weight to hold things in place, and the kickstand has a rubberized bottom for friction. On a solid surface you can achieve a number of angles, though none all that shallow as the iPad with a Smart Cover. These are more just about comfortable viewing while using the iPad with the keyboard. On less solid surfaces such as a couch or bed, you can just lean the iPad against your knees to hold it up while you type. 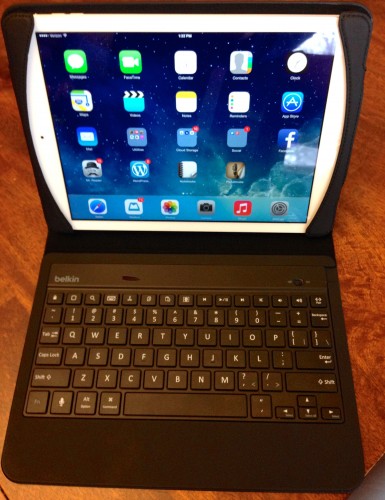 Since I started using the Belkin QODE Slim Style Keyboard Case my iPad Air hasn’t been removed from the cover, and I use the keyboard for hours each day. I was concerned after a week or so about the battery (there is no power indicator), so I plugged it in, and within 10 minutes the charge light was out – indicating that the keyboard was still almost fully charged. Belkin claims 60 hours of use on battery, and based on this I have no reason to doubt that is true. 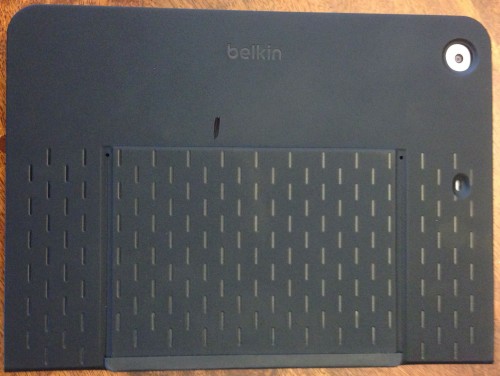 I have always preferred physical keyboards to virtual keyboards, but previous attempts with iPad keyboard cases sent me back to external Bluetooth keyboards. The Belkin QODE Slim Style Keyboard Case is excellent in terms of size and weight, cost, battery life and functionality. After a couple of weeks I cannot imagine NOT having my iPad constantly in a keyboard case like this.

What I Like: Great fit for iPad; reliable connection; excellent battery life; slim and light case

What Needs Improvement: Non-standard layout for some keys; Cover does not shut off-screen