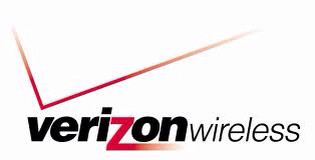 My wife and I have been trying in vain to keep her dying iPhone 4S alive. Last night, 1/3 of the 4S touchscreen gave up on us, and we conceded defeat and headed to the Verizon store to get her a 5C. Getting the new phone was fun, but it was even more entertaining to listen in on the various conversations and transactions around the store!

Hands down, the most common conversation was customers complaining that Verizon has mis-billed them, since “There’s no way I used this much data!” I saw Android and iOS users alike complaining about this, with attitudes that ranged from confused to indignant. The store employees have been well trained, and I noticed all of them calmly reviewing with their customer how to use the various data-tracking apps, as well as reviewing the installed apps to see where data was sneaking out. But it did strike me as interesting that in a store of around 30 people, at least 3 were there to complain about data use! My guess is that this is going to increase as a common complaint as more and more people buy smartphones on small data plans, and are surprised the first time a heavy month of GPS/Pandora/YouTube use triggers an overage or warning.

We also did some people watching, and it was fascinating to see which demo devices received all the attention. Hands down, the iOS displays were the busiest-when Sarah wanted to go look at the 5C, she couldn’t get to the display because it was too crowded! Meanwhile, the standalone displays for the HTC One and the Galaxy S4 were very nice, but very empty. It was also interesting to see which phones were given slots on either side of the iPhones. You’d think that Verizon would merchandise similar Android phones nearby, but instead the Blackberry display sat to the left, and Windows Phone (and the new Nokia 2520) sat to the right. It’s possible that Verizon put less popular devices around the iPhones to avoid clogging the whole area, but then it occured to me that they may have been keeping the Android and iOS fans as far apart as possible to avoid bloodshed!

What really surprised me was the salesperson’s reaction to Sarah’s 4S issues. She explained she had been suffering through some issues (spontaneous reboots, slow performance, and a battery life equivalent to a fruit fly), but the dead touchscreen swath was the final straw. Apparently, aside from Sarah’s unique touchscreen issue, many 4 and 4S users have been complaining to Verizon that the iOS 7 update caused their phone significant issues. Now, this is hardly a scientific sample size, and it’s not like people happy with iOS 7 are popping into carrier stores just to tell them they like the update, but, to quote customer service, iOS 7 was “like putting a big motor into a little car-sometimes it just burns it out.”

You can learn a lot about smartphones from hanging out in the Verizon Wireless store. None of it is terribly shocking (People don’t know how to check their data! iOS 7 was too much for older phones! People like playing with iPads!) but it’s different to see it all in action!