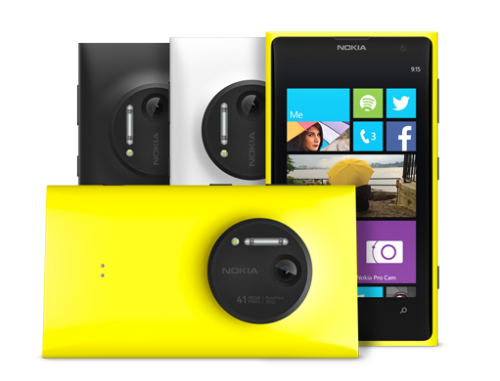 It seems everyone who reviews Windows Phone 8 loves it, they just “aren’t in love with it”. And Nokia Q4 2013 sales figures show a product category limping so badly it couldn’t eek out a sales gain during the recent holiday quarter.  No doubt Microsoft will keep pushing Windows Phone, but is that enough?

Hardware partner Hewlett-Packard is publicly signaling Windows 8 demand is not increasing either with their “by popular demand” Windows 7 advertisements spotlighting the “return” of Windows 7 as an operating system choice for new buyers. 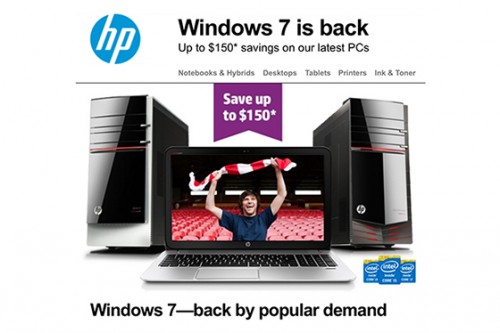 So if Windows 8 is tanking, and Windows Phone is struggling to grow, what’s the prognosis?

It’s unlikely Windows Phone will go away entirely; Microsoft surely recognizes the importance of mobile. However, it’s been over a year since Windows Phone 8 was released in October 2012. As an owner of a Nokia 928, I don’t see the type of steady progress in the application catalog which normally signals more widespread acceptance (even BlackBerry has taken a pass on building an app for Windows Phone).

Sure Nokia/Microsoft have taken the “beautiful camera” approach to marketing the Lumia 1020, but you know what? Beautiful cameras are a dime a dozen. And judging from Nokia’s recent sales figures, the marketplace agrees.

It’s time to admit that both Windows 8 and Windows Phone are failing. Not in a “going out of business” type of way, but in a “not high on my kids’ wish list” type of way. Windows 8 is seen as a necessary evil to upgrade in the workplace, but as signaled by HP’s “back by popular demand” campaign, the new OS does not seem to have caught any momentum with home users.

Here are a couple of suggestions for Microsoft:

Make XBox Music free but only on Windows Phone. My daughter loves this service so much she carries an unactivated Nokia 920 with her just for the music (she has an iPhone 5C too). Yes this will cost Microsoft money, but once Microsoft gets people hooked they can gradually up the price (see Microsoft Office history for details on how they did this).

Instant Messaging is the new email. Microsoft failed miserably with their message applications on Windows Phone 8. The Facebook Messenger integration does not sync messages as similar apps on iOS and Android do. The integration to Skype is through a separate clunky app and not the main messaging application. They need to fix this now.

Windows Phone needs to own the sub $200 (contract free) marketplace. The trend in North America is toward contract free. T-Mobile started that trend, and AT&T is picking up on it; other carriers will follow.  Most consumers are not going to pay $750 off-contract for the latest Samsung. Microsoft has an opportunity to further jump into this space by getting their Lumia 9xx type phones down in the sub $200 off-contract price range. This should happen ASAP, before Samsung and Apple know what hit them.

Get Rid Of Metro as a start screen on the Windows desktop. Throw all the phone type apps into the Metro interface, but don’t force office workers to boot into Metro. This sounds like what Microsoft may eventually do; this should have been the plan from the start.

Is it too late for Microsoft? In the short term, yes. Surely they are making money hand over fist, though largely that seems to be from areas such as Microsoft Office where corporations have no realistic alternative than to keep renewing their licensing. However Microsoft needs to move beyond the “we don’t have any choice but to pay” into the “we will gladly pay” market. So far they’ve not found that spot. Hopefully they can before their market share deteriorates further.