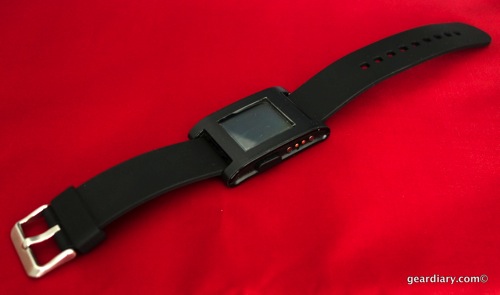 When Pebble announced the new Pebble App Store I was intrigued. I was an original backer of the Pebble but sold mine when it came. I went out and picked up a new one and realized I needed to find a way to keep it from scratching. That’s where SlickWraps Pebble Watch Color Series Matte Black protection came in. 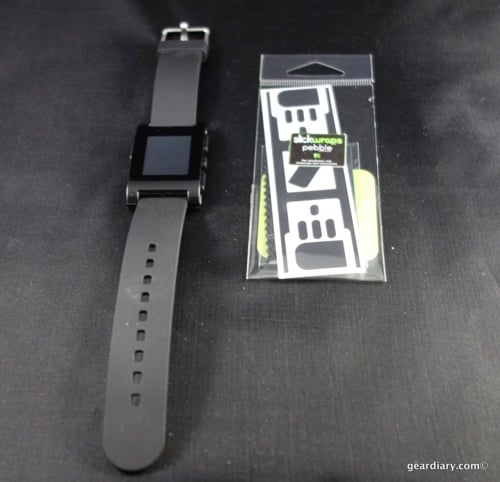 I wasn’t planning to get a protective film for the Pebble until Elana asked me when I would be getting one. I said I wasn’t, and she looked surprised. “Yeah, but if it is scratched up you won’t get as much for it on eBay, and you and I both know it will end up on eBay sooner or later. Get the protective films.” When I saw how scratched up Travis’ Pebble had become, I went and ordered a kit from SlickWraps. At just $8.95, I should have ordered a few of them. That would have been easy since there are so many options. 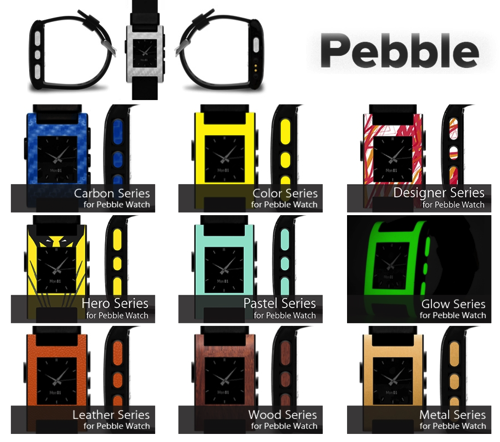 I love all the available options for changing the look of your Pebble. I bought the kit for the protection it offered but I can see people buying one just to change the Pebble’s appearance. As SlickWraps explains:

Specifically designed for the Pebble Smartwatch features accurate cutouts and full access to all the features of your device. The extremely durable commercial-grade and specially engineered film is scratch-proof,damage resistant and water proof. Elegant and high-end design, it gives the Pebble Smartwatch a clean, fresh new look. 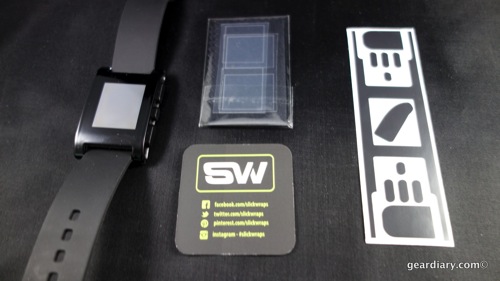 In the package you’ll find the full body coverage that wraps around the frame and extends to the back rails, covers for the buttons and an XD Screen Protector. Oh, and the product is made in the US. 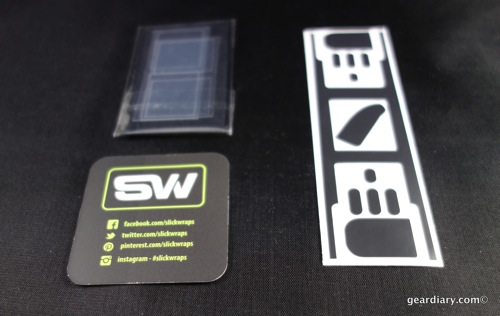 The high-quality PVC Film was precision cut and rather simple to apply. I made a mistake and put the black wrap on first. That wasn’t an issue in itself but when I went to apply the screen protector I found that I couldn’t get it seated precisely inside the open space. The result was a somewhat unfinished look. It bothers me but not nearly as much as a scratched up Pebble would. I do know that when I order a new film I’ll install the screen protector first and then set the protective wrap around it. 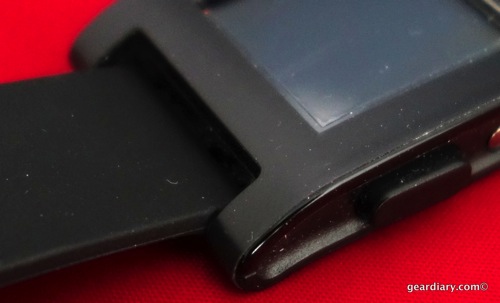 I like the matte finish of the film and like knowing that the screen and face of the watch now have something protecting them. I did try the included button films but removed them within minutes. Not only didn’t I see a need to protect them but the SlickWraps films added a sharp edge to the buttons. They actually made the buttons look less finished rather than more. 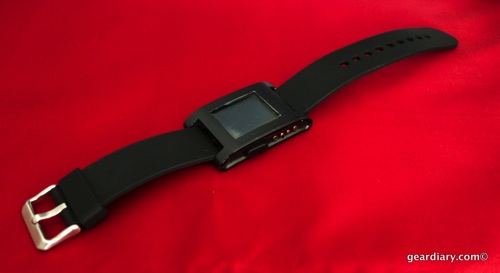 I’m quite pleased with this purchase and feel more confident wearing my smartwatch now that I know it is protected. 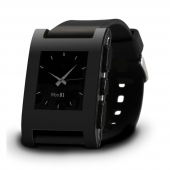 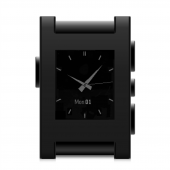 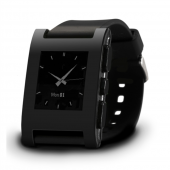 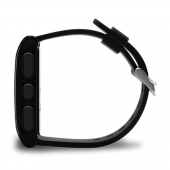 You can read Bryan’s experience with SlickWraps by clicking here.

What I Like: Available in multiple colors and designs; Applies easily; Offers up good protection; Inexpensive;

What Needs Improvement: One should apply the screen protector first in order to get the best install; Button covers don’t seem necessarily