Posted By: David Goodspeed May 21, 2014
ShareTweet

It has been a few years since I last reviewed the hip boxmobile from Kia. That was the first-generation Soul and it arrived a bit late to the party segment that includes the likes of Scion xB and Nissan Cube. No worries though because not only did Kia bring a good vehicle but a fun marketing campaign along with it.

Gear Diary has already had two members take their turns behind the wheel of the next-generation 2014 Kia Soul, Judie at the launch and Carly this winter. Now it’s my turn. 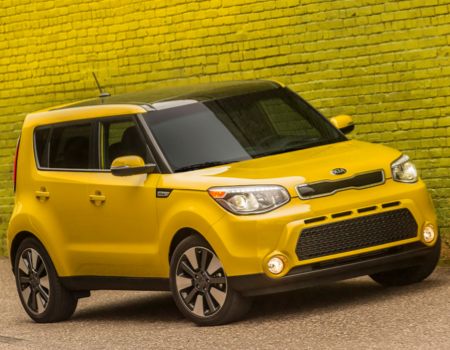 The first thing that catches my eye in the press release is the last line that states the 2014 Soul is totally transformed. No, not really. The new vehicle arrives on an all-new chassis that is reportedly some 29 percent stiffer but most will not notice that when driving the Soul as the foundation was already fairly solid. I liked the first chassis and I like this one as well. Without the benefit of driving a first-gen back-to-back with this one I cannot speak to exact specifics but once behind the wheel I did not feel totally transformed. 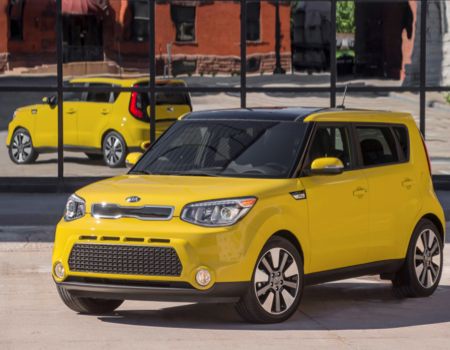 The powertrain – 164hp direct-injected 2.0-liter inline four-cylinder engine backed by smooth six-speed automatic gearbox – is a nice complement to the vehicle and rarely did I find myself wanting something more akin to the peppy turbo of the Nissan Juke but every once in a while I found myself asking “what if.” Base model Souls come with a 130hp 1.6-liter four and both engines have been tuned to deliver more low-end torque for a more powerful experience around town. 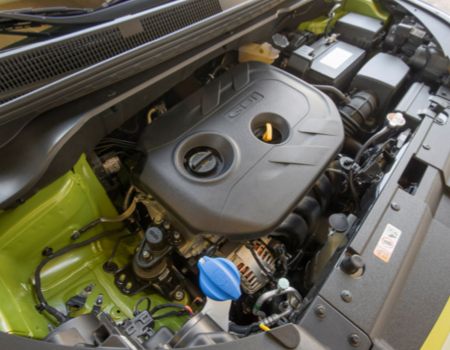 The Soul is a front-wheel-drive only platform so no option for rally action with this funkster although ride and handling has been improved as front and rear suspensions saw attention from Kia engineers and that new Flex Steer electric power steering is cool with its adjustable response settings of comfort, normal and sport with mine remaining in the latter the entire week as I like a stiffer steering response.

Overall the vehicle rides really well but it is still a box with a lot of greenhouse glass on top throwing center of gravity a bit high, a common phenomena for this cast of characters. Never, however, does it feel unsafe or even unmanageable. Kia engineers have obviously done their homework on this one. 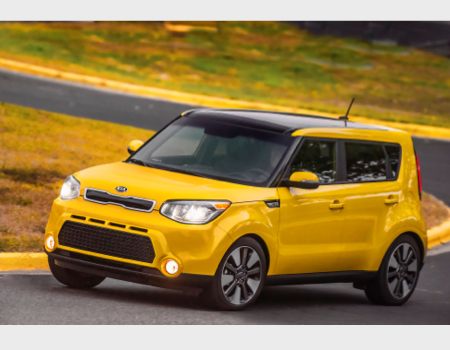 Chassis improvements allowed designers to build more passenger and cargo space into the new Soul while also giving it a more comfortable interior with new features. While the paperwork that arrived with this test model did not tell me which trim level Soul this was I surmised from the press information it had to be a 2014 Kia Soul Exclaim as it was fully loaded and came with – get this – a package called “The Whole Shabang.” Kia also offers the 2014 Soul in Base and Plus trim levels.

Other amenities we enjoyed were the stylish 18-inch alloy wheels, panoramic sunroof with power shade, leather interior, push-button start/stop (you can’t even get that on a Sierra Denali that costs twice as much) and convenient 8-inch touchscreen display/infotainment system with rockin’ Infinity audio system. 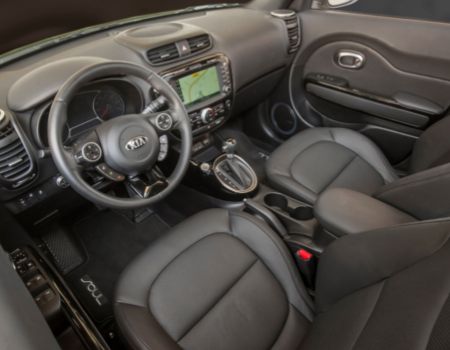 Oh yes, let’s not leave out the adjustable lighting that had been upgraded for 2014 to allow mood function or, as I really liked in the first-gen Soul, music response. Aside from heated steering wheels this feature may be my favorite guilty pleasure in a vehicle, and I can use it year ‘round!

Pricing for this Exclaim trim level 2014 Kia Soul starts at just over 20 grand with this tester with “The Whole Shabang” tops out at a mere $26,195. Fuel economy is rated at 23 mpg city and 31 mpg highway. This is the extreme, however, as a base BASE Soul starts at under 15 grand. 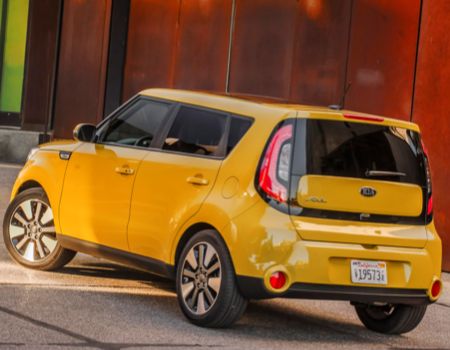 Oh, and my dumb butt just realized Kia marketing folks are so cool they simply use a punctuation symbol to denote the different model Souls, as in the Soul Plus is Soul + and the Soul Exclaim is Soul!