We all know that Apple is doomed… it must be, people have been saying so since the Mac vs. PC days of the late 1980s. In spite of their inevitable demise, Apple chose yesterday to announce that it had exceeded profit and revenue estimates while selling 74.5 million iPhones and 21.4 million iPads last quarter. 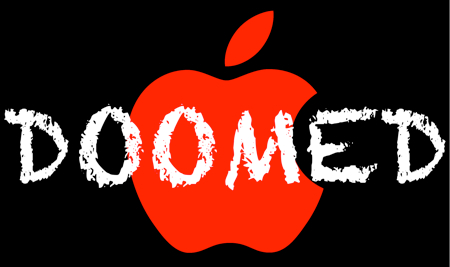 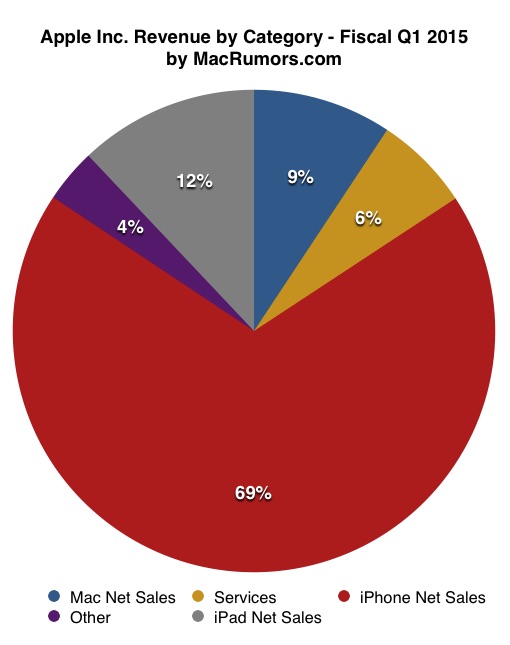 And if you want the full details of the earnings call, you can check it out at MacRumors.

If there was any doubt that the iPhone is the cornerstone of Apple in every way … well, I have no idea why there would be any such doubt, but this quarter dispels any lingering thoughts.
– iPhone 6 and 6+ are massive successes.
– “Fastest and most successful iPhone rollout ever”
– Largest ‘Android switcher’ quarter ever recorded.

A few months ago CBS News posted a review titled “Apple’s new iPad Air 2: An amazing tablet that few people need”. I think that sums up things pretty well – tablets are not phones, and after a few years on the rapid upgrade cycle, people have realized that the upgrade cycle is more like a laptop than a phone.

As a result things have started to stabilize. Also, many people who dropped >$500 for first or second generation iPads realized they weren’t getting full utilization from them – mostly web & email, media consumption or light gaming – and were happy buying cheaper Kindle Fire or Nexus or Samsung tablets. Also, the success

I love my iPad Air 2, but then again I use mine more like a laptop. Would there have been any real detriment had I stuck with the original iPad Air for another year? No. And that is the issue currently facing Apple. They are expected to launch an iPad Pro in 2015 … we will have to wait and see.

Considering we live in a ‘post PC era’, pretty much all of us still have a PC in our home and office. Over the last couple of weeks between the State of the Union and various earnings calls pictures have circulated that look like an Apple commercial – it is clear that Macs have never been more popular. And as noted in the earnings call, Apple has gained market share in 34 of the last 35 quarters (almost 9 years in a row!), and is seeing double-digit growth while the market continues to see contraction.

It was also interesting to see that the seemingly abandoned Apple TV has sold about 5 million units in the last 9 months to now have surpassed 25 million units sold. In a year that has seen more streaming services broaden their reach on game consoles and Blu-Ray players, more hardware competitors in full-systems and ‘stick’ HDMI plug-ins and so on … I have no idea how Apple managed so many sales, or what it has planned.

A few days ago we got a preview from the research firm Canalys saying that they estimated Apple as the #1 smartphone maker in China – outpacing Xiaomi and Samsung. Apple reported $16.1 billion in revenue from “greater China” — which includes mainland China, Hong Kong and Taiwan, up 70 percent from a year ago.

That is pretty amazing stuff, and speaks well to Apple’s strategy – many pundits had said that without a cheap option Apple would be doomed in China. That simply isn’t the case, and Apple has established brand value based on their product. This is far from the end of the story, but it is an interesting piece of news.

The biggest loser in all of this? Samsung. The last two quarters have seen Samsung taking a massive beating. In November it was noted that Apple had 86% of all smartphone profits while Samsung was down to 18%, the lowest in nearly 4 years.

The Galaxy S5 has dramatically underperformed in terms of sales, and the top-end products such as the S5, Galaxy Note 4 and so on have much lower profit margins, and the company has been dumping tons of money into advertising. Over the last year cheaper competitors have been chewing up the low-end and competition from Apple and LG and HTC and Xiaomi have been hurting at the high-end.

And one of the most insightful things I read noted that Samsung mistook high sales for loyalty, assuming that they were building a customer base similar to Apple. But when we have seen recently is that Samsung was filling a desire for cheap phones and big screens – whereas iPhone users want an iPhone. And when others provided cheap phones with better specs or designs, customers left. And when Apple released large-screen iPhones … customers left Samsung.

Is Samsung doomed? Haha … no. But I think it is a wake-up call for smartphone makers. 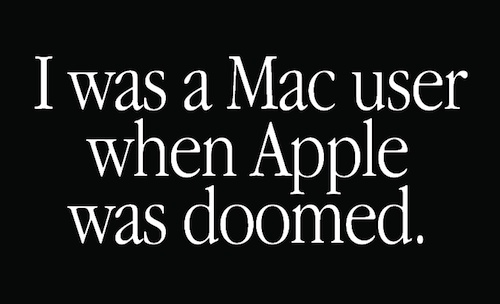 “Certainly by…2005, possibly by the end of 2003, Linux will pass Mac OS as the No. 2 operating environment,” said IDC analyst Dan Kusnetzky.

So what do you think?