As time marches on another F1 racing season approaches (the 66th beginning on March 15 in Australia), so take the pole position to relive the 65th 2014 Formula One season with Codemasters’ racing simulation game F1 2014, which is widely available now at a reduced price.

The 2014 FORMULA ONE season has seen the most seismic rule changes in the sport’s 60 year history, including new turbocharged power units and new aerodynamics, which combine to place more emphasis on racing skill and control in cars with more explosive power delivery but less downforce than previous seasons. All but two teams have changed their driver line-ups and new circuits have been added to the roster.

Players will experience how 2014’s radically different new cars feel to drive and how race strategy has changed as the season, cars, circuits and teams are authentically recreated. F1 2014 also delivers a range of new gameplay modes and enhancements to create the most accessible FORMULA 1 video game from Code masters to date. A new driver evaluation system quickly identifies a gamer’s ability and tunes game settings to an appropriate level, whilst regarded difficulty settings enable players to compete at incrementally higher levels as they become more experienced.

The new Very Easy difficulty level is the most accessible yet for new players and a range of shorter game modes and career options cater for absolute novices who simply want a fun and quick race. At the other end of the spectrum, experienced gamers who enjoy a more serious simulation of the demands placed upon FORMULA ONE drivers can customize their settings to provide a true challenge. Expanded game modes, new career options and multiplayer modes extended by RaceNet further enhance F1 2014’s recreation of the world of FORMULA ONE for long-established fans and newcomers to the series. 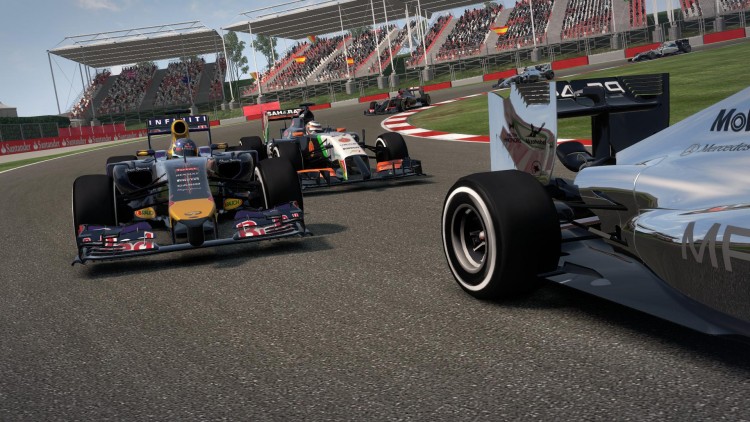 Players can experience a full season that includes seven races and 12 race options in F1 2014. Players experience the 2014 Formula One racing season and/or compete online or offline against other players.

The young drivers test provides a great one-lap tutorial for novices then evaluated, which greatly reduces the learning curve that intimidates many players in F1 games. Here players can immediately learn, get on team or drive in a non-pressure environment. Still too hard? Try the new very easy difficulty level. 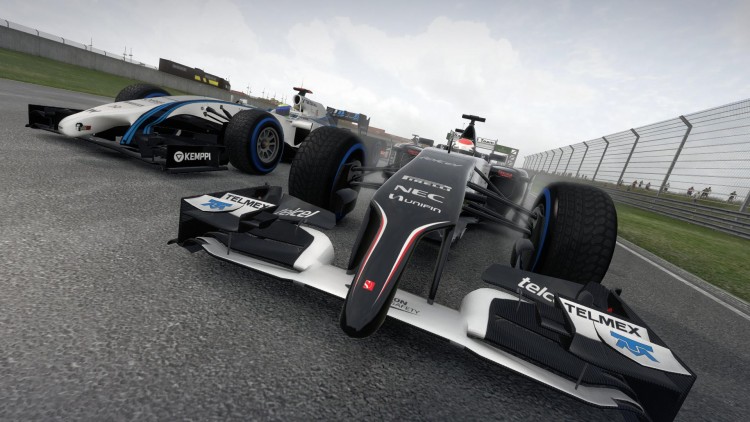 Race, career and scenario modes are in while classic mode is out. The career mode lets players try a full season, 7-race, or 12-race experiences. Players can adjust the number of laps to be completed in every race to truncate the season more if desired. The scenario mode uses historical moments and special challenges to refine player skills and reward them with medals. The classic content is missed here. Players used to be able to drive historic Formula One cars around historic tracks.

The dynamic weather condition scenarios and graphics are impressive while the convenient flashback option help players avoid restarts when they make mistakes. Use the flashbacks wisely because they are in limited supply. 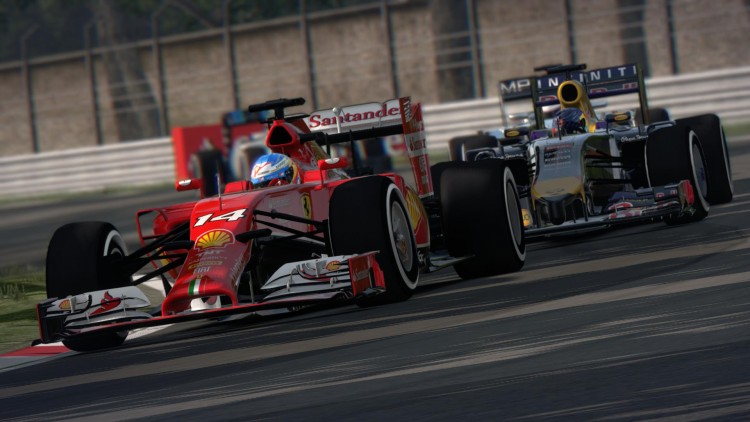 The graphics have amazing details as the cars, drivers, and tracks reflect the game’s strong physics that also get a boost from the new turbochargers that help players overtake rivals easier. It’s an immersive simulation experience that feels real and excites the senses.

Hard-core players should know F1 2014 still has strong challenges, but the various driving assistance options help drive new players through a great experience as they learn what a quality game series they might have been missing.

Developed and published by Codemasters, F1 2014 has appealing worldwide environments, new tracks, and impressive physics that should also appeal to Indianapolis 500 fans as everyone can get an exciting experience from this quality racing simulation game.

[affiliate link] and other stores)