Jawbone is quite busy these days. In addition to finally launching the UP3 Fitness Tracker that’s been delayed for months, they decided to get ahead of themselves and release two more trackers at the same time: a fairly simple UP2 device, and a high-end UP4 that tracks your fitness AND acts as a mobile payment device!

For those of you who are a little lost with Jawbone’s sudden onslaught of devices, here’s how they look, from least feature-packed to most:

UP2: This is a basic fitness tracker, akin to a Fitbit Flex or the recently retired Jawbone UP24. It will track your movements and sleep, syncs with Jawbone’s software, and has a 7 day battery life. Best of all, it comes in at only $99, and has a little bit more style than it’s predecessor UP24, so you should be able to wear it all day with pride. 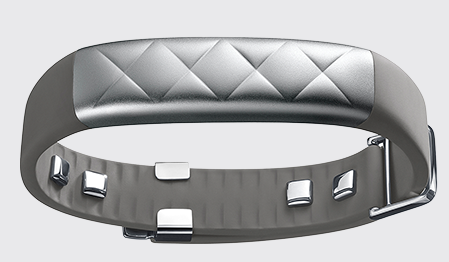 UP3: Jawbone announced this tracker months ago, then it was delayed repeatedly, and it’s finally starting to ship. It packs a slew of sensors, including heart rate and galvanic skin response, meaning it’s that much more likely to get an accurate read on your heart rate, exertion, and overall health and movements. Jawbone claims it has the most advanced sensors available, but since it’s just now shipping we will have to wait and see on how that extends to real life use. Basically, if you’re looking for the most data possible about your daily activities, and you want something that’s easy to wear all day, the UP3 is something to consider, and it is sold for a very reasonable $179.99.

UP4: Apparently the delay in the UP3 meant by the time it was released it was time for the UP4 as well. There’s very little detail on it yet, but it looks like an UP3 with the addition of NFC. Right now this only works with AMEX, but it’s still interesting to see a fitness band company break into the mobile payments side. It’s also coming in at a good price point of $200, meaning if you’re an AMEX cardholder it’s probably worth the extra $20 over the UP3 for the convenience of NFC.

All this news means Jawbone isn’t giving up the fitness and wearables market, and they think there is still plenty of room for simple trackers to find a niche. Unlike Fitbit, Jawbone isn’t cramming screens onto their devices or trying to break into the GPS watch category, but they are focusing more heavily on making their bands fashionable and pleasant to wear with both workout clothes and business suits. They’re also looking at making their app the centerpiece of all these releases. Since none of the devices have screens or much you can do to interact with them on the device, it’s on the app to provide the data analysis and health tracking experience. I’ve been using the Jawbone watchface for my Pebble, so I’ve been using the Jawbone app more, and I have to say Jawbone has done a great job of making their app easy to use and full of important tips and details. It remains to be seen if health wearables are a growing market, or if they’ll be overtaken by demand for smartwatches, but Jawbone appears to be on the right track so far!