Its hard to believe we’re so close to getting another glimpse into the Star Wars universe, as Star Wars The Force Awakens is set to arrive this Christmas. And to get all of us even MORE excited, as part of Star Wars Celebrations we get a new teaser trailer with a Luke voice-over, and a peek at Han and Chewie! 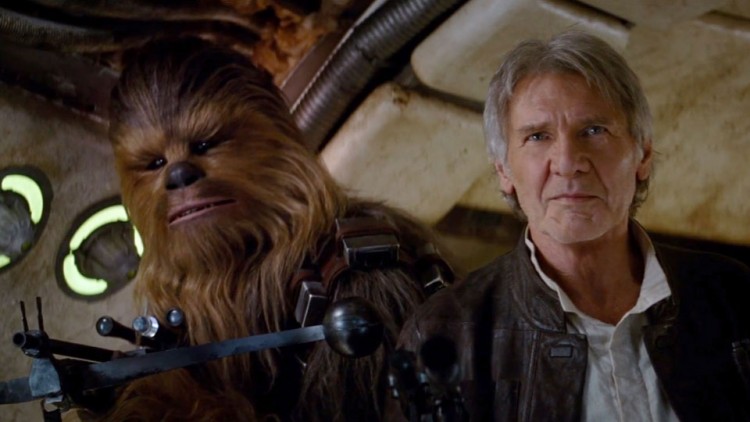 The new trailer is out and publicly available, and it is sure to get the blood pumping of all of us who grew up drenched in Star Wars mythology. Seeing the Tatooine dunes brings me back to elementary school and saving paper route money to see Star Wars again … and again … and again.

The teaser is chock full of fan service – from the Luke Skywalker voice-over ripper from Return of the Jedi but expanded for a new age, a crashed Star Destroyer, X-Wing fighters … and of course the Millenium Falcon and the sight of Han Solo and Chewbacca! Swoon!

Here is the full teaser trailer description from YouTube:

Get your first look at the new The Force Awakens teaser #2!

Lucasfilm and visionary director J.J. Abrams join forces to take you back again to a galaxy far, far away as “Star Wars” returns to the big screen with “Star Wars: The Force Awakens.”

The film is being produced by Kathleen Kennedy, J.J. Abrams, and Bryan Burk, and John Williams returns as the composer.

Here is the second teaser trailer for Star Wars The Force Awakens: