Posted By: Greg Alston May 6, 2015
ShareTweet
Even with the high price of my Wi-Fi through my network provider, when they came out to set it up, they told me that my network might be spotty in my apartment due to the actual server for my building being down the hall.
So having 4+ devices in my suite, as well as having all the amenities like the grill, the gym, and a theatre room, I like to try to depend on my Wi-Fi. The issue is that it doesn’t go far. Here’s where Amped Wireless comes into play.
I had the opportunity to review the Amped Wireless AC1750 (Model REC33A) Range Extender, a Plug-In model, which is designed to extend my wireless network for up to 10,000 square feet. Included in the black & green box are a setup guide and an installation disk. Even though you don’t need the disk to install, the process was pretty seamless for me after installing, so much so I installed it wirelessly. The LED light at the top right of the router tells you exactly if you’ve placed it too far from your router by flashing red. Obviously if you’re closer to the router, it will flash green. 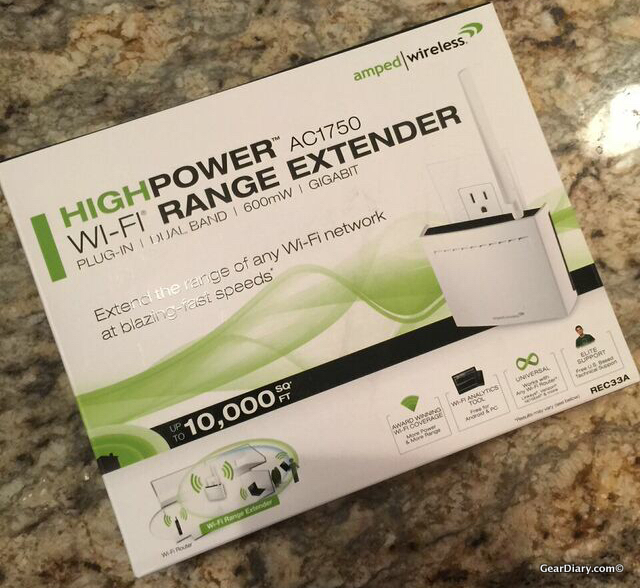 If you’re not familiar with range extenders, they are perfect for when you say, for example, have perfect internet in your living room or office, but your bedroom tends to get less than stellar connections. Unboxing was pretty simple, you have the typical items you’d expect from your average range extender you’d get from a Best Buy. The upside to this one is the fact it’s small enough to fit in the bottom of your wall outlets, leaving enough space for you to plug something else in. I wouldn’t advise using the top outlet as the AC1750 seems to be a bit bottom heavy and will cover the lower outlet. 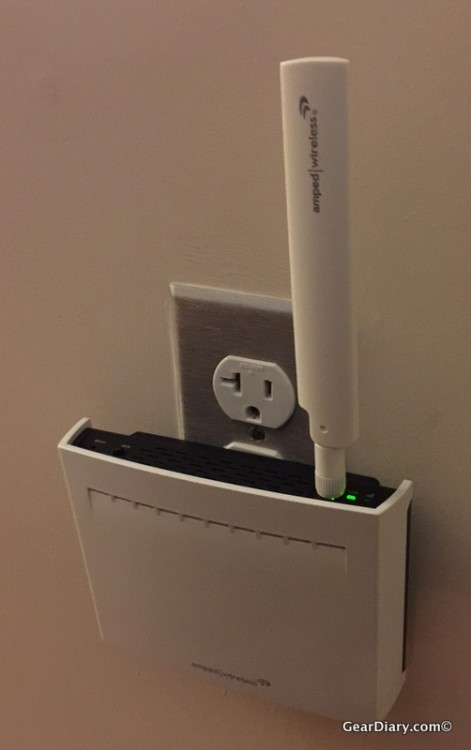 The all-white unit has a black backing which I liked because it blended in with my wall, unlike the NetGear model I used which was not only all black, but had hideous antennas, and I could never figure out exactly WHERE to put the unit besides behind my television, which doing this interfered with my service.
Having the AC1750 sitting in the outlet beside my television allowed it to not only be used with ease, but also allowed the antenna to pick up range from both of my bedrooms, and even further.  To the point I was able to go out to my patio to grill on the one rare occasion it was 80 degrees last week and I received Wi-Fi through my front door, and the patios glass door as well, with no hiccups. 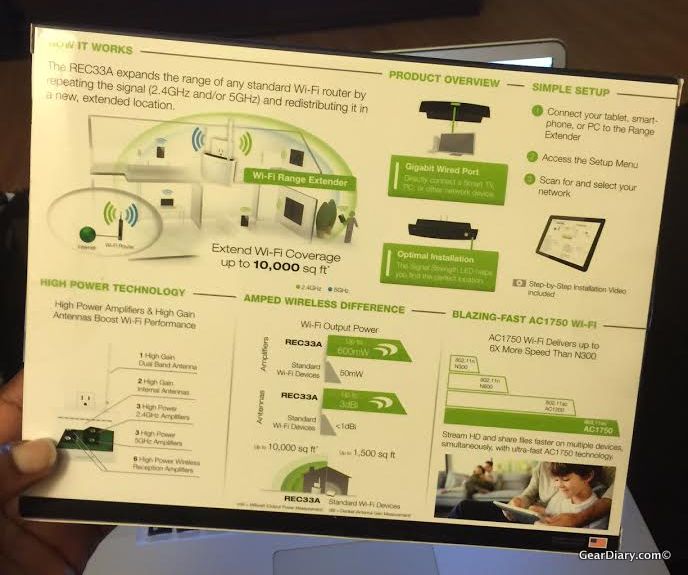 The AC1750 is rated to have the fastest speeds, ranging at 450 Mbps on 2.4 GHz and 1300 MBps on the 5HGz band, which I tested with both my Macbook Pro and my Macbook Air, downloading the same file at the exact same time. The Air finished it’s download a bit faster, but overall everything was pretty speedy. I haven’t had an opportunity to test any of Amped Wireless’s previous models, but just from the specs look at the model prior to this one, they are about neck-in-neck with expectations.
Amped Wireless’ AC1750 Plug In Range Extender is overall a great buy at $159, especially if you have cold spots in your home, or if you might have a multi-level home and need the ability to get speedy internet on all floors. The best advice I can give to you is to make sure you place the extender in a place you know that you have a cold zone in your home. Mine for example is in my bedroom now, where the internet seems to take a hit occasionally. Try to find an outlet that has an empty outlet at the bottom. 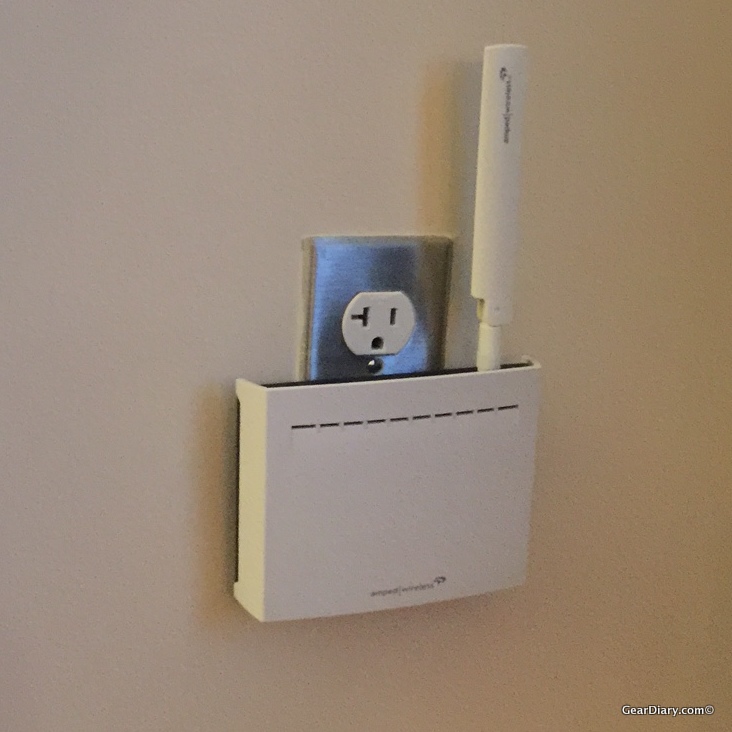 If you seem to have trouble in your home with your network in particular spots, and don’t want to spend a small fortune on the big names, the AC1750 (REC33A) is available online from their site, or through Amazon.

What I  Like: The seamless setup straight out of the box.

What Needs Improvement: Maybe make the next unit a bit smaller. The blocky bottom end makes it hard to use on some outlets.