TRNDlabs has a winner on it’s hands with its new SKEYE Mini Drone. This quad-motored drone is simple to use and can be flown by a beginner in less than 5 minutes. It’s got an onboard 2MP 720p camera and comes with a microSD card for capturing your flight. It sells for $99 and you’ll be flying in no time! 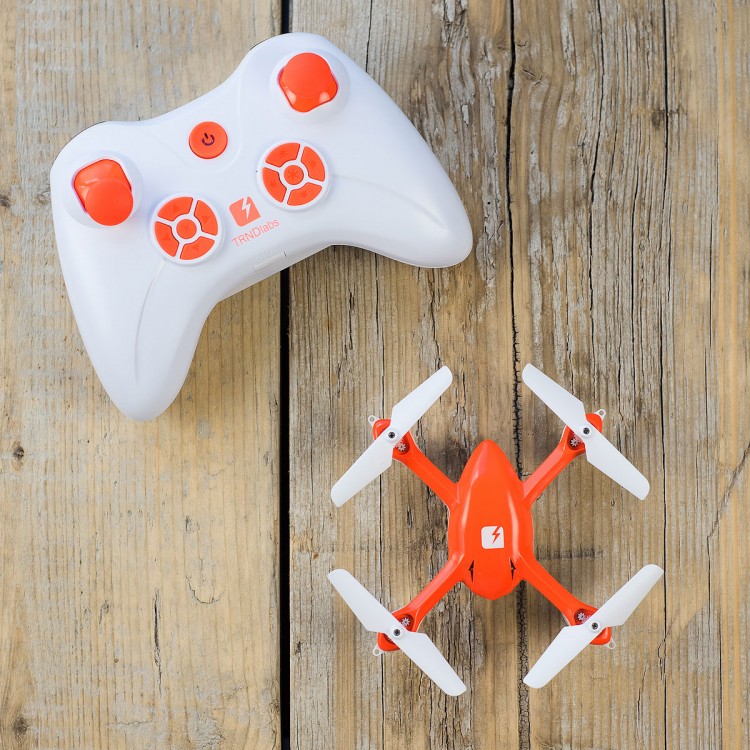 The SKEYE Mini Drone itself is only 6.25” x 6.25” including the width of the rotor protection guard and weighs just 1.35oz including the battery. This is a small palm-sized Mini Drone that packs a ton of fun. The retail package comes with the drone itself, the 4-channel 2.4Ghz transmitter, a USB charging cable, a mini rechargeable battery, the rotor protection guard, a screwdriver to remove the rotors, a 4GB microUSB card, a USB microUSB card reader, and four spare rotors. 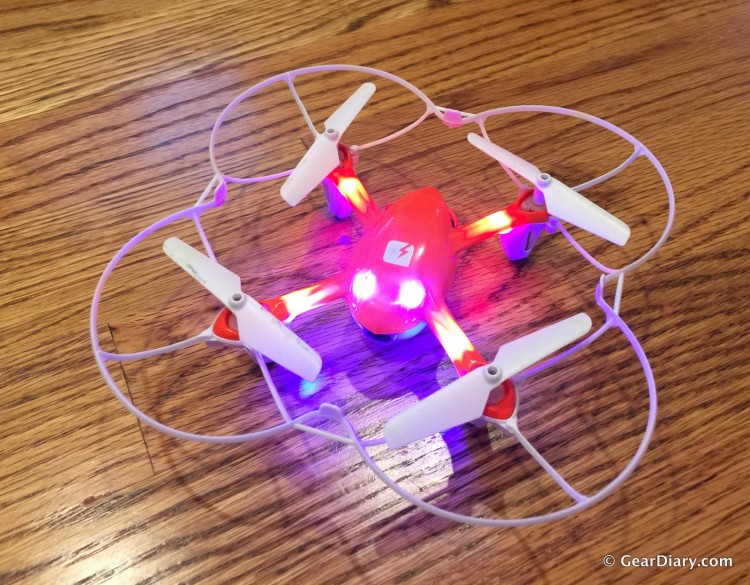 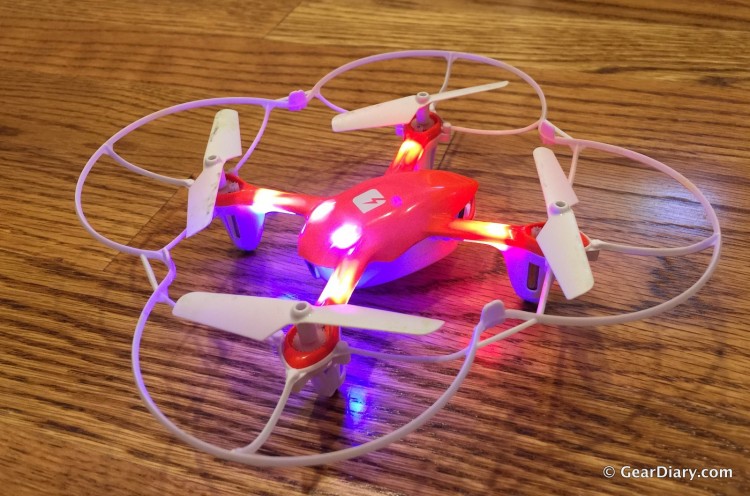 The four coreless motors are powerful enough to thrust the SKEYE Mini Drone up, up, and away in no time flat, but are responsive enough to allow even the most beginner drone pilot to control it’s flight. It has a 6-axis flight control system with adjustable gyro sensitivity with “beginner” and “advanced” modes. In Advanced mode, you can easily execute flips that’ll make your audience “ooh” and “aah.” Too bad the battery only lasts for about 7-8 minutes of flight time, but it’ll recharge in around 30-40 minutes. 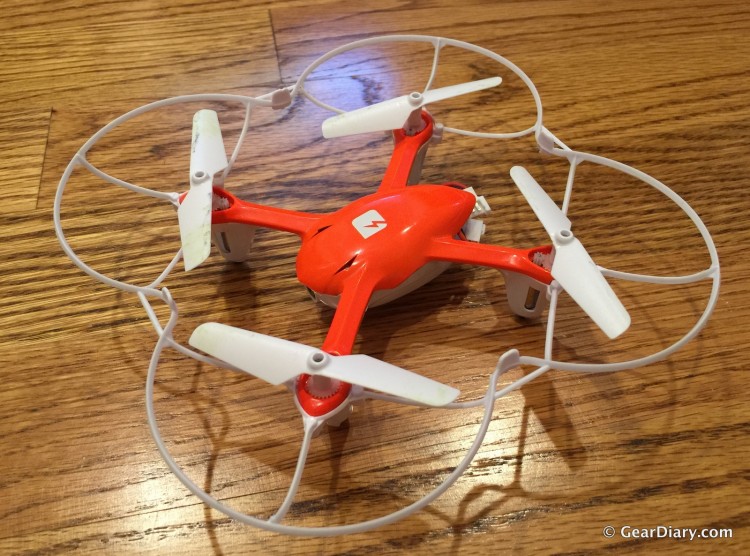 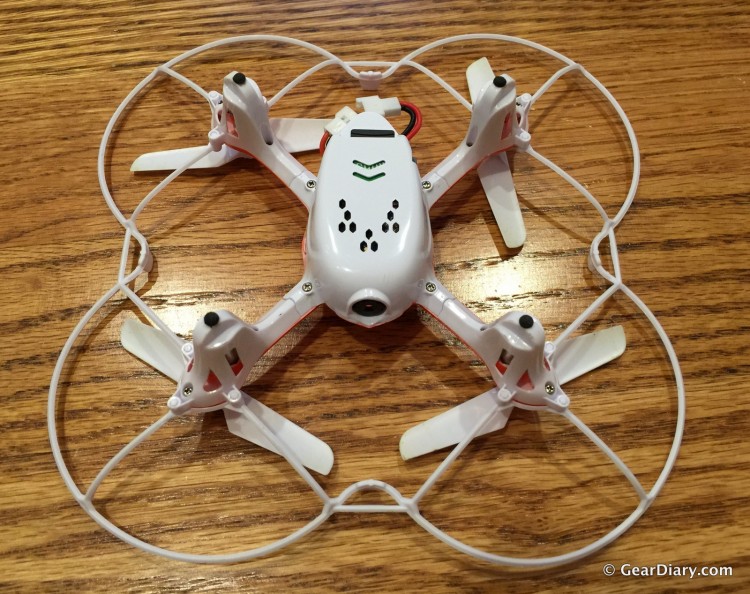 The striking orange color is perfect for my sense of gadget style and the white underbody is a nice juxtaposition. There are also built-in LEDs in the SKEYE Mini Drone both for night flying and also to add a little “wow factor.” There are two white “headlight” type LEDs that help you keep track of where the front of the drone is, since it can be difficult to do so. If you don’t know where the front of the drone is, you’ll have a hard time steering the drone where you want it to go. 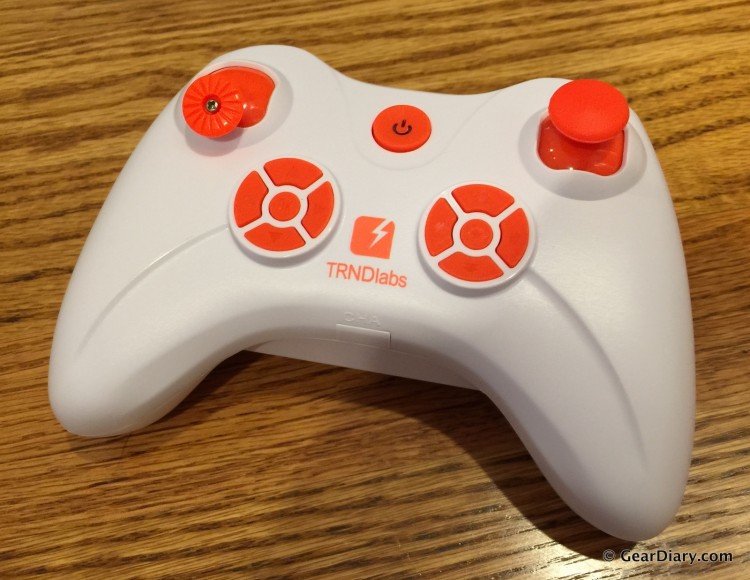 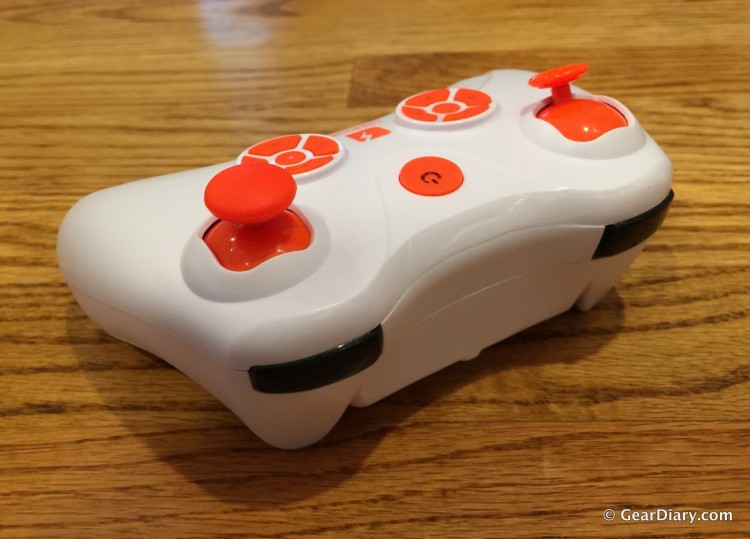 The front-mounted HD camera is great for capturing both photos and video, however you might be a bit disappointed in the quality of the photos and videos. The videos all come with the very loud sound of the motors whirring, which is to be expected, and the photos are difficult to get clear since the drone is almost always moving. Although I didn’t expect high quality photos or video, I would be lying if I were to say that I wasn’t disappointed in the quality. That being said, it’s hard to expect high quality photos and video in such a small form factor and this does not take away from the fact that this drone is tons of fun to fly!

Check out some samples of the photos and video from the onboard camera, during flight, below. You’ll see in the video that I got a little nervous about how high the SKEYE was flying and decided to cut the engines and let it fall. But fear not, even after such a long fall, it was still working just fine. 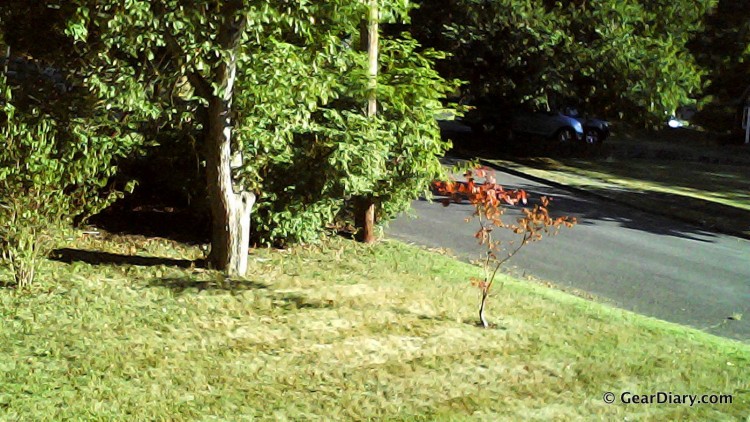 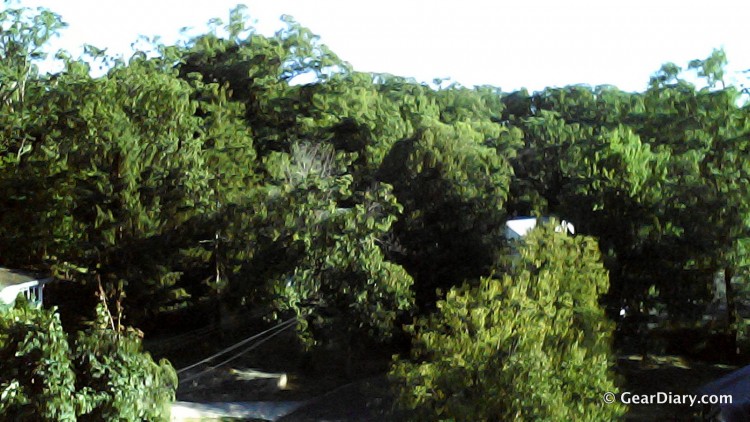 The controller is very easy to use, once you get the hang of it. The left stick is for the throttle and rotation and the right stick is for steering. There are also 8 buttons underneath the sticks for taking a photo, video, trimming, and additional rotation controls. The left top bumper button is for switching between beginner and advanced mode and the right top bumper button is to be used along with a steering button to control flips.

Overall, I had a blast flying the SKEYE Mini Drone and can’t wait to see what’s next for consumer drone technology. You can see in the photos of the SKEYE Mini Drone, with it’s scuffed rotors and body, that I used it a lot and you will too once you see how fun it can be to fly. Thanks to the rotor protection guard it’s even fairly safe to fly indoors as long as you know what you’re doing.

You can purchase the SKEYE Mini Drone directly from TRNDlabs.

Source: The SKEYE Mini Drone was provided to me as a review sample by the manufacturer.

What Needs Improvement: The quality of the video and photos isn’t great, but it’s hard to expect that from a small and inexpensive drone.