I look at wallets for three things: Simplicity, minimalism, and overall design. On average I carry around eight cards, along with a few cards and a MetroPass, so I want my wallet to house all of this. This is where the TGT Wallet helped me out.

The TGT Wallet is about as minimalistic of a wallet as you can possibly get. After being successfully funded on Kickstarter, they are still to this day the most profitable wallet funded on the site, so clearly this wallet isn’t something to take lightly… unless it’s in your pants pocket. 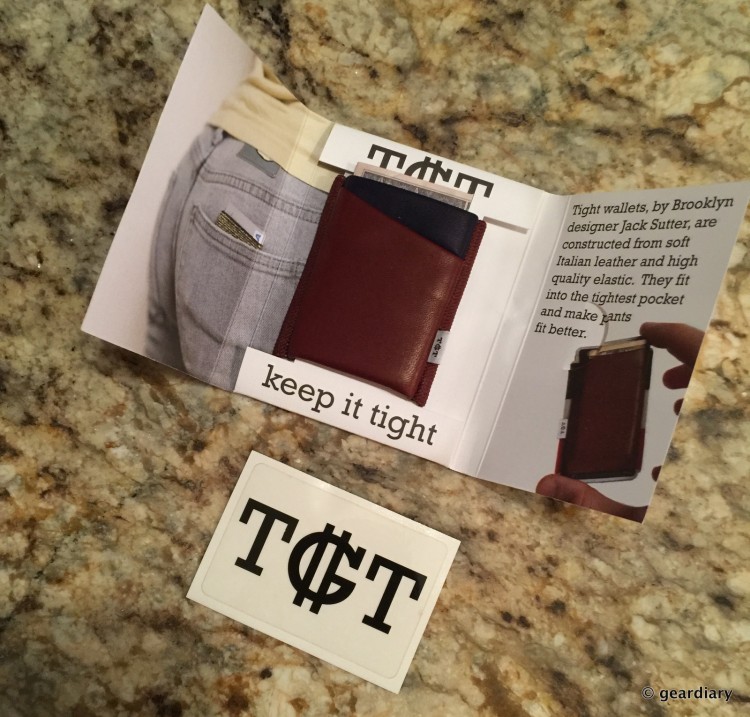 First off, the wallet is SUPER light. And it’s also super simple. When you look at it, the TGT wallet might look like a coin wallet, but trust me, it’s a beautiful piece of leather that houses all of your most used cards. 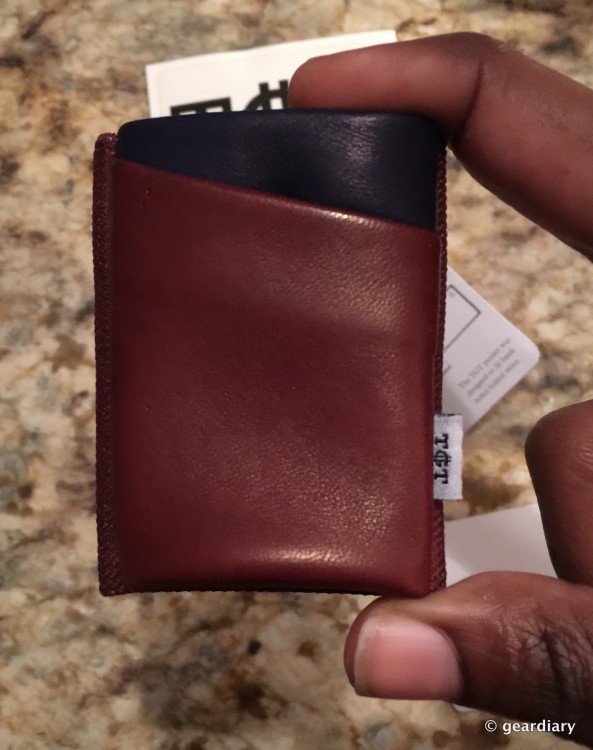 After shedding a lot of the cards that I don’t need to carry around everywhere, such as Sams Club, and a few others, I settled down to the bare necessities. The TGT wallet is known to hold about 10 cards without little struggle at all. 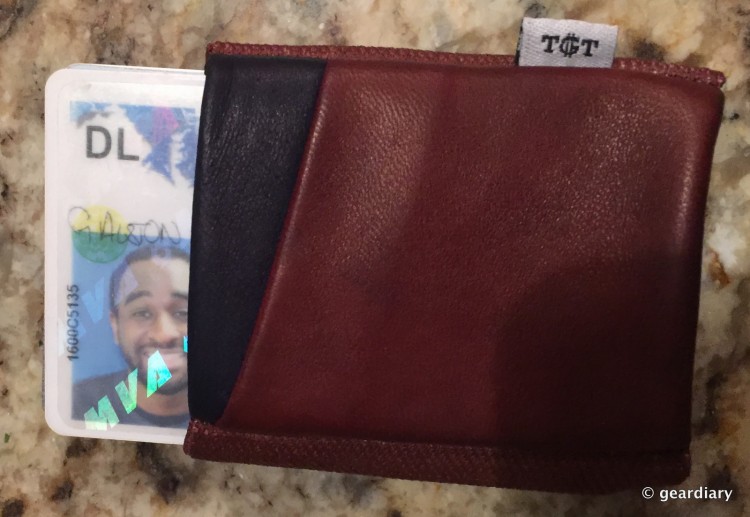 Simplicity is the major design of the case, as it’s essentially an elastic band with a pocket on the front for folded cash. Once you get the cards in the TGT, they are secure. I was able to fit all eight of my cards in comfortably as well as three folded bills in the front leather pocket. 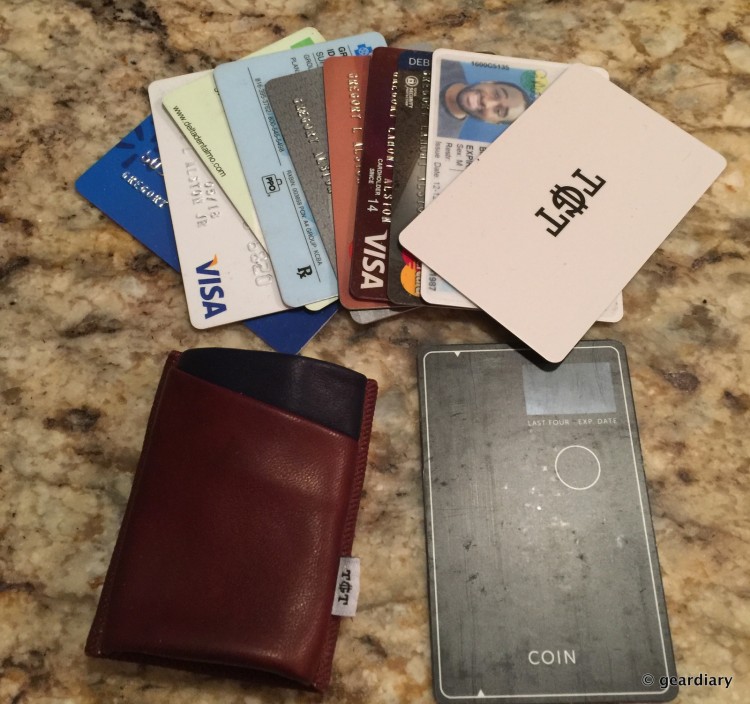 One challenge I did have was during the first few times that I had to actually pull out a card, it was a bit rough getting out quickly versus your standard bi-fold. But after getting a system down, it becomes second nature. 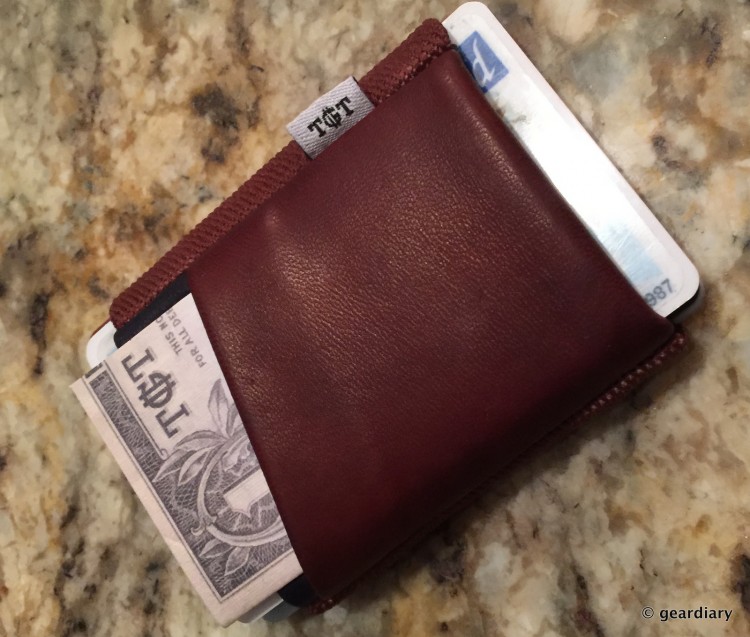 I’ve been using the wallet for a few weeks now and the elastic band is still as tight and strong as it was when I first received it. The leather has held up well and it’s soft to the touch. Obviously wear will happen especially with daily use, but the good thing is it will only make the wallet look that much better. 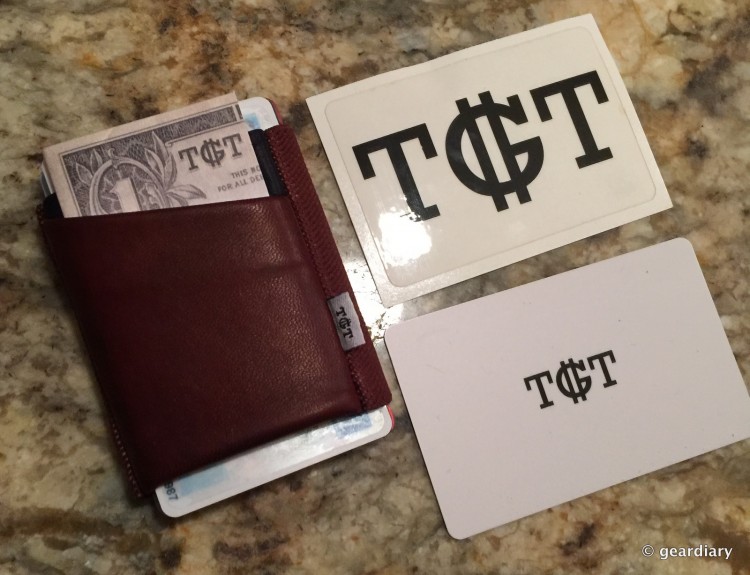 That being said, if you’re looking for a smaller wallet, that will be “barely there” in both your front and back pocket, the TGT wallet is easily the wallet you need in your life. There’s also PLENTY of styles to choose from, depending on your mood. So why not grab two? Maybe three!

Get yourself a TGT Wallet today!

What I Like: Elastic doesn’t warp; variety of color ways

What Needs Improvement: Nothing that can be improved, but friction between cards will happen.