I’ve just returned from IFA, and one of the most invaluable tools that I brought with me was the Jackery Titan 20,100mAh portable battery. Used with the Jackery Jewel Lightning Cable that I recently reviewed, I was never without power and I could go days without recharging the battery pack. 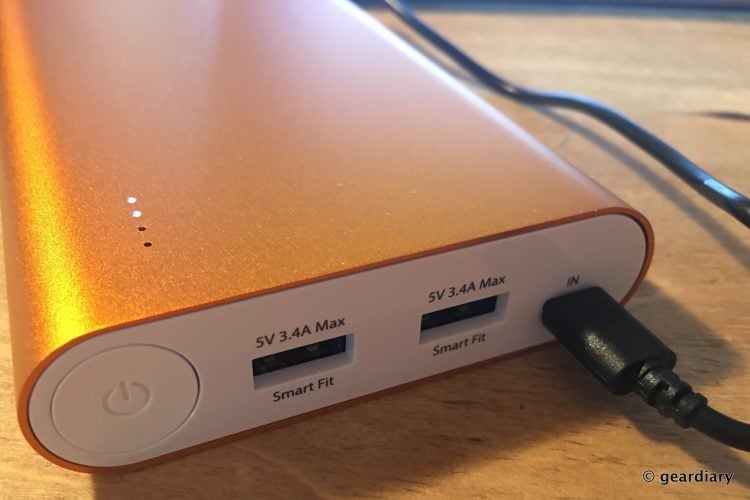 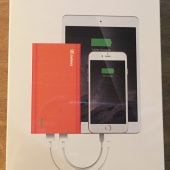 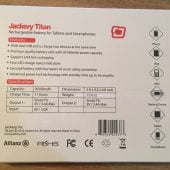 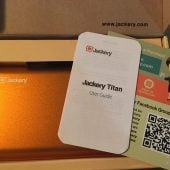 The Jackery Titan is a beast of a battery; measuring 5.9″ long by 3.2″ wide by 0.8″ thick and weighing 14.9 ounces, the Titan isn’t as small or light as many of the portable batteries we’ve reviewed. However, it has enough redeeming qualities that I was happy to carry it around in my backpack for the better part of two weeks.

To start, the Titan is available in either a black or orange aluminum casing; inside that casing is a “Panasonic grade A Li-ion polymer [battery], which last 500+ recharge cycles.” Unless you value stealth, go for the orange; it is beautiful and eye-catching. There are four LEDs on the top that alert you to charging progress or charge status, with the amount of power available being measured in 25% increments. 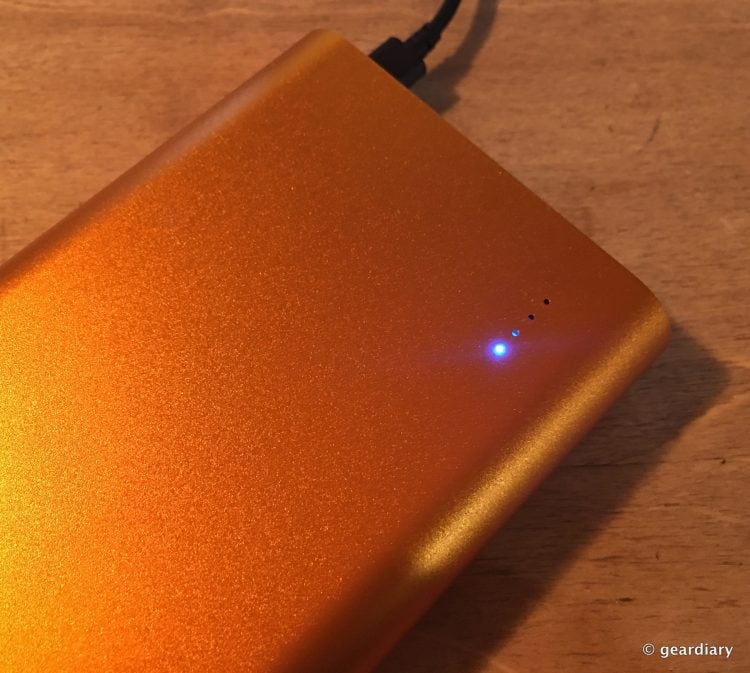 The Titan is equipped with two 5V/3.4A max fast charge ports; if you have a device that draws more power when charging than the typical 1A, or if you have a fast charge capable mobile device, then you will appreciate the power that each of these ports provides.

Because the battery is so large, you’ll get your best results when you use a 2A or larger wall charger (not included) coupled with the included microUSB 2.0 cable. Jackery says it takes 11 hours to fully charge the Titan, but I found that since I never completely ran it down, topping it off for a few hours while I slept each night was more than enough. 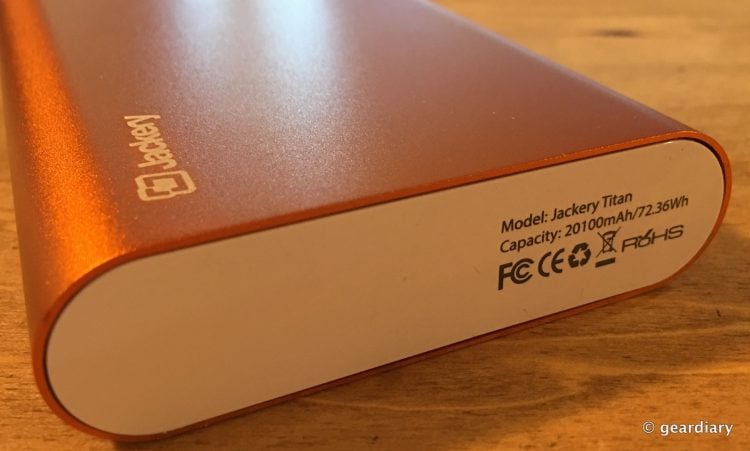 Keeping the combo of the Jackery Jewel and the Titan in my backpack during IFA and the following week during vacation, I never once had to worry about whether my iPhone 6 Plus or my iPad Pro would run out of juice. I found that I could use the Titan as needed for three or four days at a time, and I never got below 50% battery power left. It came in handy on the plane rides to and from Europe, because I never had to worry about finding a USB port for my iPad or iPhone — I simply plugged them into the Titan and they were topped off.

If you have been looking for a large capacity portable battery with fast charge capabilities, look no further than the Jackery Titan; it’s just about perfect!

The Jackery Titan 20,100mAh Portable Battery retails for $35.99, and it is available from Amazon [affiliate link].

What I Like: Huge capacity battery with fast charge capability; I was able to use the Titan to top off the charge on my iPhone and iPad Pro for several days before it needed recharging; The orange version is lovely; Works great in conjunction with the Jackery Jewel Lightning cable