Just about every person who identifies as anything other than straight has their “story”. We all have that moment where the niggle in the back of our head, the one said “something is different” finally turned into a full-blown realization. It’s something I’ve personally never seen expressed well in television … until Supergirl. 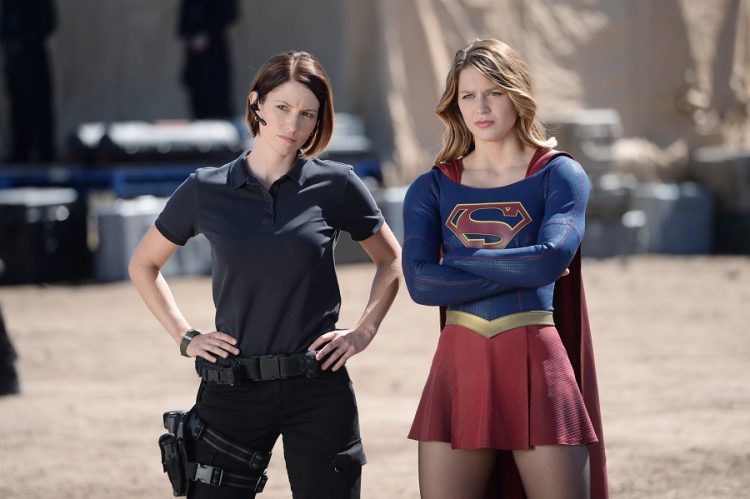 (Spoilers ahead for Supergirl season 2)

On Supergirl, two of the main characters are the titular Supergirl, and her adoptive sister, Alex Danvers. The first season didn’t really feature romance for Alex, and there were rumors coming all summer that as part of the jump from CBS to the CW, the writers had been given the green light to add a gay character. It was a natural fit to give Alex the gay storyline, but … it’s the CW. No one had much faith in them handling it with finesse or care.

So I went into the episodes with very low expectations, and to my shock, I haven’t stopped crying since. You see, everyone has their own “story”, but there’s always parallels and similarities. And Greg Berlanti, the show runner for Supergirl, clearly poured his own experiences and that of his friends into Alex’s coming out story. Because it is my story. And his story. And everyone’s story.

It starts with Alex meeting a girl. They hit it off as friends, and it turns out the girl is gay … and you can see the wheels turning in Alex’s head even before the storyline really picks up steam. It’s the first time she really sees what it means to be a lesbian, that being attracted to a woman isn’t this abstract concept but something very real. And then her new friend picks up on the crush, which flusters Alex badly, but eventually makes her realize and accept that yes, she’s attracted to women. From there she screws up her courage and comes out to her sister (Supergirl) and then to her mom (played by the OG Supergirl, Helen Slater, but anyway). The best part of all this isn’t just that she’s one of the main characters on a regular tv show coming out. It’s that she’s allowed to come out like a real person, not a sweeps week event. Alex struggles. She cries. Her sister is flustered but supportive. And most importantly, Alex articulates all the reasons and ways that she denied who she was; this might be the most organically written coming out story ever to air on television. It didn’t unfold in the course of one episode but instead has been rolling steadily as a subplot between several episodes, giving the story time to breathe. Spacing it out also helps it feel more real because it builds that tension between the characters. Alex is slowly realizing more about herself, and it’s not a one and done process, but something that unfolds over time and with ups and downs. Alex’s scene coming out to Supergirl is so spot on and well done, you have to watch the video to understand it:

So this really is everyone’s story. We all had a moment, or a series of moments, where we suddenly had to articulate that we were different. For me, I was in high school. And I had a massive crush on the student teacher subbing in my English class. I was doing homework one night, and thinking about my teacher, and I realized that the way I thought about her was the way all the teen girl magazines talked about boys. It was like the world shifted for me. And just like Alex on the show, I walked around for a few days confused, trying to sort through what that meant, separating out what I wanted when I stepped away from what was expected of me. I didn’t have a photogenic love interest to guide me, but I did have plenty of fumbling coming out moments, as well as some smooth ones (credit goes to my brother, whose response of “duh, I’m not stupid” still ranks as my easiest coming out moment). But I saw the same emotions in an actress on television that I felt at the age of 15. I would have walked barefoot through fire to have seen even a quarter of this storyline when I was a teenager.

Superhero stories have always been a loose metaphor for being different. X-MEN 2 even poked fun at that trope with iceman and his mother’s “Can’t you just not…be a mutant?” But those were always winks to audience members already in the loop. This is different. This isn’t a secret reference or a hidden theme, this is a raw and honest portrayal of someone embracing who they are. Even as television has sought to increase diversity, I never in a million years thought I would see this. I just hope every kid struggling with who they are and who they are attracted to gets to see it, too, because then they will really know they aren’t alone. We’ve all been there. And now the CW has, too. You aren’t alone.

It seems fitting to end this with a direct quote from Maggie, Alex’s love interest on the show: “Life is too short, and we should be who really are, and we should kiss the girls that we want to kiss.”