There are plenty of smart home products out on the market, but none quite as unique as the August Smart Lock. August sent over the popular smart home product that promises the user the ability to control access from anywhere, all without changing the look or lock on the outside of your door. So let’s get into it.

Ask anyone about turning your traditional home and the first responses you’ll get are light bulbs, outlet plugs and light switches, but there’s one thing we use daily that seems to never garner that much attention, and that’s your door. Compatible with Apple’s HomeKit, the August Smart lock is made for the person who either forgets their keys often or just the casual user who hates fumbling around looking for their keys when they get to the door. I received the silver color for my August Lock, and after having trouble installing in my prior home (which we’ll get into later), the August is now not only secure on my new place’s door, but it’s keeping my home secure as well. There is a dark gray model available as well, but if you want to play it safe, I suggest the silver as it goes pretty well with stainless steel door knobs and accent locks.

In its second generation, the August Smart Lock is now not only compatible with HomeKit and Siri, but it actually works with Amazon Alexa, which is a huge bonus if you’re sitting on your couch and need to let a family member in the house, you can now simply say ‘Alexa, open the front door’. But there are so many more facets to the August Lock that has made it a mainstay in my smart home.

The packaging is pretty straightforward, highlighting the company’s name at virtually every turn of the box before finally getting to the August lock itself. It’s a pretty huge device if we’re being completely honest, and will certainly stick out from your existing door. One concern many might have is if swinging your door open and there’s a door or wall behind it without a doorstop to create space between the two, you might occasionally bump it into whatever’s behind it upon opening the door, but since the August lock is very sturdy and obviously well made, this should be the least of your concerns. Also in the box, you’ll receive a brief instruction manual welcoming you to your new lock, a mounting plate to affix onto the door, as well as a couple adapters that work according to the lock that you currently have installed on your door.

Since the August lock works with Apple’s HomeKit, like most of the accessories on the market that do, it comes with a unique code within the instructions that allow the August lock to be synced to your devices. Apple’s forward thinking is great because I misplaced my card as soon as I unboxed (later to be found) and they also included the code on the back of the lock itself so don’t worry if you somehow misplace the instruction portion.

Installing the August lock is actually pretty simple if you follow the proper steps. When you unscrew your existing lock on the inside of your door, be sure to keep the screws handy because you’ll need them for the new plate. The pre-existing plate that went on the door you should store somewhere safe where you won’t lose any of the materials. I chose to just throw them in a plastic Ziploc labeled “Old Door Lock” and stashed away in the event I do move and need to replace the door mount again.

When you place the August Lock mounting plate on using the screws that went with the old lock, August will fit right over that.

Once you place the correct adapter in the available slot on the rear of the August Lock, there is a lever to the left and right of the adapter slot that you will simply open up, place over the mounting plate, and close the sides.

At first, the size will honestly be a little daunting to look at, but trust me, it’s functional. Since the motor and all of the necessary components sit inside of the August itself, this account for its size, as well as its usability. Since the August does protrude, though, it makes physically turning the knob to lock and unlock that much easier if you have to do this manually.

(Side note: It’s worth mentioning that August not only offers a smart lock, but a smart keypad for pin code entry, as well as a doorbell camera to see incoming guests and deliveries. Living in an apartment I could not hard wire either to fit my door, however August was nice enough to send me a unit to showcase for my review. The Doorbell camera is pretty small, but has a wide viewfinder which alerts you according to the proximity of someone approaching. So if you are at work and UPS drops off your package, you’ll get a notification, similar to when you unlock your door with the August Smart Lock. The Smart keypad is excellent when you have children coming from school, or family members/guests who you don’t want to have a key, but need to gain entry into your home, such as a caretaker or cleaning service.)

If you live in an apartment, I suggest contacting your landlord first and seeing if changing your locks is something that will break your lease or not. This was not the case for me, but it’s certainly worth mentioning beforehand. When maintenance teams come into your home, you want to make sure that they not only tamper with the lock but know that the lock will adjust once they have left. This is where things get so much better!

Using the free August app in the App Store, you can begin to setup the August Smart Lock.

The app will scan for nearby locks before finding yours, asking you to choose a name for the lock, and the home you choose to use this for. As with many HomeKit products, the August Lock works better with a hub, so if you have the latest Apple TV that will work as a bridge, or you can use August’s own August Connect which I received as well so you have access to locking your door from anywhere, perfect for those of you who have a nanny, or visitor who needs to get in and out of your apartment when you’re not there. Also in the app you’ll be asked if you want to set up your home (if you haven’t), but if you already have a smart home setup with HomeKit products, you can just simply add it to that. Like most HomeKit products, you can share access to the August Lock by giving a guest or friend a “key” so to speak for getting into your home. This is an AWESOME feature if you have children who have a smartphone as well because not only can they unlock the door with their device, but you will receive a notification when they’ve used it to get in, knowing that they are safe and sound.

Deep within the August app are lock settings where you can change virtually everything about the August Lock from the name, to calibration, but most importantly the ability to auto-lock or unlock. This is perfect for those of you who just want your August lock to automatically unlock your door when you are in close proximity for those worst-case scenarios when you have a hand full of groceries, or just simply went to walk the dog and forgot your keys on the countertop. 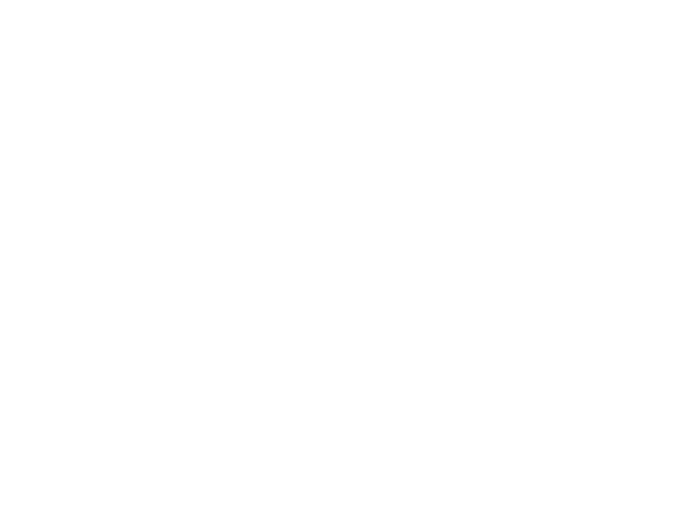 August also send over their August Connect which allows you to access your August Lock from ANYWHERE, regardless if you’re down the street or across town. Although you can always go the route of using the Apple TV as a hub for all of your HomeKit products, I appreciate the fact that August sent their own, which works just as well. At $79 it’s certainly cheaper than the Apple TV, although it only serves one purpose, which is to remotely control your lock. It’s small enough to not take up space from adjacent sockets, so you can put it in your living room and leave it there without worrying about it from up to 15 feet from the August lock itself. It relies on your home’s Wi-Fi, and can also to connect to the August doorbell cam and the smart keypad if you have those.

Depending on preference, though, I still suggest carrying a key somewhere on your person, or at least having a spare key or two at a parent or in-law’s home, or a neighbor you trust. While the August lock runs on two AA batteries for its motor, like all things that run on a battery, things can and do happen. And since the August only affects the interior of your door, you can still access your home with a physical key. August states that the batteries included (or any rather) will last a solid year before needing change, but the caveat is this is all based on interaction and use. If you are frequently in and out of your home using the August lock, naturally the battery will drain more. August did a bit of forward-thinking by allowing you to receive notifications about battery life on the August, but it’s still just worth having a key somewhere that’s not “in” your home in the event anything goes wrong because remember even a smart home isn’t fool-proof.

The ability to have completely keyless entry into your home is a great feature to have (while not 100% fool-proof), over the course of the past month I have thoroughly enjoyed my August Lock, and I’ve used its features more than any other smart home product I currently use in my place. Having the ability to share though is where the August Lock really shines. As a dog owner, if we are gone for an extended period of time and need a neighbor or relative to walk Sparky all it takes is a simple gesture to unlock our door, or simply giving them access and things can be arranged. Those days of having to leave a key underneath a plant or mat are done!

For more information about the August Smart Lock, you can head over to August today.

What I Like: Not only is the lock when used with the August Connect awesome but the ability to share access with friends and family make it all the more convenient

What Needs Improvement: Physical size of the August is pretty big considering