I reject that old joke that goes, “How do you know the toothbrush was invented in Tennessee? Because otherwise, they’d have called it a TEETHbrush.” Aspersions against my home state aside, I’ve been blessed by some pretty good chompers with only one tiny cavity in 40+ years. So I was intrigued when I was offered the chance to try out the BESTEK Sonic Electronic Toothbrush. Follow along to see what I discovered. 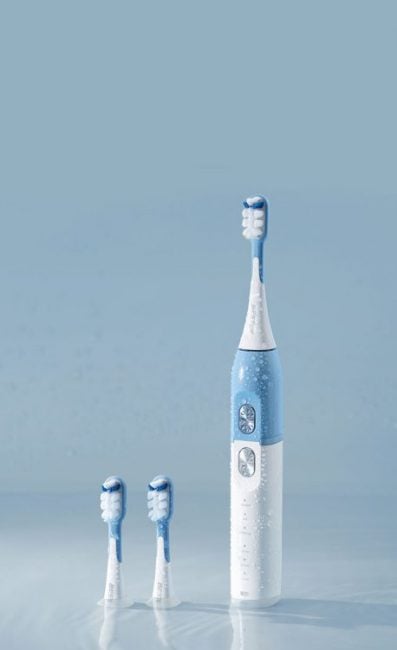 all photos courtesy of bestekmall.com

While the main reasons I’ve been lucky enough to avoid the novocaine syringe for so long is because of the greatest Communist conspiracy ever, fluoridated water, and regular visits to the dentist for a cleaning, I’m also a very conscientious brusher. (Flossing? Not so much. I tell my dentist I floss religiously, but what I really mean is that I do it on Easter and Christmas.) Through the years, I’ve tried all sorts of brushes, including the industry leader Sonicare and Oral B electric toothbrushes. They work fine, but they have gotten pretty pricey with all those wacky add-ons like Bluetooth connectivity and such.

So the prospect of a more affordable option in the $49 BESTEK was something worth checking out. My review model arrived in the mail and was immediately intuitive to use as soon as I opened the box. I liked that it comes equipped with a charger base that also serves as the cap to a travel case since I’ve never been able to take any of my previous electric toothbrushes on the road with me. The kit comes with a mini USB charging cable, but curiously not a plug necessitating that you provide your own power brick or find a USB port to plug it into to charge.

The charging process was quick, even though the instructions said it would take ten hours to give me 21 days of usage. My experience was that it was much quicker than that and that the charge lasts for at least a month. The brush head of the BESTEK is longer than most electric toothbrushes, especially the tiny round Oral B that brags that it is shaped like a dental instrument. I’ve found that that smaller head just takes longer to get the job done. 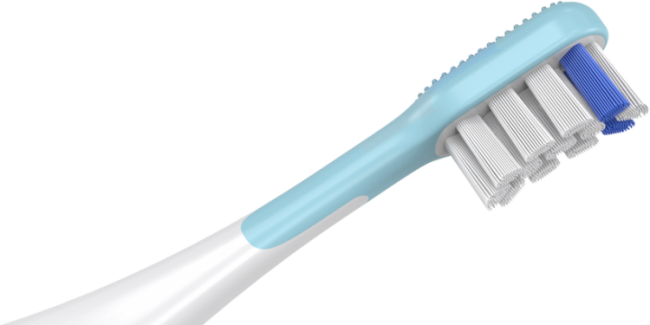 The bristles of the BESTEK head a fairly soft, which I’ve discovered is preferred by most dentists. (Four out of five dentists agree? I’m not sure about that.) The starter kit comes with three brush heads, two wavy shaped and one U-shaped depending on your preference. The different heights of the bristles make it easy to get between your teeth, and the brush hangs on to toothpaste pretty well, an important consideration when the brush head is vibrating at 31,000x per minute! I also appreciate the fact that the back of each brush head is covered with food-grade rubber with raised dots that allows it to be used as a tongue scrubber. If you’re not brushing your tongue, you’re leaving a bunch of bacteria behind. 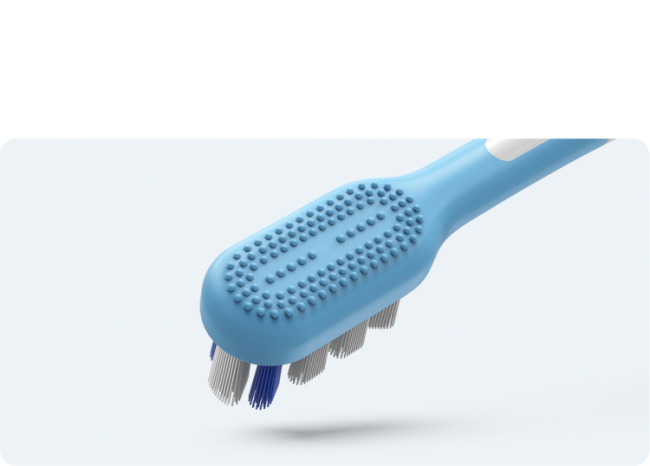 The BESTEK is rated I67 with regard to waterproofing which means you can rinse it under your sink without concerns of damaging the works. Another useful feature is a two-minute timer that pauses the brush for an instant every thirty seconds to remind you to move to another quadrant of your mouth. You can also set the timer to 2.5 or 3 minutes if you’re feeling especially dedicated.

The BESTEK boasts three different brushing modes that you can switch between with the push of the second button below the on/off switch. These modes are normal, soft and whitening with different intensities depending on the settings. This seems a little over-complicated to me, as I’ve only ever used the normal mode. But keep in mind that I’m the one that complains about my blender bragging that it has 23 speeds when I really only need one button marked “Daiquiri.” (And 23? I guess that count’s “off” as a speed, as in a recipe that would instruct you to add all the ingredients to the blender and leave it set to off.)

On the whole, I found the BESTEK easy to use and at least as effective as any other electric brush I’ve used. It has officially become my travel toothbrush because of its handy case and long battery life, so hopefully, it will get to see the world with me!

The BESTEK M-Care Electric Toothbrush sells for $49.99 at the company’s website.

What I Like: Affordability, ease-of-use, and a built-in tongue brush

What Needs Improvement: I wish it came with a plug to accompany the USB cable