I’m married to a man who enjoys brewing his own beer; Kev has a shop with a section dedicated to the equipment needed for mixing, brewing, proofing, and serving homebrew, and he has invested plenty of dollars and copious amounts of time into his hobby. I fully expected snark when I started reviewing the PicoBrew Pico, because it’s cheating, right?

Well, using the Pico Brew Pico isn’t quite cheating, because you are still an active participant in the brewing process, and it’s definitely creating homebrew. This isn’t anywhere near a Keurig for beer, but it’s almost as simple. Instead of having multiple brew pots and needing a lot of space to get the deed done, the Pico brews 1.5 gallons at a time of quality beer in a limited amount of space right on your countertop. 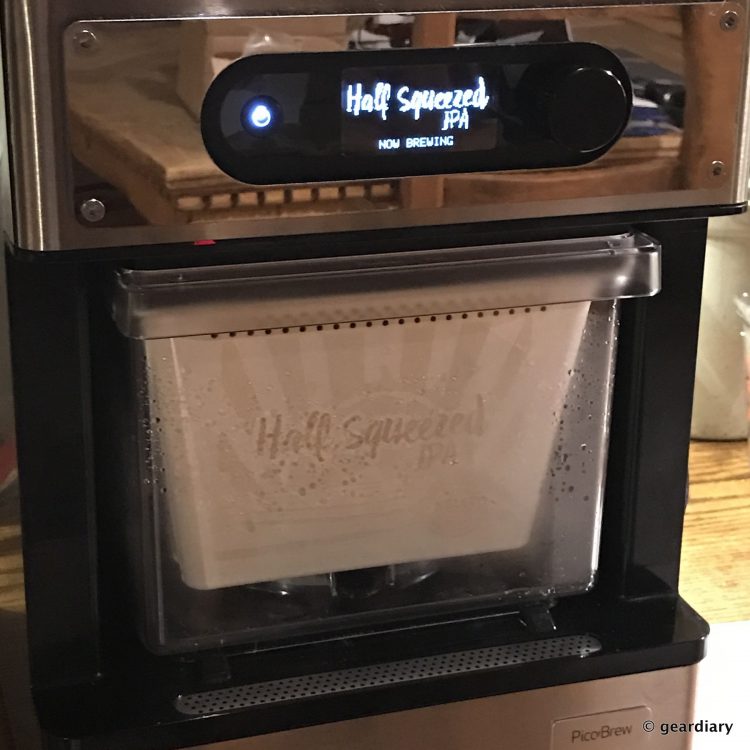 When it arrived, I couldn’t help but notice PicoBrew package’s size. I was a bit worried about where I was going to put everything, but I needn’t have worried. While there are a lot of accessories inside the boxes included in the large shipping box, it’s a very compact system. 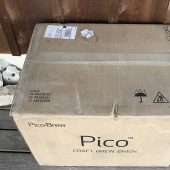 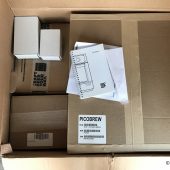 Lots of boxes inside to open; don’t be intimidated! 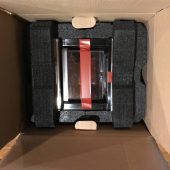 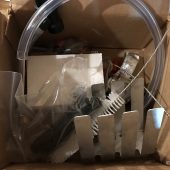 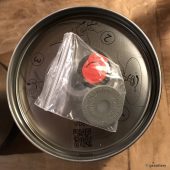 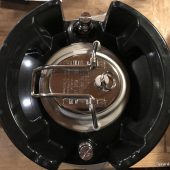 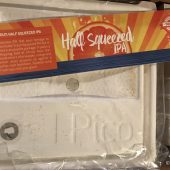 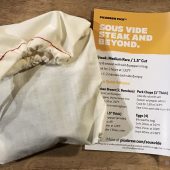 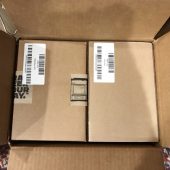 In other words, almost everything you need is included to start brewing beer the minute the Pico is delivered to you. What else will you need? A Wi-Fi connection (used during set-up), 3 gallons of either RO water or several gallons of distilled water (used during brewing), sterile water or vodka (used during fermentation), 1.5 cups of hydrogen peroxide (used during racking and carbonating), and some fragrance-free powdered dishwashing detergent (for final cleanup).

No really. That’s all.

And because there’s about a week to 12 days between fermentation and the racking & carbonating part of the process, as long as you have vodka and RO water (or distilled water) on hand you will be good to go immediately even if you don’t have hydrogen peroxide or the fragrance-free dishwashing detergent on hand.

Are you ready to brew some beer with me? Let’s go …