As a fan of good Kentucky Bourbon, one thing that I’ve always wanted to try out is a breathalyzer, so when I had the opportunity to test the AlcoMate Revo Personal Digital Breathalyzer test, I made it a mission to stay in on a Saturday and test out my new favorite gadget. 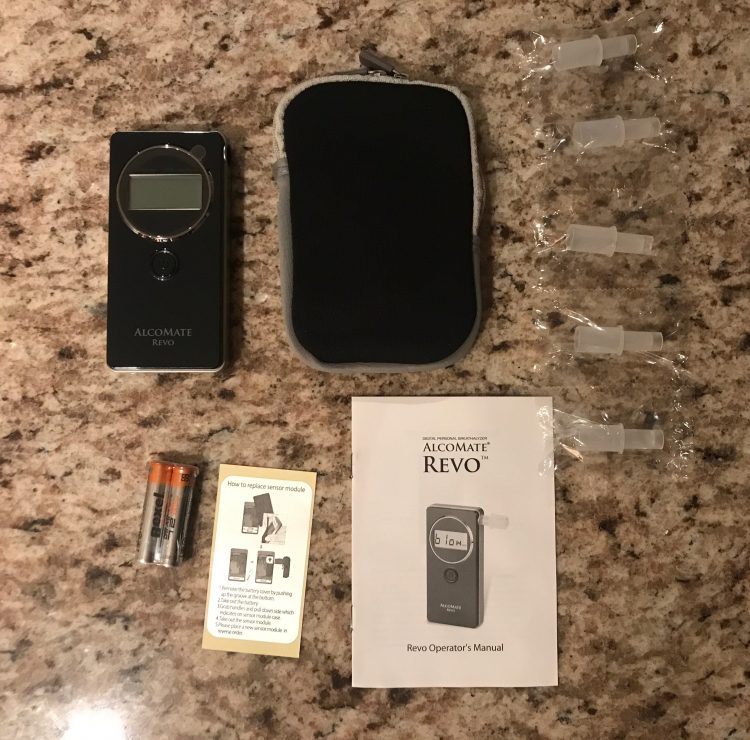 As a disclaimer, I have to say this: Breathalyzers are strange, and I’ve always thought them to be very inaccurate, however, with a five-star rating, a positive 2015 review from Judie, and an astounding review from a cop buddy of mine, the AlcoMate Revo ($219.95) got a rise out of everyone in my house. Since the friends that came over were going to be spending the night, we took it upon ourselves to put our drinking prowess to the test with Tequila, Fireball, and the Revo to test the limits of exactly how accurate it would truly be. 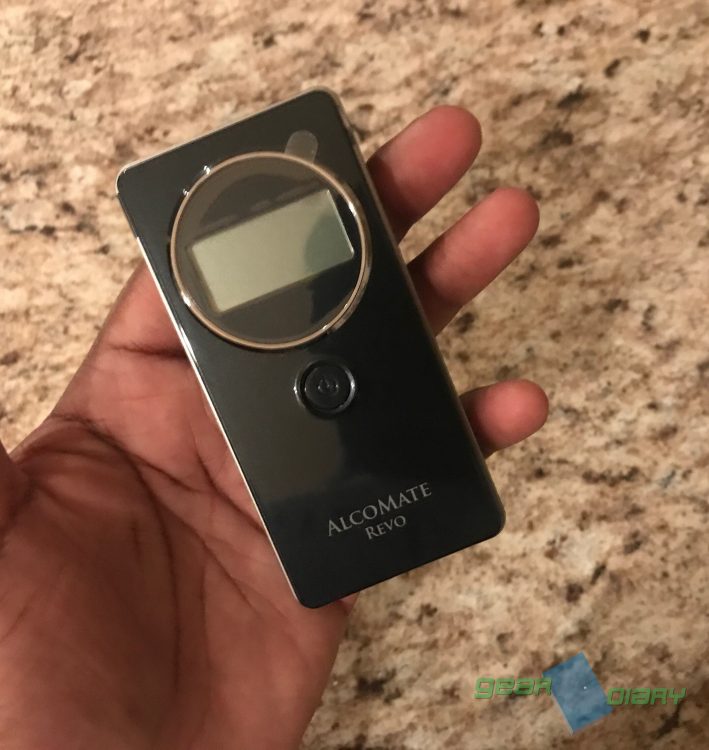 I’ve never been pulled over or asked to test my blood alcohol (then again I don’t drink & drive).

The AlcoMate Revo uses a piece of technology called PRISM (Pre-Calibrated Replaceable Intelligent Sensor Module) that uses state-of-the-art fuel-cell precision to give you the more reliable and accurate reading of your alcohol tolerance (or lack thereof).

TL;DR: It’ll show you if you’re reached your limits … or the law’s. 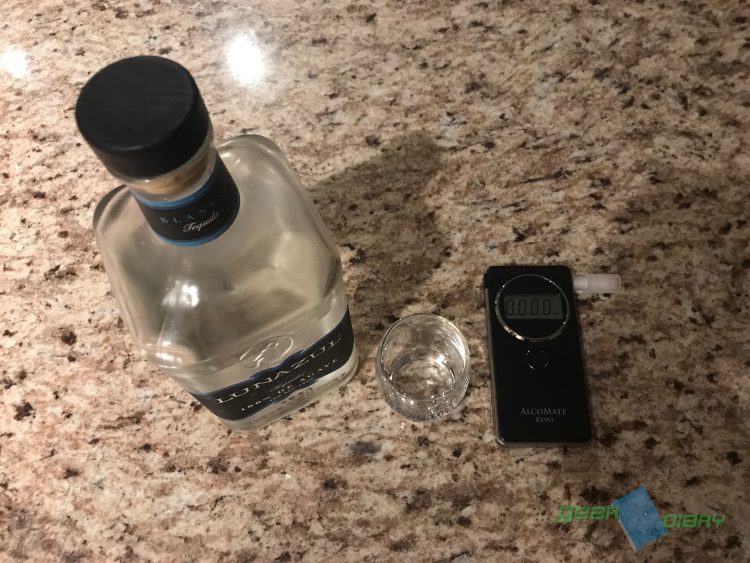 After unboxing, it looks pretty much like a $25 battery pack you’d purchase on Amazon, featuring nothing more than a screen to show you exactly what your reading is, a power button to turn it on, and the slot where you’ll place the mouthpiece. Here are some of the specs listed on AlcoMate’s website: 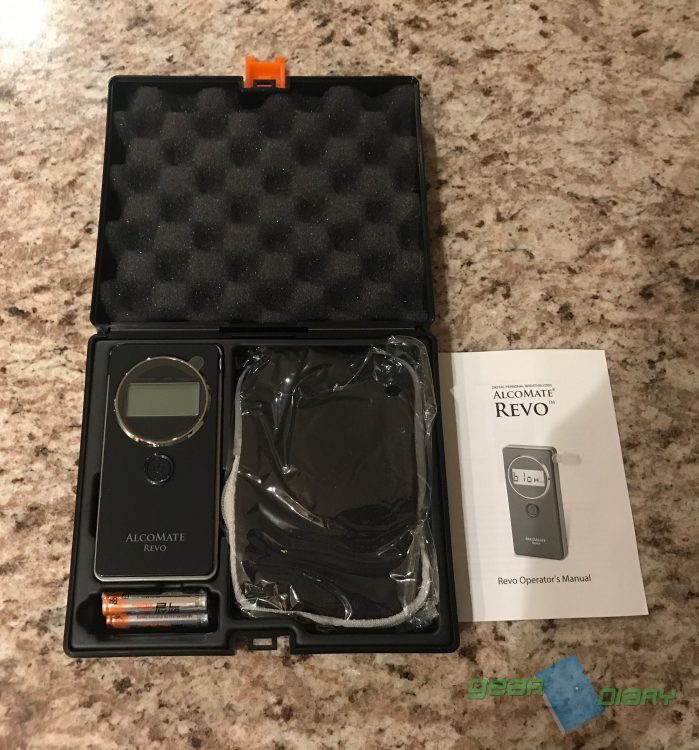 The model I received came in a nifty black case, perfect for a Police officer’s passenger seat, or in this case, my kitchen drawer. We frequently have people over to the house for drinks, and now instead of sending them off on their merry way after a night of Cards Against Humanity, we can offer them to blow into the Revo, and if they are even remotely close to the limit, we can force them to stay — giving them every reason to say why they shouldn’t drive. This alone is worthy of being in every household.

Approved by the US Coast Guard, the Department of Transportation and a host of other sectors in the federal government as well as general consumers, the premise of the Revo is about as self-explanatory as it can get. Using the fuel-cell and two standard AAA batteries (which come included), the Revo is good for a solid year, or 1000 tests according to AlcoMate. 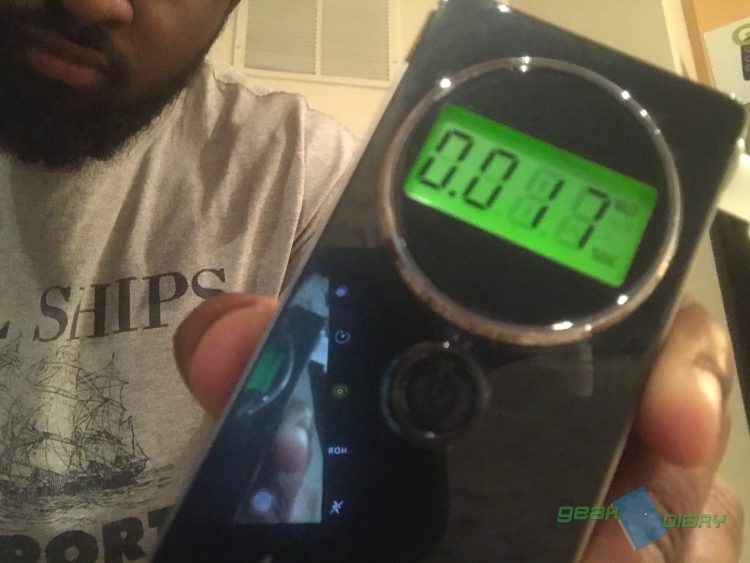 Once you press the power button, the LED indicator will load, and you should wait until it shows the word blow, which you continue to do until you hear a hard click from the other end of where the mouthpiece is. After that, it takes roughly eight seconds to give you your reading which is pretty amazing considering how just normal this piece of equipment looks. I was expecting some more thought process to go into it, but sometimes, simple just gets it done. I did notice that after you do your reading if you drink a glass of water it does tend to go down and make the numbers skewed a little bit but even with that, bartenders or just normal users shouldn’t just assume that a glass between beverages means you should get behind the wheel. Obviously, abide by the law, and drink responsibly, call an Uber, or find yourself a designated driver. 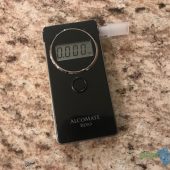 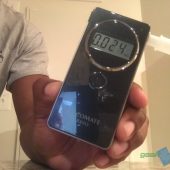 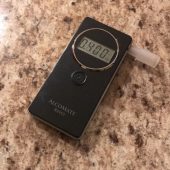 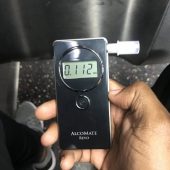 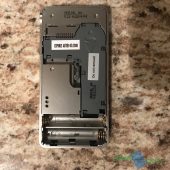 Saying that to say this, AlcoMate did manage to include a nifty carrying pouch which I was confused about since it kind of gives the idea of “hey, if I can travel with this, all I need to do is blow into this, know my limit and be fine”. If that’s the case, that’s fine as well, but I thought the idea was to kind of avoid the thought of “okay 0.8 is the limit, my Revo said 0.4, I’m good to go.” Nevertheless, it doesn’t hurt to have it in your car, in your bar, or in your home. I know for a fact mine has become a mainstay in my home, and I use it when friends come over, or simply when I’m upset at having to watch another Cavs NBA Finals from my couch and decide to pour myself a glass. At $219.95, it’s pretty expensive considering the one function it does do.

At $219.95, it’s pretty expensive considering the one function it does do, however, it does it accurately, and can help prevent something potentially fatal. Unfortunately though, according to federal law, the Revo does not carry any actual legal status, and you cannot use it in court as evidence for situations such as DUIs, or public intoxication.

For more information on the AlcoMate Revo, head over to their site today.

What Needs Improvement: Cartridge should last more than a year