Since the name Guardzilla seems like such an obvious riff on Godzilla, it only stands to reason that this life-size product would watch whatever you’ve aimed it at and incapacitate intruders and interlopers with a flamethrower blast when notified to do so. What? It’s “only” a compact 360º motion detection home security camera? Well, I guess that’s okay, too.

The Guardzilla 360 sets itself apart from other security cameras because rather than offering a limited 130 to 180-degrees of motion detection and protection, it gives you a full 360º. It’s meant to be set in a room — maybe your home office, man-cave, or wine cellar — and it will let you know when anyone has entered that inner sanctum. 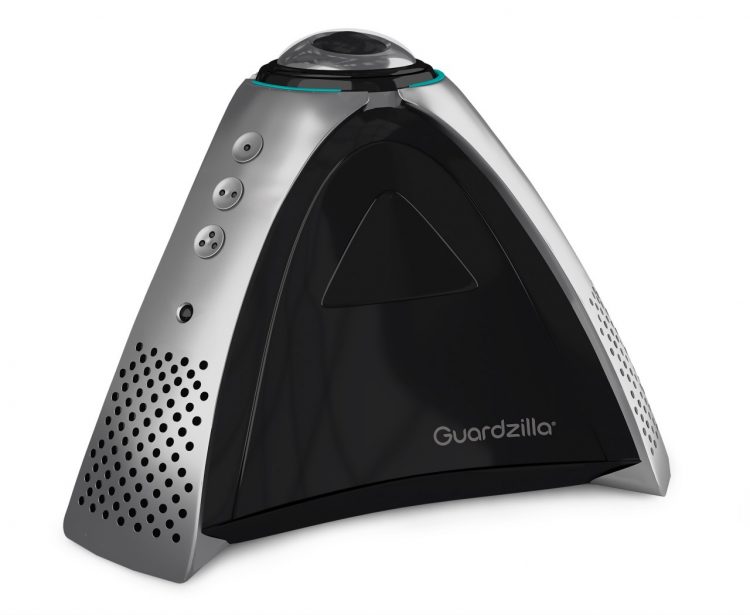 Guardzilla 360 notifies via a smartphone app so you’ll know when someone is where you didn’t expect them to be; it has a speaker and microphone, so you can communicate with the interloper who’s set it off, and it has a 100-decibel siren built-in, so you can give the intruder a scare (and a headache) as you’re calling the cops.

The Guardzilla 360 isn’t weatherproof; it’s meant to go indoors only. If you set it up in a central room, you’ll be able to tell if someone who isn’t supposed to be inside your home is there pretty quickly. 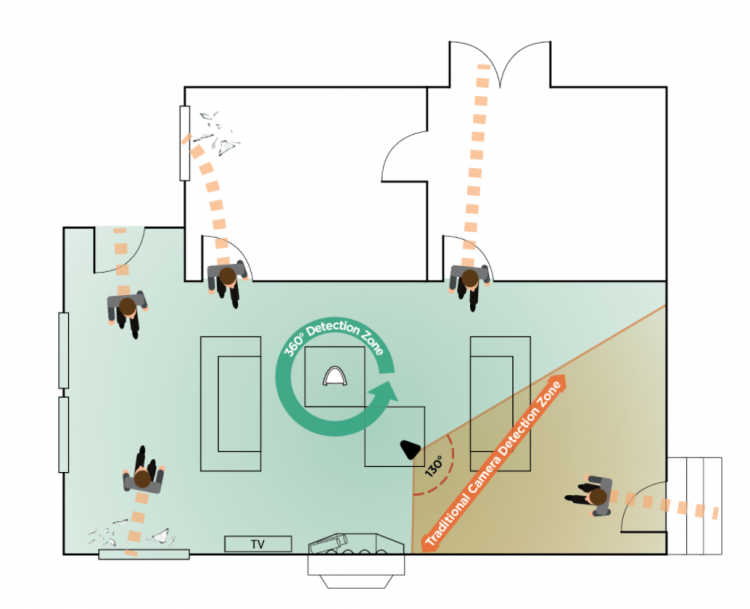 The Guardzilla 360 uses your home’s WiFi network to communicate, and it has night-vision which will not only let you know what the sneak-thief who tried to rob you in the dead of night looks like, it will also give you insight regarding what your pets are doing when no one is looking. The Guardzilla 360 uses geofencing, so it will arm or disarm the system based on the owner’s smartphone proximity.

While you don’t have to pay a monthly fee to enjoy all of the Guardzilla 360 benefits, you may decide that you want to be able to keep longer motion event videos with sound for up to a month. In that case, you can opt for the $4.99 cloud storage they offer.

The Guardzilla 360 is available now for $229, flamethrower not included. You can learn more about it here.