When you think of cruise ships, the first thing that comes to mind is probably not technology innovations. But that’s the furthest from the truth over at Royal Caribbean. Yesterday in New York, the company was busy showing off a slew of new tech innovations that will radically change the experience for passengers and crew members on board their ships.

But tech innovations are no stranger to Royal Caribbean – back in 2015, they introduced the WOW Band, a wearable that passengers could use to do things like unlocking their cabin doors. Two years later, Royal Caribbean has decided to move many onboard tasks into an app-based system. After all, most people have a phone, and they have their phone with them at all times. 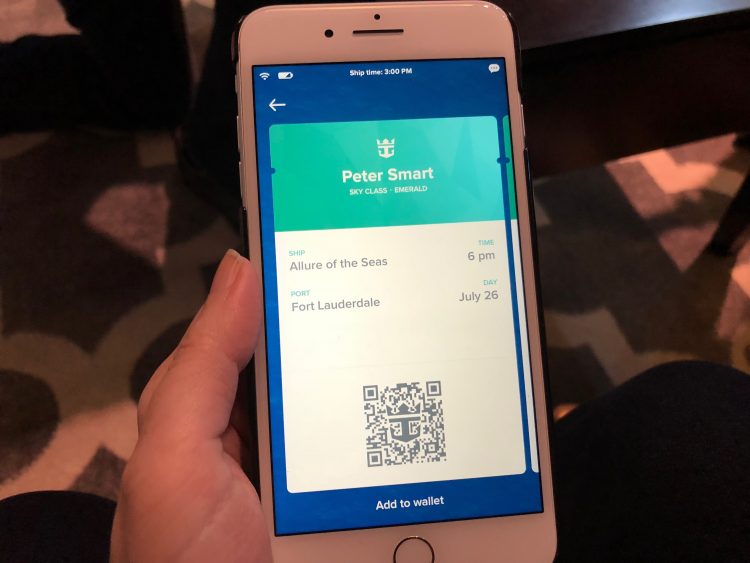 Your boarding pass is located within the Sea Beyond app

Royal Caribbean’s Sea Beyond app hosts a slew of cool functionalities, all designed to help reduce friction in your stay – from the moment you come on board. To that effect, the app uses facial recognition technology to help you check in. Download the app, take a selfie, and the ship’s cameras will use facial recognition to recognize a passenger who is boarding. The app also helps both passengers and crew members make sure that they have all of their manifest paperwork ready to go. After you’ve checked in, your luggage tag gets scanned in with a barcode reader and the Sea Beyond app will notify you once your luggage has arrived in your room. The overall idea here is to allow the app to make the whole check-in and boarding process more efficient and frictionless. Royal Caribbean says the whole check-in process can be cut down from several hours to just 15 minutes, allowing you to reclaim your first day on the ship.

Once on board, the app can be used to manage your schedule and book excursions and dinner reservations, so there’s no need to go upstairs and wait in line to find and book something. Excursions that are listed in the app include videos so that you can get a better feeling for whether or not that excursion is a good fit for you. Once you book an excursion, it will show up on your calendar within the app. The app also includes a map of the boat which you can use for locating yourself, as well as an itinerary for the voyage with all of the scheduled port stops. The app even has an onboard concierge that you can message with questions. Believe it or not, the “concierge” is actually powered by AI. 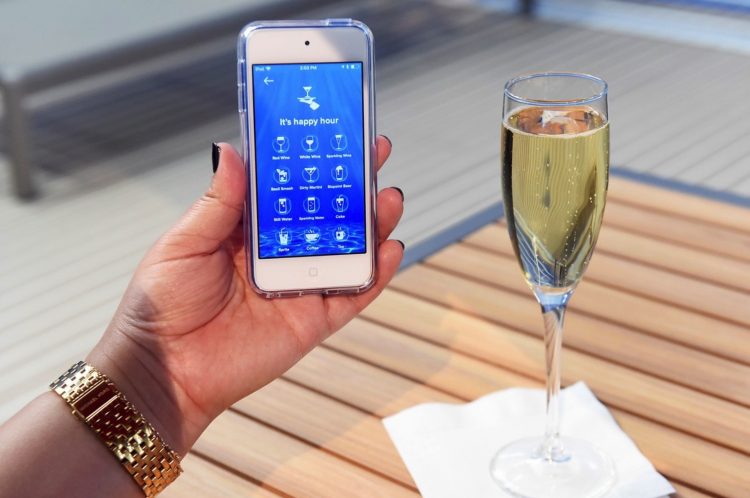 But those aren’t the only things that the app can do. You can also use the Sea Beyond app to order a drink! We tried this feature ourselves at Royal Caribbean’s launch event. We installed the app, the app then asked us to take a selfie. We then proceeded to order a drink, which a waiter brought over to us within a few minutes. The app can also be used to unlock your cabin door – just make sure your phone is in your pocket when you get near the door. This all sounds super lazy, doesn’t it!? But isn’t that the point of vacation – to be lazy? 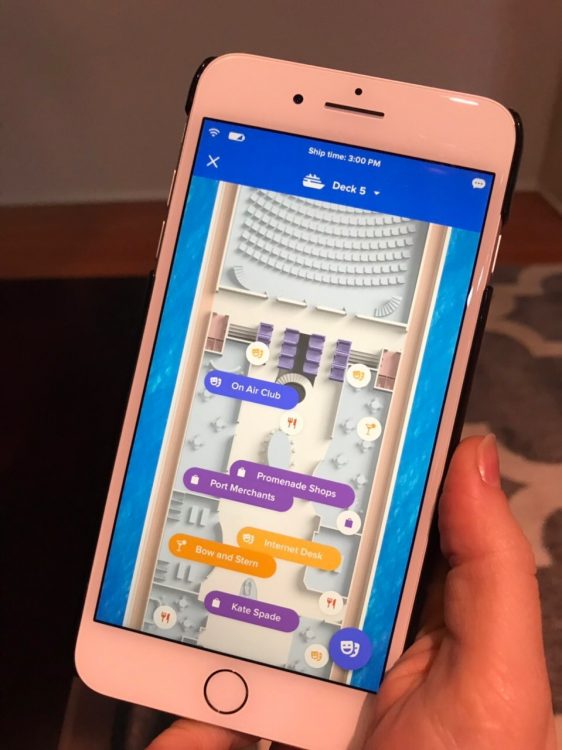 Royal Caribbean provided us with a demonstration that used VR headsets to simulate the experience of an excursion. For example, we got to “visit” Venice and Jamaica using a Samsung Gear VR headset. Again, the idea here is to help passengers figure out which excursion is best suited for them.

The Sea Beyond app is currently being rolled out on some of the Celebrity ships and is expected to roll out to all of Royal Caribbean’s cruise ships by 2019. 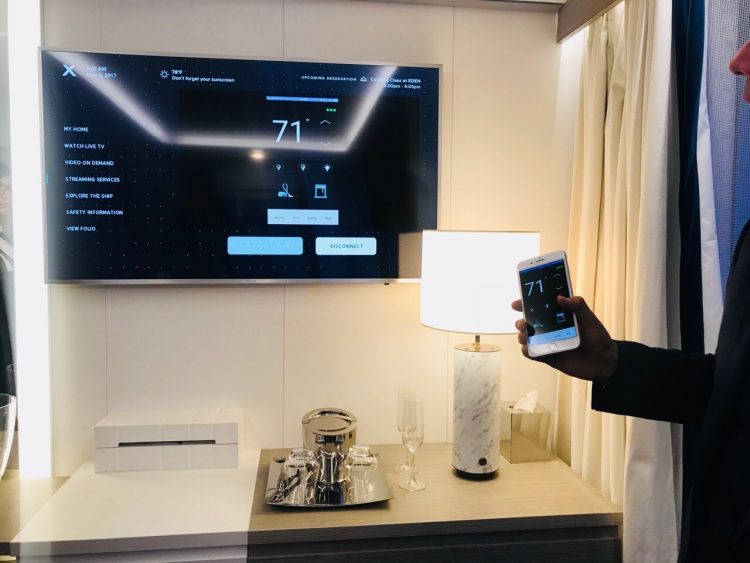 In a smart stateroom, you can use your phone to control the lights and temperature

In addition to the Sea Beyond app, Royal Caribbean showed off futuristic stateroom concepts. They had a model of a smart stateroom where you can use your phone or voice to turn off the lights and adjust the temperature. This smart stateroom will start rolling out on to ships soon. 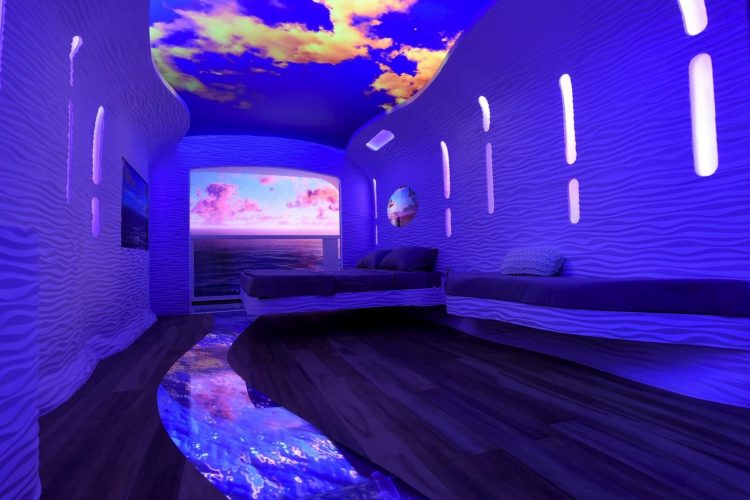 They also showed off a futuristic stateroom concept which integrates 4K displays in the ceilings, walls, and even the flooring, to simulate the experience of being outside. The displays are able to simulate everything from a sunset to a thunderstorm to a windy rainforest, and it really works to help reduce that “cabin fever” feeling you can get from staying inside of a small cabin room. Let’s just hope that this futuristic stateroom concept actually materializes one day, and doesn’t end up getting eventually binned the way all those futuristic car concepts always do.