CT6 “sees” a new Enhanced Night Vision system and the vehicle sports true 360-degree camera view around the vehicle and features new 360-degree video recording that records front and rear while driving and all around the vehicle any time the alarm system is activated. There is also new Advanced Park Assist that incorporates automatic braking into the park assist system and there is a new pedestrian collision mitigation system. Cadillac has also developed a video rear view mirror for the CT6 that uses the rearview camera image as the rearview mirror display for an unobstructed view in the mirror. We found this latter feature to be very helpful in, say, parking lots, but on the road, we switched the mirror back to traditional reflective mode. 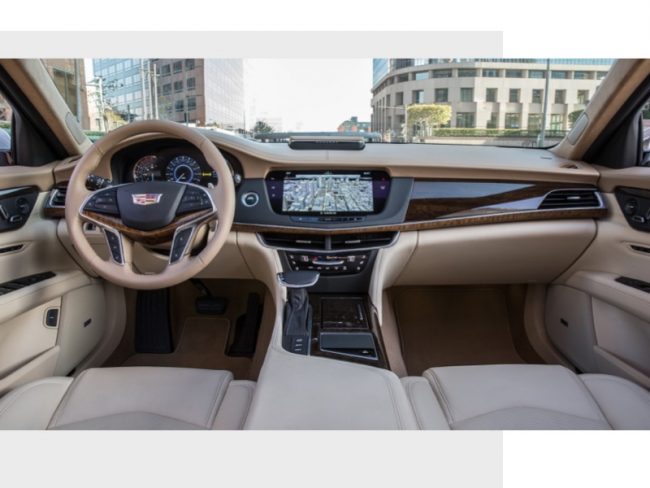 What else you ask? How about a large 10.2-inch multimedia display for the CUE infotainment system as well as the new Bose Panaray premium audio system featuring no less than 34 speakers. I put this new audio system through its paces playing a variety of musical selections from varying genres and it is my opinion this is the best-sounding factory audio system to date. There are even surround speakers in the headrests of the front seats. Sure, the bass response may not be heavy enough for some folks these days but the Panaray system offers true audiophile sound reproduction with instruments and vocals so natural and smooth.

Rear seat occupants can enjoy new articulating seats as well as quad-zone climate control and individual 10-inch infotainment screens mounted in the front seatbacks. And did I mention the massage function? All four outboard seating positions are offered this new feature in addition to heat and ventilation. My spouse found the massaging seats to be the most impressive feature of the new CT6 and it was certainly one of my favorites as well, especially on the drive home from work. 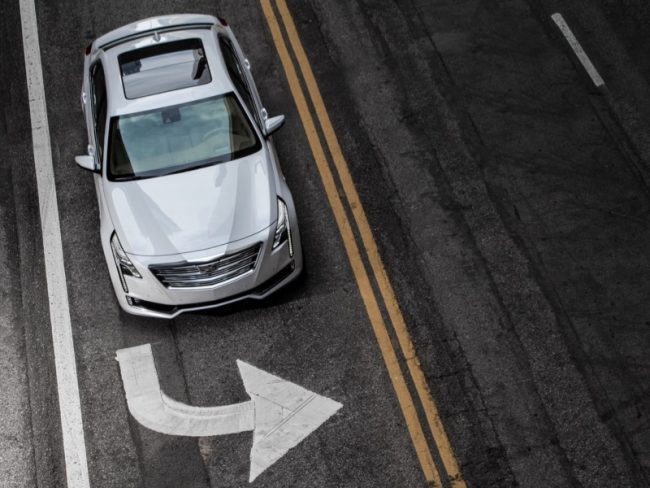 OK, the Super Cruise thingy. This is the semi-autonomous driving feature I mentioned. One press of a button on the steering wheel and the Cadillac CT6 will drive itself on the highway. We tested this out and it took a bit of getting used to, and almost had me singing that Carrie Underwood song – you know, “Jesus, take the wheel.” We certainly were putting all our faith in the vehicle engineers at this point and the Caddy performed as promised although the system does not like road construction zones, especially when the lane markers change radically and rapidly.

Pricing for the 2018 Cadillac CT6 begins at $54,095 for the “base” 2.0L Turbo model in rear-wheel drive. Our 3.0TT AWD Platinum model with Super Cruise arrived with a final window sticker of $89,290 and this is sparing absolutely no expense. Fuel economy is rated at 18 mpg city and 26 mpg highway. 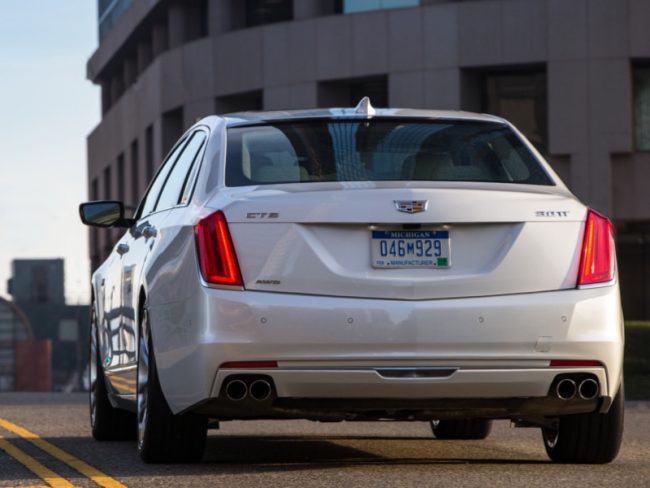 When I think of Cadillac, the CT6 is what I imagine. This is an aspirational vehicle that is laden with performance and technology, as well as being completely luxurious. It offers a wonderful driving experience while bathing occupants in total safety, not to mention quality craftsmanship. Hail to the new admiral of the fleet, the 2018 Cadillac CT6.