It’s a natural progression for the smart speaker market to go from speakers alone to adding screens. Mobile assistants are becoming an everyday part of our workflow, and being able to move from query to visual aid quickly, or from voice request to tv show, adds a whole new level of value.

We’re seeing some Google Assistant devices (like the Lenovo Smart Screen), and Amazon has the Echo Show, but only the Clazio Spark combines both into one simple package!

Clazio is a lot of devices all rolled into one. It is a 7 inch Android tablet, it’s a Hi-Fi speaker, it’s a TV box, it’s a smart assistant…it will play your favorite show, let you know who is at the door, and tell you how to cook dinner, but it won’t open the door or actually cook dinner for you … yet. Clazio has basically taken all the various “smart” items around the house and rolled them into one portable device that you can use to do anything. It’s also relatively cute, a subjective judgment for sure, but it does look vaguely Jetsons-esque with little spindly legs and a rounded back. It runs a skinned version of Android that looks a bit like Windows 8, and it comes with a relatively small 16GB of storage, so be prepared to do a lot of streaming and/or keep some microSD cards on hand. It does have a 4800 mAh battery but Clazio hasn’t said what that means in terms of real-world use. 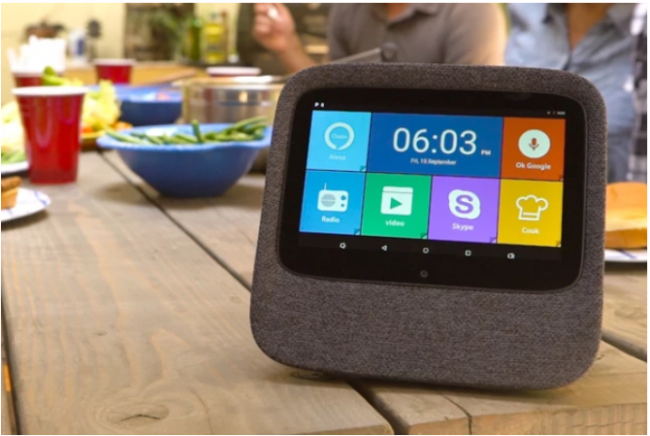 This is an unusual product, as it sits between tablet and smart home device. On the one hand, it’s hard to imagine a household where everyone doesn’t have a tablet and/or a TV box already. On the other hand, not many devices successfully combine both Alexa and Google, which allows users to hedge their bets over which smart speaker reigns supreme. The Clazio Spark also seems like it could be a handy device for guest rooms, as an in-between device for a child, or even something offered by hotels. I do have some difficulty seeing the value for the average consumer if it retails at its listed MSRP of $269 [for reference, an Echo Show is only $229, and an Echo Dot is only $129.] It is challenging to see the cost benefit for consumers at almost $300, but at less than $200 it has a role as  an all in one smart device. 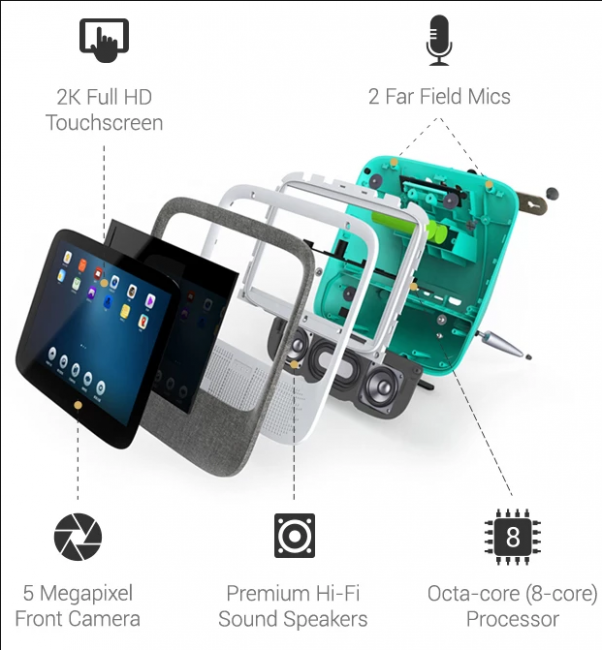 Right now, Clazio has just finished raising money via their IndieGoGo campaign, and devices should begin shipping shortly. We will have to see when the dust settles if the MSRP remains at $269 or if it drifts down with competition from the marketplace, but at least the Clazio Spark has versatility and multiple Smart Assistants to offer!