At CES, I served as a judge for Last Gadget Standing. One of the finalists was the Modius Headset. It particularly caught my interest because the presenters claimed that wearing this headset for 45 – 60 minutes a day over an 8-week period could significantly reduce your weight and body fat — without necessarily changing diet or exercise. Wait, what?!

The idea is that you put this oddly shaped headband on for an hour every day, and you’ll lose weight and body fat.

What is this witchcraft? Well, it’s not exactly witchcraft — it’s science.

Modius is a non-invasive headset which helps people achieve leaner, healthier bodies through vestibular nerve stimulation. Developed by neuroscientist Dr. Jason McKeown, the device was designed to activate the epicenter in the brain that causes people to struggle with their weight – the hypothalamus. – source

I have to admit that after a lifetime of infomercials saying that electrodes placed on muscles could make them grow stronger without lifting weights, or that one pill or another could magically make the pounds fall off, I was highly skeptical — yet interested.

To dig in a little deeper:

Modius represents a coming together of the most modern technology and neuroscience research which has actually existed for almost 50 years.

In 1972 a NASA research paper on fat reduction in animals showed a significant decrease in body fat. However, the researchers had mistakenly attributed their observations to non-specific effects, and failed to appreciate that it was vestibular stimulation causing the animals to become leaner.

Fast forward 30 years and a study in 2002 noted that vestibular stimulation causes a significant reduction in the body fat of animals.

The authors of this study commented that ‘after 8 weeks, percent body fat was significantly lower’, and that ‘it thus seems that the neurovestibular system can influence changes in body composition, particularly the mobilization and utilization of fat.’

Moreover, they also observed what they termed “a shift” to a leaner state’, which they interpreted as supporting a role for the neurovestibular system in helping the body become leaner.

Fast forward again to 2016 and new technology allows the use a small electrical pulse to non-invasively activate the same part of the vestibular system that had been found to be important in previous research – i.e. the otolith organs that are involved in detecting horizontal movement.

This is the technology that is used in Modius headsets.

So let’s take a look at what’s in the box, and then I can tell you about how it worked for me. I’ll warn you now — this post is long because it will cover all 8 weeks of my experience using the headset. But if you can get to the end, you’ll see how I did with it. 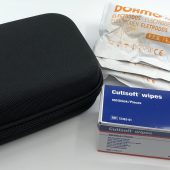 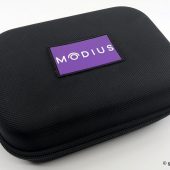 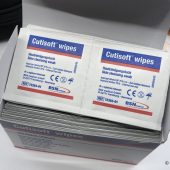 A box of 100 skin cleansing wipes 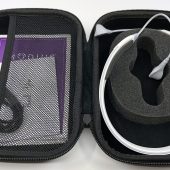 Room inside the kit for the headset and accessories 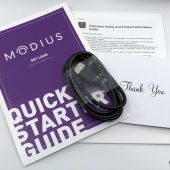 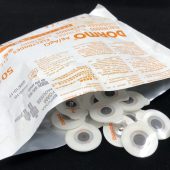 The headset is composed of off-white and grey plastic with pads at the right temple and above each ear. There are flexible gray cables that go from the headset, each ending with a snap to hold one of the included disposable gel pad electrodes. 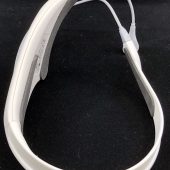 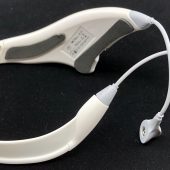 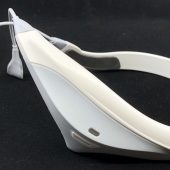 While charging the Modius headset, the LED will glow amber until it eventually turns off once the headset is fully charged. 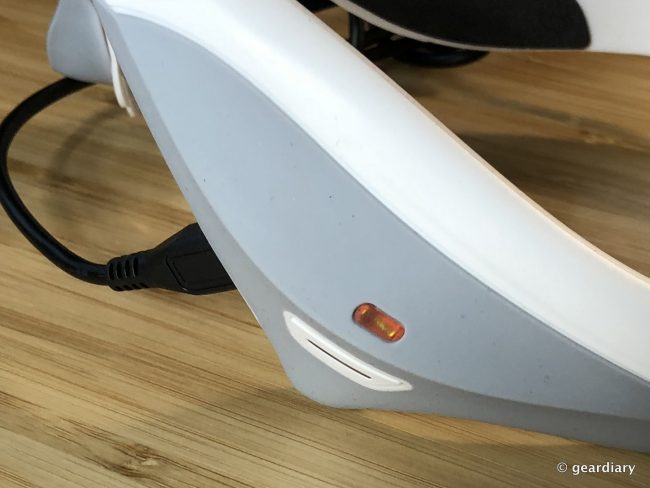 To put the headset on, you use one of the skin cleansing wipes to clean the hard bony area behind your ears (AKA the mastoids). You click a gel pad electrode onto each Modius headset cable end, then you put the headset on with the power button above your right ear. At that point, you remove the protective plastic cover from each of the gel pads, then you apply them to your mastoids. 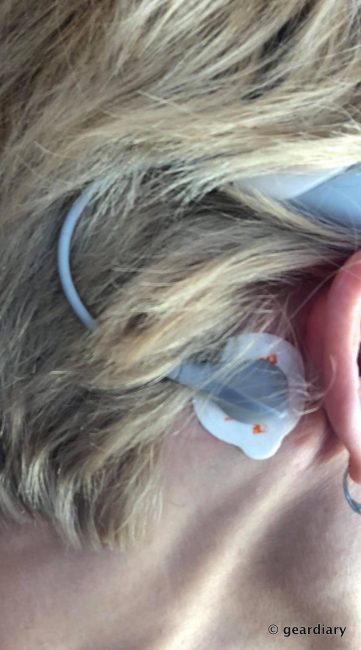 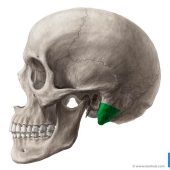 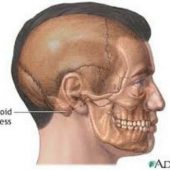 Fashion statement, am I right? 😉

Here’s a video about pad placement. If you are feeling an electric pulse ticking, then you’ve likely got the correct spot.