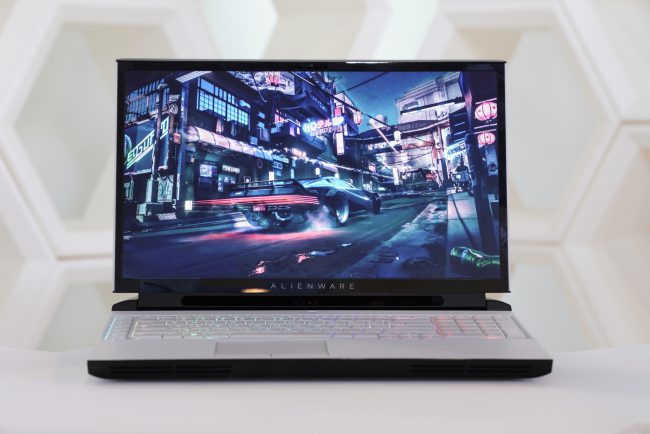 Some of us might hear “Area 51” and think of government conspiracies and terrible 90s WB dramas about mopey alien teenagers. Gamers, however, think of Alienware laptops, and the flagship Area-51m from Alienware gets a big update with immense power in a portable body!

Among the jaw-dropping specs are these: up to an 8 core processor, a narrow-bezel display, the ability to overclock the graphics chip, and 64 GB of memory. Not storage, but memory-which blows my mind because I still remember my college roommate spinning in an office chair and cackling maniacally at how powerful his 1GB of RAM was in his new desktop tower.

The Area-51m has all the goodies you’d expect in a gaming notebook, including LED keyboard and power buttons, Alienware Command Center software, and programmable lighting loops so you can make the Alien logo on the back change colors. From a more technical standpoint, the computer is reinforced with magnesium to reduce weight but maintain rigidity, and the computer does clock in at a positively svelte (by gaming standards) 8.54lbs.