The one flaw with having a MacBook Pro is that if you want to get anything done, you will suffer from having to travel with a host of various dongles to get things done. If you have been looking for a single USB Type C hub to fix dongle hell, Satechi’s latest may be your best solution to a problem that only Apple could create. 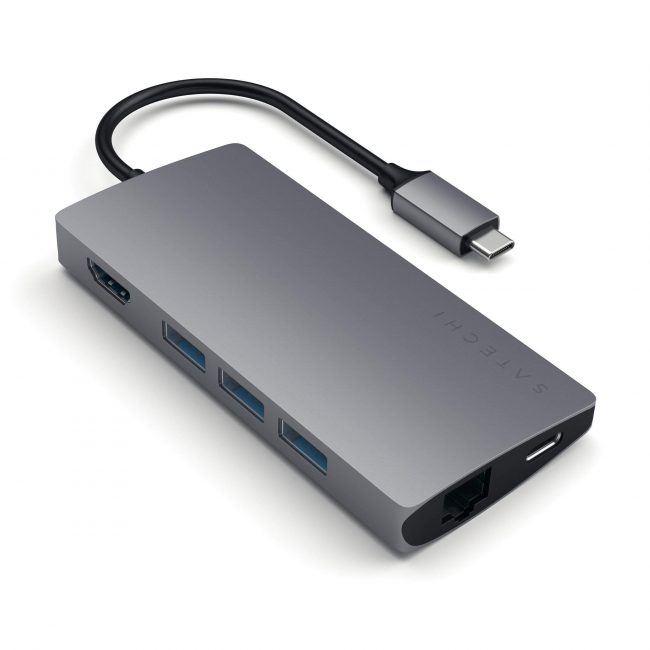 One of the companies is Satechi, makers of pretty much anything you can think up in terms of dongles, gadgets, and accessories you didn’t think you’d ever need until you need them. They sent us over their Type-C USB 3.0 Hub to alleviate the bag full of overpriced Apple Dongles that have now gone up in price in recent weeks.

Currently at only $34.99 on Amazon, the Satechi Type-C hub isn’t quite a dongle, but rather a Do-all. With three USB 3.0 ports, an SD and micro SD card slots, this is the all-inclusive hub that you can either leave in your MacBook, or toss in your bag, and only pull out when you need it. Sure, you could always opt to do what Apple suggests, and buying an individual dongle for every accessory you’d need from the dongle, or you could simply go for this. What I did notice that was missing immediately, however, was an HDMI option. While I don’t typically go for HDMI from my laptop often, I’m of the mindset, if the previous model of the MacBook Pro had it, why shouldn’t I? That being said, it’s an absolute bummer that Satechi did not include this for this Hub, but in the grand scheme of things, there’s only so much you could actually include in such a tiny hub. 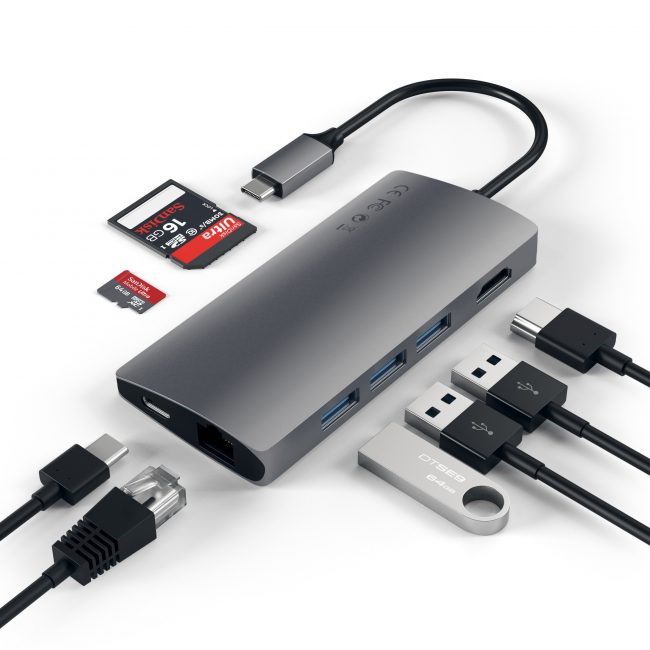 Now when I go shooting videos on my camera, I’m no longer searching for a separate dongle to plug into a dongle, that goes into a computer to access what’s on my SD card, I can simply plug the card into the hub, and right away I can start accessing the files that I in turn edit, and present to you guys here on the site. When I need to charge up my iPhone (which remarkably can no longer be charged by my MacBook Pro since there are no USB ports on the laptop), I have to result to a hub in order to do this, and the Satechi hub does this fairly well.

The issue with the Satechi that I found though isn’t with connectivity, because once plugged into your computer, the adapter sits close to your MacBook Pro (even in a case, which I couldn’t get with other hubs I’ve purchased on Amazon) and works with precision. No, the problem that I received with the Satechi hub came from charging through the hub while using. Now I may have received a bad unit, or it could be that the device actually doesn’t have it, but USB-C pass-through charging is virtually non-existent. Which means that for those of you who have a 13-inch model MacBook Pro, having the two USB-C ports instead of four – this hub won’t allow you to use this device and charge it at the same time. Since I have the 15-inch, I was able to actually just plug my USB-C cable into the opposite end of my MacBook and charge while using, but since the hub covers both ports, folks with the 13-inch model will have to sacrifice charging with productivity, which in a pinch can be detrimental to simply getting things done. 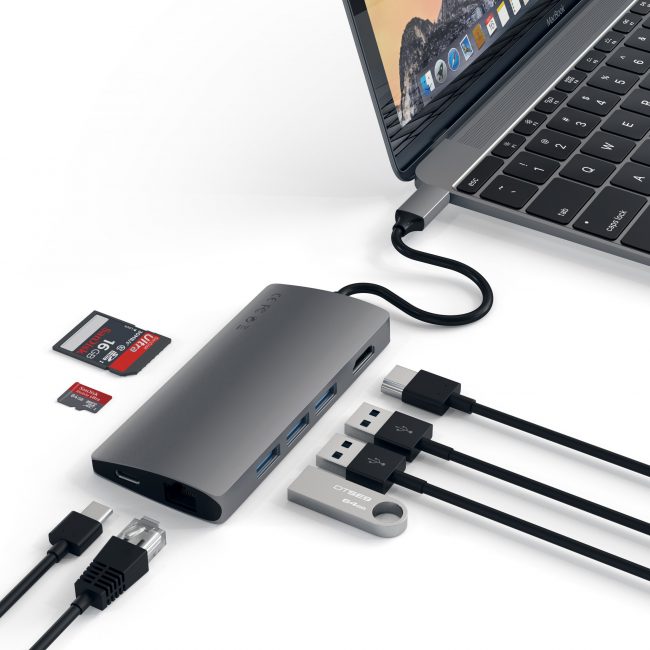 I hope that Satechi has an updated hub in the works because I really love the hub and the fact that it actually looks great on a Space Grey MacBook Pro (although available in two other colors if that’s your thing). On top of that, it’s one of few that actually light up to signify it’s working, and the light makes it look almost identical to Apple’s very own charging indicator that is absent on the MagSafe that I miss so much. Nevertheless, if you can accept the tradeoff that comes with not being able to charge and be productive with the ports, or the lack of an HDMI option, at only $34.99, the Satechi Type-C USB 3.0 Hub is one accessory you should check out.

For more information on the hub, head to Satechi’s site.

What I Like: indicator light is a nice touch, matches Space Grey color for MB Pro 2016, and has all appropriate ports for the average user

What Needs Improvement: Pass-through charging and an HDMI option