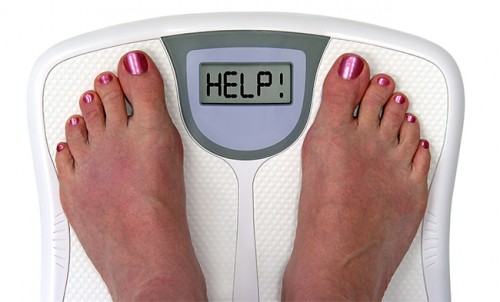 Despite running for about 24 years now, it is only in the last year that I have become a ‘RUNNER’. And in doing so I have discovered the nearly obsessive relationship between runners and their weight. Because I was losing weight at the time, I had concerns about running and eating to prepare for half- and full-marathons while losing weight. Searches turned up loads of resources that basically said the same thing – Losing Weight Will Make Me Run Faster.

You don’t have to go too far to find these articles – look here, here, here, here, or here. And these are from respected sources such as Runner’s World and Active.com as well as other running blogs. In fact, the last link puts it quite bluntly: to get faster, you must get skinnier. The one difference is that the last one is ironic.

I am going to be very careful with the words I use because eating disorders are very serious and I know there might be things I could say that would act as ‘triggers’ without even realizing I was doing so.

Over at T-Rex Runner, Danielle has a series (in progress) about dealing with her eating disorder from when she was 15 until the present. She goes into some technical details about the various disorders and impacts, but mainly focuses on her ongoing journey and how she has had to adapt. It is an amazing read, and I highly recommend checking it out. It deals with someone who used running to another way to lose weight while showing people she was eating as well as to deal with all of the other crap stressing her out in life.

My older son joined the wrestling team as a freshman last year, and after going through the initial workout period and getting trained up and into better shape they started weigh-ins to determine who would compete at which weight for Varsity or JV. The general trend was to target wrestlers in classes a few pounds below their current weight. To get them to ‘target’ they recommended a number of ‘restrictions’, one of which was ‘no dairy’.

Because dairy is fat-laden and therefore bad. Essentially they had these kids on a very restrictive diet with decreased intake even as they would work them hard for a few hours each day. Kids would routinely not eat on the day of matches, and the coaches were very good at reinforcing the practices with very public put-downs and name calling. And by ‘coaches’ I am not being specific to our school – I saw it at every meet I attended, either directly or echoed through the words of the kids and parents. Also, it was little different from what I saw when I had friends on the wrestling team in my own high school days.

My bottom line is this – runners and other athletes fall into the ‘racing weight’ or ‘fighting weight’ trap very easily. Elite marathon runners and athletes have ways to slowly taper their weight going into a race to maximize their speed without losing any of their strength. But it is not sustainable – it is not healthy. The way that wrestling and other weight-class sports are supposed to work is to target the athlete at their healthy weight, not five or ten pounds lower.

It is very easy to fall into that trap – I have repeatedly talked about my weight loss of the last year, and I am now ~90-95 pounds lighter than I was last April. I am just below the previous lowest weight of my adult life, which I hit about a year before getting married. But I am considerably ‘skinnier’ – because I am also much more muscular. The constant long-distance runs, doing bodyweight exercises on my no-run days, and my greater emphasis on eating healthy have all combined to put me in my best shape ever, and my thinnest.

But when I compare my body size at 25 years old to now, I might think I should weigh less like the woman on the ‘Mile Posts’ blog says. I could look at things and decide I should drop another 10 pounds rather than fighting to stay constant. And for me it is a constant struggle, as I do not look at myself and see the skinny, runner body that everyone else sees.

In fact, as someone who has been dealing with weight and food issues my entire life in one way or another, it is pretty easy for me to admit that I will never have a healthy relationship with food and weight. But as an adult, it is something I can deal with and know about – and have a great support system in place to help ‘keep it real’.

Eating disorders are generally thought of as a ‘girl problem’. That isn’t fair, as there are plenty of men with issues of anorexia, bulimia, binge eating, and other obsessive behaviors. Also, athletes are in a position where borderline-obsessive behaviors regarding exercise and eating are the norm, and clinically obsessive behavior comes all too easily.

Danielle at T-Rex Runner ended up with hip and neck bone injuries, which are quite possibly results of malnutrition effects from anorexia and bulimia. The ‘Mile Posts’ blogger was obsessed about that ‘final 5 pounds’ she wanted to lose to get to her perceived ‘race weight’ – yet by forgetting that number and focusing on her training and nutrition, she actually made personal records.

So the next time someone tells you they need that Losing Weight Will Make Me Run Faster, ask them what they mean by that. Unless they are actually overweight, chances are they have bought into someone else’s obsessive notion that regardless of fitness of training level losing weight is directly related to running faster. It isn’t – unless you are under the observation of coaches who have your nutrition and fitness plan in mind, all you are doing is setting yourself up for failure and eating issues.

Run safe and eat healthy, and we’ll see you next Monday!