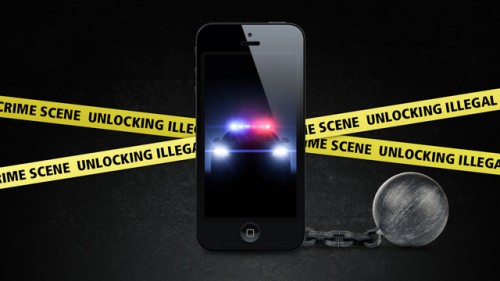 Unlocking Cellphones is now illegal, but a White House petition may change that.
(Image courtesy of Leaksource)

It used to be that the Digital Millennium Copyright Act (DMCA) had an exception which allowed unlocking cellphones (i.e., unlocking the phone from carrier exclusivity through the use of an unlock code — purchased from a third-party or obtained directly from the carrier).  However, in October of 2012, the Librarian of Congress decided that this exception was no longer valid, and so unlocking cellphones would now be illegal and subject to prosecution, fines, and all the other fun stuff that illegality brings.

Not too long thereafter, Sina Khanifar decided that this was unfair, unreasonable, and shouldn’t be the case, so Sinfa started a petition on the White House petition site to get this change rescinded.  (Take a look at Sina’s post on the topic from February 3, 2013.)  And believe it or not, today the White House issued an official response, wherein they agreed that you should be able to unlock your phone without risk of criminal penalties or prosecution.  So score one for the voice of the people!

While at first blush this may seem like an easy call, during a discussion about this a couple of weeks back, some folks on Gear Diary had pointed out that when you get a phone through a carrier (via a pretty large discount in the price by agreeing to a two-year contract), it’s not unreasonable for those carriers to expect to lock you in for that period; after all, you’ve signed a contract!

On the flip side, of course, are issues like:  What if the two-year contract has expired?  What if you give your old iPhone to your kid as a gift, and it no longer even has a phone number associated with it (making it just an iPod Touch in essence)?  How would this be enforceable; by the government tracking all the phones in the country and getting a notification if one were unlocked?  (Ugh!)  And of course there is the issue of:  I paid for this thing, how come it isn’t mine?  (And after the contract is up, I believe it should be.  You paid your dues, as it were.)

But in any event, the White House has now weighed in, and hopefully this will soon be a closed issue.  Thank you, Voice of the People!  And thanks too to the White House, both for responding, and for their thoughtful response.  (Clearly there are some tech savvy people in the White House.)

So what’s your opinion?  Think it’s reasonable for phone companies and manufacturers to prevent you from unlocking your phone?  Or do you think it’s their prerogative?  Share your thoughts with us below!