I was just starting to listen to This Week in Google live after work, when right before the show they shouted Google just launched Google Keep!  I’ve already got it installed on my phones and my tablet.  What IS Google Keep?  It’s very similar to services  like Evernote or OneNote.  It’s designed to take notes, make checklists, and more.  It hangs off of your Google Drive, and it uses the new real-time API that Google also announced this week. 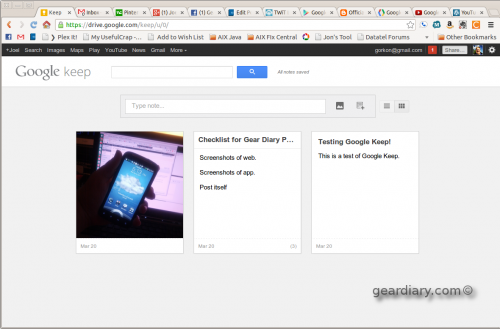 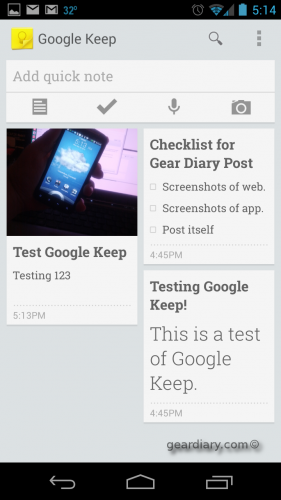 The only thing that really concerns me about Google Keep is what happens after they iterate it and add features over time and then kill it like they have done with Google Reader.  Since it’s Google, I think that if they do that, they will probably allow us to download our Keep notes and then import them elsewhere as they have with Google Reader, so I feel okay about putting things in Keep. 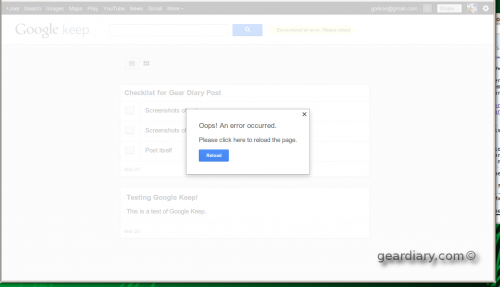 The TWIT army is currently causing Google Keep some issues with slow syncing happening currently, but I look for that to smooth out once the rush is over. 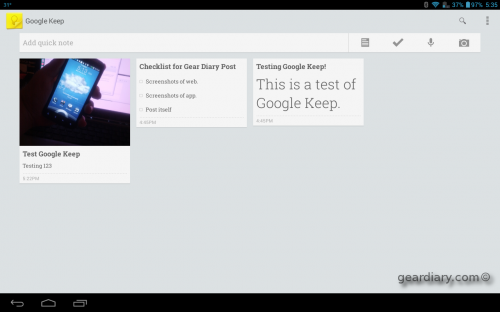 I’ll be doing a full review after I spend some time with it, as it looks like Google Keep has a lot more features than what is apparent on the surface. Keep an eye out for my review soon.