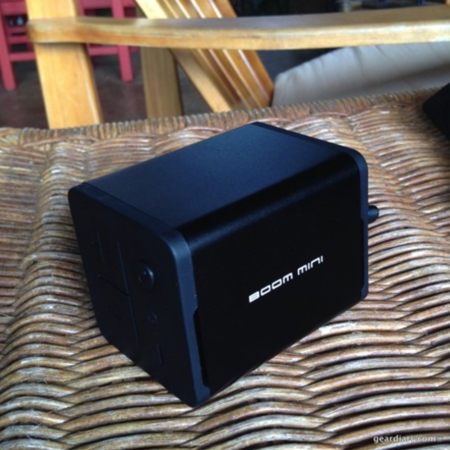 We brought an exclusive first look at the MiPow Boom mini (read the post), and then we shared the first ever review of the diminutive new speaker coming from MiPow. As you might recall, Judie and I met with MiPow in January when they were showing off their newest offerings at CES 2013. We were impressed by the company and its products and were glad that the company, unknown in the US but widely popular internationally, was finally bringing their products State-side. Here’s our unboxing of the MiPow Boom mini.

So here’s the thing, the MiPow Boom mini sounds great, especially for such a small speaker, and it gets loud. There is one problem though: it also gets nowhere near the battery life rated on the box. 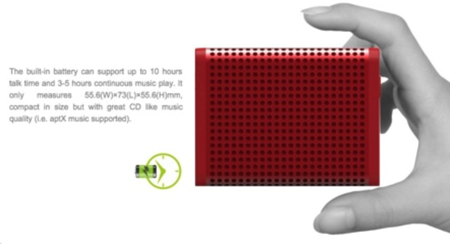 Seriously, the 3-5 hours of continuous music play MiPow lists in the specs for the MiPow Boom mini is completely different from the actually runtime you’ll get from it.; they are not even close! 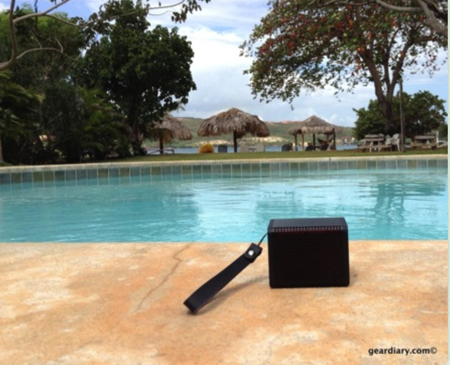 When I used the MiPow Boom mini while vacationing in Jamaica, I kept it poolside while I stood in the water and read. I started with the Boom mini fully charged, turned it on and started music streaming from my iPod nano. I read for an hour, and then another, and then another. Before I knew it I had blown past the three hours listed by the company. Two hours later I was past the five hours they had rated, and the speaker was going just as strong as ever. I used the speaker on and off all week and never charged it. Clearly the battery life was way more than 3-5 hours. I wanted to know just how much better it would be.

Over the past two days I’ve been doing a run-down test of the Boom mini. I fully charged it, paired it with my iPod nano, and started playing it at medium volume. I also decided to have a little fun with the Gear Diary team. I asked,

Question: Have any of you recently had a device that surprised you by getting BETTER battery life than the company quoted?

Will offered a measured reply with: “I’d be pretty surprised if that was ever the case.”

The conversation continued and I eventually came clean.

Dan: So what would you say to a speaker that is listed as getting 3-5 hours of music play time on medium and gets up to six in real-world use?

Doug: Dan, is this a BT speaker, or what type is it? Because if it’s a reasonable price, you’re getting good quality, and that kind of battery life, I want one.

Doug, you DO want this speaker because 12 1/2 hours was just a warmup. 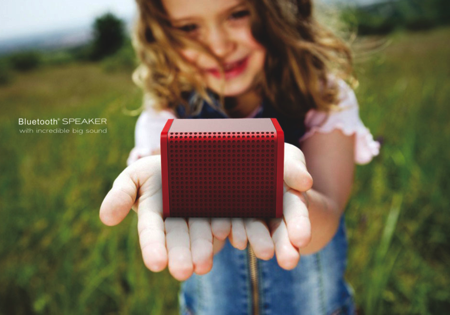 I placed the MiPow Boom mini on a shelf in our utility closet, and I put the iPod nano about 8 feet away. I selected “Play All” on the iPod so the music would run as long as the speaker did. I then set the speaker to medium volume. More specifically, I turned it up to the point that I found comfortable and enjoyable were it sitting on my desk in front of me. That was 8:30am yesterday morning. I returned home at 2pm and the speaker was going strong. At 7pm we came back from dinner. The nano needed to be plugged in. The speaker did not. At 11pm I decided it was time to go to sleep. At that point the speaker had been going for 14.5 hours. I turned the speaker off.

This morning I started things up again at 8am. The speaker KEPT going. At 9:30 it began to stutter a bit and at 10:00am the stuttering was frequent enough for me to consider the battery exhausted.

That means the MiPow Boom mini, a speaker rated as offering 3-5 hours of music playback got OVER 16 hours of playback. That’s amazing. Even more amazing, this tiny speaker sounds excellent (seriously, it is tiny but it sounds awesome), gets plenty loud, and will be under $70 when it becomes available.