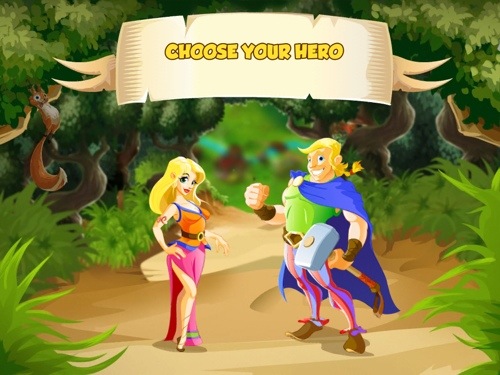 Simulation games often sacrifice story and character for game mechanics, and those that do have a story are often too simplistic to be enjoyable for long. But as the games coming to iOS continue to mature, so do their stories and gameplay; and Brave Tribe is a great example of a casual game with fun story and gameplay. 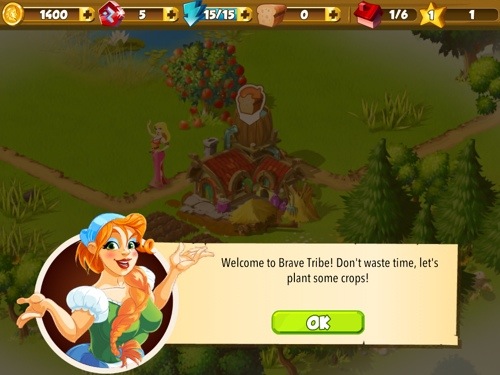 Description:
Here are some of the features:
Over 440 quests to keep you entertained
Over 200 decorations to spruce up your village
50 special buildings to construct
12 funny and amazing characters to meet
17 crops to cultivate on your farms
14 enemies to fight with all your might 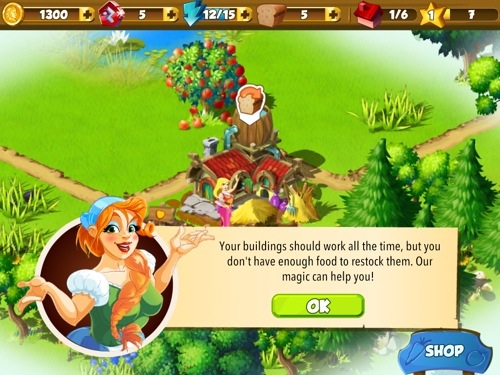 I have too often found that ‘cutesy’ games tend to charm immediately, grate soon thereafter, and eventually bore. So when I started playing Brave Tribe and it was full of cute, bouncy pop-in graphics I found myself rolling my eyes and expecting the worst.

But then something happened – after getting through the initial elements of the tutorial, such as building farms elements, growing crops, harvesting, and so on … there was more. And more. And then still more. You were building an entire interconnected series of structures that would meet the supply and demand of your community. This includes commerce, agriculture, defense, and more.

You are also able to draw upon magic to speed up processes and runes to further enhance things, building special structures and adding beautiful touches to the community. Magical runes also provides a place for in-app purchases, which is the monetization system. The game is free, but you can load up on extras through the store, buying in-app currency and items with real cash. You can buy gold, runes or hearts. Runes are used to buy in-game items. 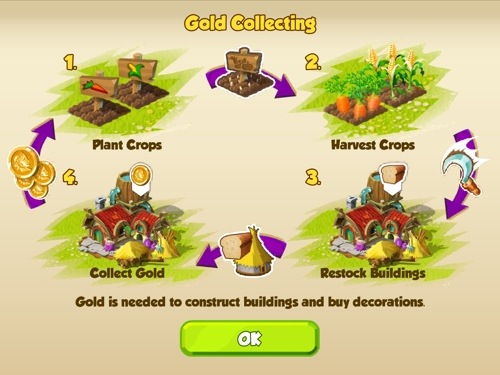 This two-level abstraction monetization system is becoming more common and has been shown to make it easier for you to spend much more money than you ever would for the game. But not to worry – the game is very playable and not too difficult even if you never buy a single thing. By making progress you will slowly unlock pretty much everything in the game, and can use some of the piles of runes you will amass to buy everything else.

Aside from the excellent gameplay you also meet fairly well developed characters who interact and even have the possibilities of rmomance. This is not an experience like a big Bioware game, but it adds surprising depth to a game that is already a blast to play. 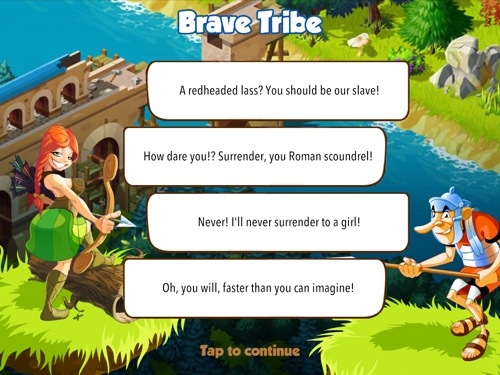 Ease of use/Overall performance: If you have played any of the casual strategy / builder games from G5 this will come easy to you. You tap things, make choices, keep track of items in easily accessible menues, and so on. As you progress it all makes sense and you never feel lost or overwhelmed.

Would use again/recommend?: Definitely! As mentioned, my expectations were low, but Brave Tribe delivers a fun and engaging experience that will give you many hours of challenging gameplay. 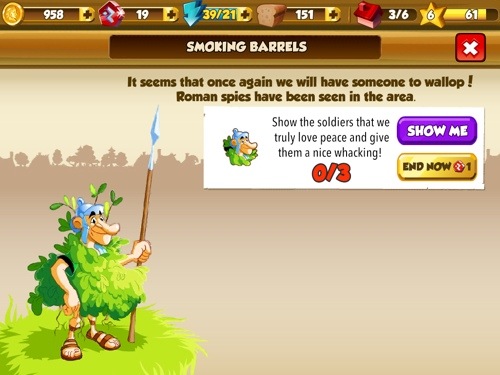 Suggested changes/wish list for updates: I worry about the monetization scheme making it too easy to run up a significant bill for some … but I also understand that with so many games doing things this way people are getting informed.