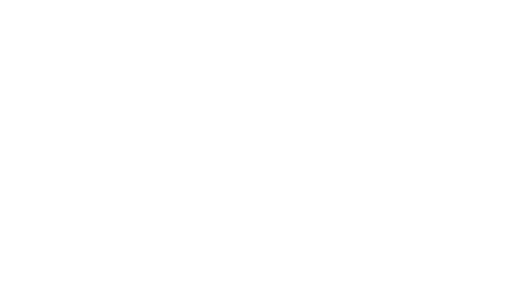 I often joke we need to bubble wrap our electronics. Nothing goes caseless in our house, because between the overenthusiastic dog and the baby who thinks everything is a teether, danger lurks everywhere. We are looking at ways to protect Sarah’s new iPhone 5C, but is the Griffin Survivor the level of protection she needs, or a case of overkill?

First, a bit of history into Sarah’s experience with protective cases. She had an Otterbox Defender for her 4S, and had been drawn to the Otterbox name because she knew it from her camping days. Unfortunately, that case was ultimately a disappointment for her; the screen protector was terrible, and the rubber never seemed to stay flat over time, making the protective outer layer bulge unattractively. She wound up taking it off her phone because it became more of a nuisance than a help. So the Survivor case was greeted with a huge load of skepticism after the Otterbox debacle.

Immediately, though, the Survivor set itself apart from the Defender. The rubber outside of the Survivor is much thicker and more tightly molded to the plastic inner layer, so it does not feel like it will wear out nearly as quickly. In addition, the screen protector layer snaps on and off the phone last, so if hair or dust gets caught underneath, there is no need to remove the entire case to clean it off. The overall design and build feel both more practical and higher end than the Otterbox case we had before, and that’s a big win for Griffin.

Putting the phone in the case is not terribly difficult, but there are several layers to contend with. You remove the screen protector layer, then peel off the rubber outer cover, place the phone in the plastic inner shell, and replace the rubber and screen protector layer. I found the rubber layer to be a bit finicky at first, but overall this was a snap to construct and deconstruct-I have had a harder time getting phones out of all-in-one cases than I did with this case. For those who want to secure their phone to their belt (maybe you’re headed to a 90’s nostalgia party?) there’s a belt clip and cover included. All jokes about belt clips aside, this seems like a fairly tough clip, and while it only connects to the case at the top and bottom, as opposed to a full body slide-in style, it feels pretty secure.

The Survivor is extremely utilitarian, but it has some nice aesthetic features as well. The rubber forms diamond-shaped bulges on the corners and sides that offer both drop protection and some visual interest to the style, and the diamond shape is repeated with the Survivor logo on the back. Like many protective cases, the headphone jack, Lightning connector, mute switch and volume keys are all covered, limiting areas where dirt can sneak into the phone. The Survivor also has a rubber flap over the camera lens and flash, and that’s the one area that I could see this case being an issue for some users. It’s a quality design, and Griffin thoughtfully has the flap on a rotating peg rather than a hinge, so you can flip it open and be assured it will stay out of the way of your shot. The issue I see is that this does eliminate the ability to be totally spontaneous with photos-you will need to stop, flip open the lens, then take your shot. It’s a tradeoff some people will have no issue with, and it’s one that others will find to be a major inconvenience. I know in my household it’s an issue, because we’re new parents and take pictures of our son every ten seconds. A few seconds to fiddle with a flap could be the difference between “Look, another awesome photo of the baby making a silly face” and “Better intervene before the baby bites the dog”. However, if the majority of your smartphone photography is planned and not spontaneous, the flap is a good compromise between a totally unprotected lens and a cheap plastic cover over the camera.

Sarah’s been trying the Survivor for a day or two, and here’s her take:

The case is protective, especially against surprise baby drool attacks. I like the style, but the rubber attracts a ton of dust, and the flap over the camera gets in the way of taking photos quite a bit. It also took some adjusting to hit the space bar easily, and my finger keeps getting caught in the dock flap. In the end, it’s a nice case, but it has a few too many tradeoffs to be the perfect case for me.

If you need a truly protective case, the Survivor is an excellent choice. Beauty and style are in the eye of the beholder, but in my view this case is much nicer aesthetically than the Otterbox Defender series, and has a much more thoughtful design. It’s a little too much case for Sarah, but if you’re working outdoors or spending time in a dirty environment, it’s well worth the cost to protect your 5C with style!

What I Like: Build quality is excellent; easy to construct and deconstruct; screen cover is protective but easy to clean.

What Needs Improvement: Camera flap can interfere with quick shots; holster only connects at two spots and leaves a portion of the screen exposed.