Unless you’ve lived under a rock the past few years, you might have heard of Lifeproof, and know about all of their accessories for your smartphone, be it Apple or Android device. Lifeproof was nice enough to send me over their more recent NUUD case for the iPhone 6s Plus, and honestly, compared to my review last year, there are a lot of positive changes that I do enjoy! 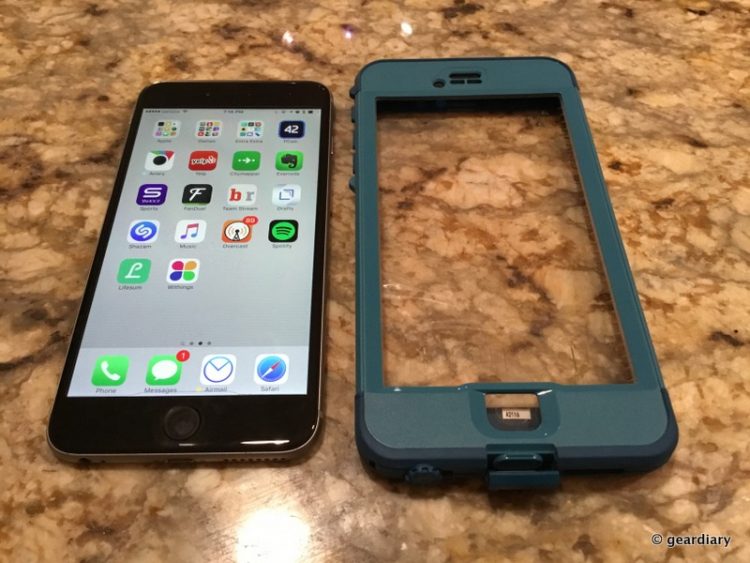 If you’ve used Lifeproof before, you know that they are one of the best Waterproof iPhone cases on the market. There are a lot of imitators on Groupon (which you shouldn’t buy), but none quite are built like the Lifeproof Nuud. My last review of the Lifeproof Nuud for my iPhone 6 was not a very pleasant one due to a lot of bad issues that have since been rectified with the newest model.

What I have noticed in the Lifeproof Nuud for the iPhone 6s Plus is that even though the design is remarkably similar, there are little subtle things, such as the cover for the headphone jack no longer being attached to the case itself. While it still comes with the standard adapter all Lifeproof cases come with so you can plug your headphones into them, if you have Apple Headphones, surprisingly they fit perfectly in the empty hole. 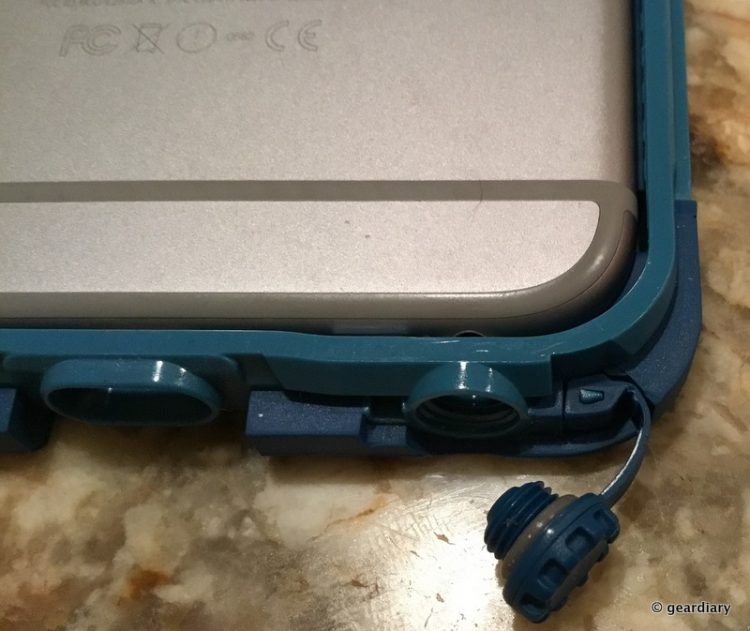 On the original Lifeproof Nuud I had last year, the headphone jack cover sat on the edge of the case itself, and once you opened the case, it stayed attached, which is great in itself, but the updated version of the Nuud actually had a little nozzle on the inside of the case that the jack cover sits on, which is just as secure, but takes up a bit less space than the original version. 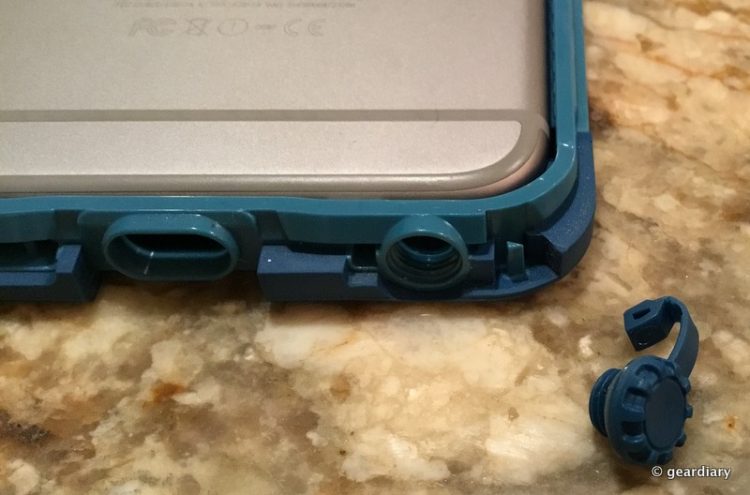 This means you should probably be pretty careful with this when opening the phone case itself to make sure you do not actually lose it.

Since the Lifeproof Nuud is made to be both weather, drop, and scratch protective, I will say that the case has held up pretty nicely in all conditions. The Nuud is obviously a case with the screen portion fully exposed so there is no plastic film over the iPhone’s beautiful screen. There is an optional screen protector that they have begun including in this model that is pretty helpful for chickens like myself who still feel the need to protect their phone screen in their pockets with things like keys and coins. I do however, have a personal love for privacy filters, which Lifeproof does not supply but the original screen protector will just have to do. This is great that Lifeproof included this due to the fact that the Nuud does not work with any other third party screen protectors (trust me, we’ve tried, they do not).

The slimness of the Nuud is remarkable as Lifeproof has not only managed to keep the case only slightly larger than the phone, but all at the same time making sure that your device is protected from the elements. The back of the Lifeproof to me is the highlight of it all, with a clear backing that shows off the entirety of your iPhone 6s Plus for those of you who just love to show off the fact that you have an iPhone and not those other guys.

There’s a discreet logo branding on the lower end of the device as well which honestly doesn’t faze me one bit. 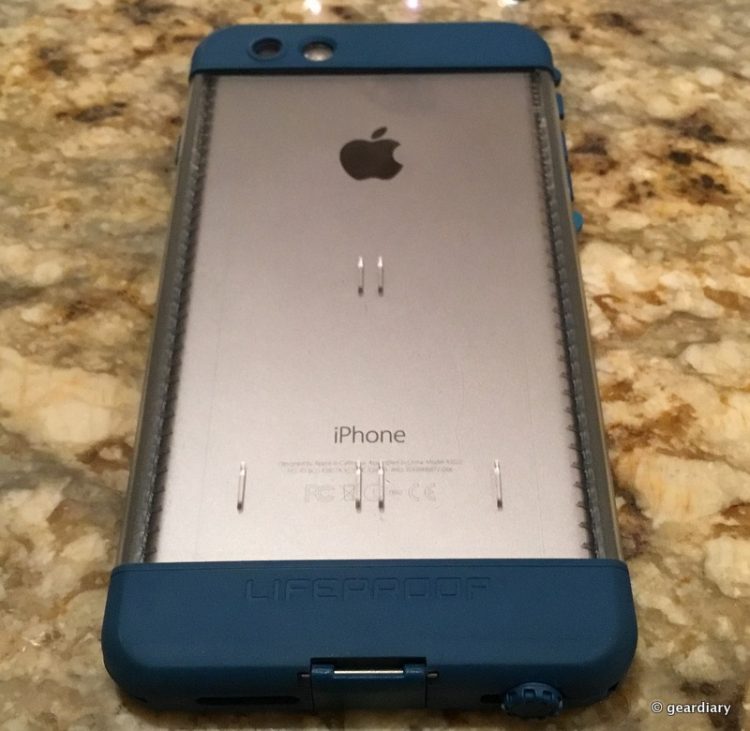 The setup of the Lifeproof is just like any Lifeproof you’ve seen in the past, including the iPhone 6Plus model. You place the device into the case, snap it shut, and you’re good to go. But prior to this, it’s suggested to do the standard water test (instructions included), where you use the plastic blue iPhone marker included with the Lifeproof Nuud itself. You sit it in a sink full of water (or a bowl if you prefer) for thirty minutes. After you’ve done this, you’ll easily see if your device is defective or not due to water leakage. On the model I received which is Blue, you would easily tell if there was leakage due to the band on the inside of the Nuud being blue as well. Thus if it’s wet, it will be a darker hue that what it was prior to being moistened.

Access to the iPhone itself is what you’d expect from a protective case on the market as well. Lifeproof listened to my prayers from my first review about how the Nuud left NO space to charge third party cables as well. Before, if you didn’t use Apple’s standard cable, or one made the exact same way, you were pretty much screwed. Luckily on the updated version of the same case, they have widened the Lightning port so now all third party cables will fit. 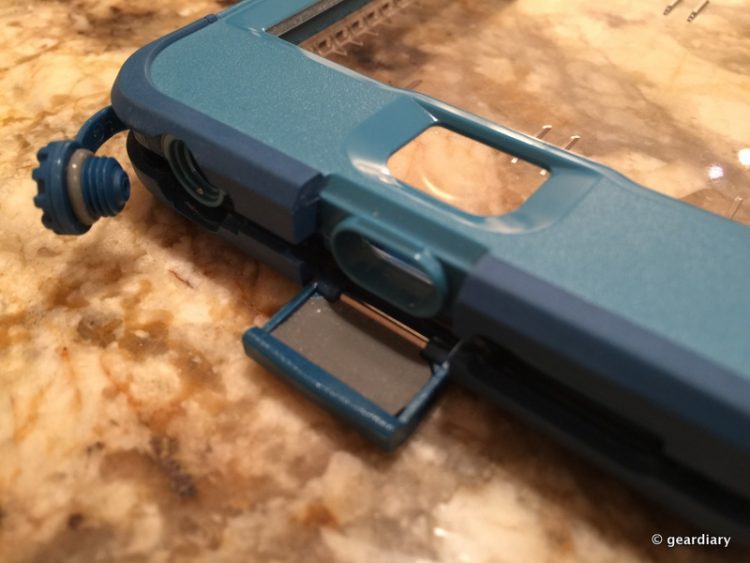 Another notable is the fact that the Nuud now had a better latch system for the closure of the port. Before there were two hinges, one on each side of the Nuud which over time, one or both would break from consistent opening to charge your devices which would leave your case virtually open to the elements. Not a good thing to have happen to you if you’re going to take underwater photos and the case mysteriously decides not to close. So it’s a great thing that Lifeproof changes their approach to the Nuud in this regard.

One negative (the only actually), is one that has not changed about the Lifeproof is the muffled sound of the speaker when using. If you are the type of person who loves talking on speakerphone, fair warning as this case will still have you continuously asking the person on the other line to repeat what they said. The reason why is because Lifeproof made the lightest possible waterproof case they could, and sealing the entire device means that yes, even the speakers are covered. Naturally if you cover your speaker with anything, the sound might get a little muffled. In this case, the speakers are being covered by the Nuud, which yes, will make your calls and audio sound a bit muffled. This won’t be a problem to many if you don’t use the speakerphone option.

With rumors of Apple’s next iPhone doing away with the headphone jack, I’m really intrigued to see exactly how thin Lifeproof will make their cases going forward. They are already top tier when it comes to design, overall build quality, and their return policy is top notch. If you have a defective unit, they will simply ship you another one (after you’ve signed up for your warranty online). I’m content in saying that I don’t feel bad about my previous review of the Lifeproof Nuud for the iPhone 6 last year, but I’m grateful that us as customers spoke out about it to the point Lifeproof listened and made the necessary changes. I’m currently rocking this on my device now, not just for the protection, but for the cool color, now that Lifeproof has begun making color variants of the Nuud .

Available in five different colors, the Lifeproof Nuud is available online for $99.99!

What I Like: Screen less AND waterproof? Yes. All of the necessary improvements have been made, including the Lightning port.