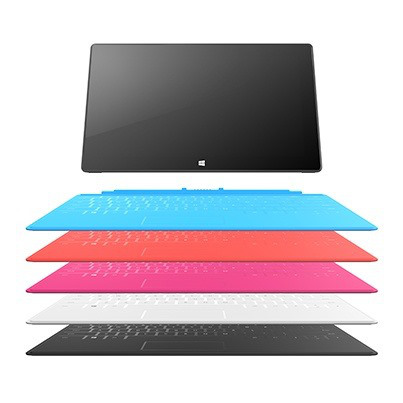 I have a Surface RT, and I recently snapped up a Touch Cover for it when I saw a great deal. It arrived last night, and I was all excited… except that it didn’t work. Well, mouse and volume were responsive but nothing else. I was all set to do a return, until a post at WPCentral solved my problem!

Last night I ran through all the recommended fixes — I restarted, reseated the keyboard, and even cleaned the contacts with rubbing alcohol. No dice. Today I printed out the return label and was ready to declare the whole try a massive fail. On a hunch, I checked WPCentral, and I found someone who claimed he had fixed his Touch Cover issue with a full reset. He said he was told that sometimes the Surface doesn’t have the drivers set for the Touch Cover, so wiping it out and resetting it with the Touch Cover installed triggered the driver to activate. I wasn’t thrilled about the hassle of a reset, but the geek in me wouldn’t let it go. After all, if the cover was truly defective, then it wouldn’t have worked at all. If it recognized the touchpad maybe it was a driver issue, so I bit the bullet tonight and performed the reset.

And it worked! Immediately when I started setup, the keyboard worked perfectly. Best of all, Microsoft had pulled all my settings and in under an hour I was back up and running easily. If it hadn’t been for a fortuitous thread on the WPCentral forums, I would have boxed the keyboard up and written off the Touch Covers entirely.

Amazingly, Microsoft’s own support page doesn’t discuss this as an option. It’s entirely possible this is the type of fix they prefer to suggest in one on one support so they don’t end up with someone angry that they didn’t back up and now their files are gone, but this should be listed as an advanced option. I know I searched Google, Bing, and every support page at Microsoft, and I had no idea a reset would fix the issue, but this should be common knowledge!

So remember, if you have a Surface and the Touch or Type Cover isn’t working right, don’t despair … back up, try a reset (with the keyboard attached), and see if it solves your problem too!