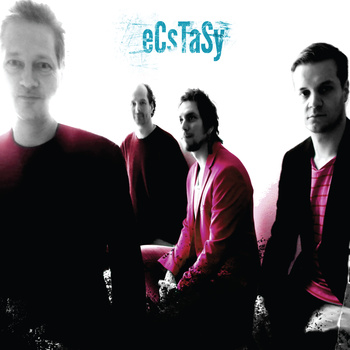 Raoul Björkenheim is one of those artists who has been around for years, but has not seen the recognition he deserves. I first heard of him through work with Bill Laswell a few years back, and more recently with Scorch trio. Now he is back with his group ‘eCsTaSy’, and the results are powerful and engaging.

Where to buy: Cuneiform Records

“The band name Ecstasy refers to a music that is so fluid and intelligible that it flows around and past obstacles, and attains the listener by surprise and joy. The listener finds himself outside of his self, transported. I firmly believe that music does have a mission to elevate the spirit, to remind the listener about the ecstasy of being alive. I’d love our band to play so much together that we’d be able to communicate on a high level of ESP, and make our group interplay truly virtuosic in the positive meaning of that word. Then we could communicate to any audience, regardless of whether “jazz”, “rock” or “contemporary”.

There is a moment at the beginning of ‘SOS’ where the harmony reminds me of the 70s Soutern Rock group ‘The Allman Brothers’. Seriously – and I found it engaging. This came after the punctuated saxophone and rhythm section beginning and before the syncopated mid-section and wild experimental saxophone solo over a varying backdrop.

The first minute or so of ‘SOS’ tells you everything you need to know about the album. There is jazz, rock, fusion, world music, old and new colliding, and more. None of it is particularly mainstream, and none of it is boring.

Ecstacy consists of Raoul on guitars, Pauli Lyytinen on saxophones, Jori Huhtala on bass and Markku Ounaskari on drums. At times it feels like there are at least a half-dozen players involved, as each musician brings a vast palette of soundscapes and sonic possibilities.

The guitar sounds carried me from Bitches Brew through John Abercrombie’s Gateway through Mahavishnu in the 80s and straight into the modern era, never feeling trite or over-done. The mesh of heavily effected guitars and acoustic bass worked incredibly well, as there was a feeling of a quartet that was at once acoustic and electric.

‘Quick Hit’ Song: “El Pueblo Unido” – an amazingly energetic song with an anthemic feel, with a great harmonic structure and plenty of room for playful improvisation and some intense and frenetic solos.

Would I recommend?: Absolutely! As mentioned there is something for everyone with an appreciation of jazz and rock music. The compositions are intriguing, and there is plenty of room for open improvisation throughout.

Suggested audience: This is adventurous listening, but not so far out that I have been asked to turn it off. Yes, I do use that as a benchmark in my house! The guitar and saxophone sounds can be harsh and grating, rhythms tend to wander quite a bit and are at times merely suggested, but there is a lot here to reward the listener.

If you are intrigued, check out the sample below and see if Raoul Björkenheim Brings ‘eCsTaSy’ to you!

Here is a Bandcamp stream for the first track: