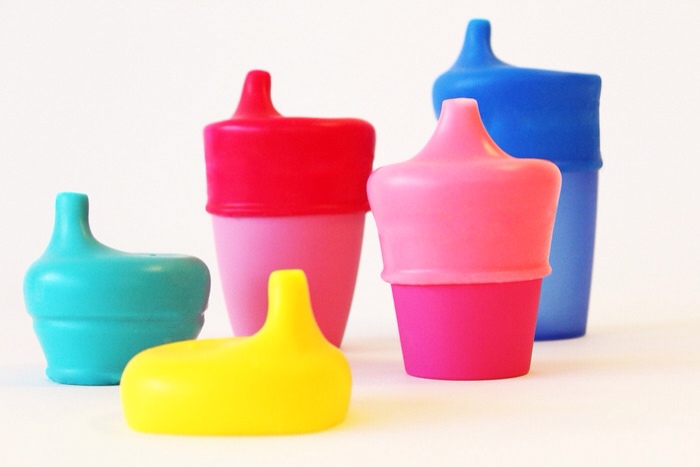 Babies not only require a ton of stuff, but they constantly rotate in and out of all that stuff. Just when you’ve mastered bottles, it’s time to move on to sippy cups. It’s a never ending parade of plastic pieces, but the Kickstarter project SipSnap hopes to make the transition easier with universal sippy cup covers!

If it’s been a while since you spent time with tiny humans, sippy cups are the transitional tool between bottles and regular cups. They let babies hold a cup to drink; drinking is done through a spout that’s sealed until they suck down, so if little hands tip the cup over there isn’t a big mess. We are slowly introducing sippy cups to our son, and while he’s not impressed with them, I am intrigued by the idea of the SipSnap Tot for two reasons. One, they’re a single piece, making them seem super easy to clean. Two, my son loves everything and anything that his mommies use. Our plates and silverware are clearly superior to his, because we use them and not him. Combining something for him (a sippy top) with cups that we use, would probably make him more amenable to giving cup use a shot.

And for kids who have moved on from the sippy cup, there’s the SipSnap Kid. Same concept of a silicon cover for cups, but instead of a sippy spout there’s a hole for straws. Again, it gives kids a chance to use any cup as a drinking vessel without fear of spills. Both the Tot and Kid version are BPA and phthalate free, and are designed to stack easily and fit over most cups. You can check out their Kickstarter page here; pledging only $20 gets you a set of three SipSnaps in either Tot or Kid. Higher pledges get you more packages, and you have until April 7th to back this project!