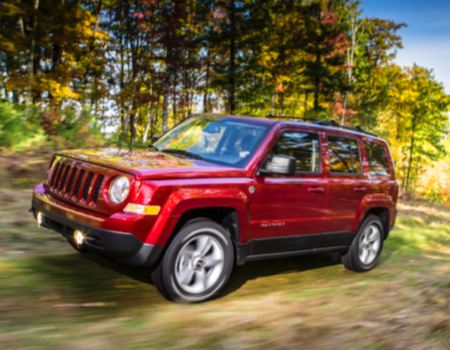 With the recent departure of the Compass model from Jeep showrooms, the automaker now anchors the entry end of its lineup with the Patriot compact SUV that boasts Jeep styling, Trail Rated 4×4 capability and, according to Jeep, is still the best priced SUV in America. For 2014 Patriot now offers up to 30 mpg thanks to a new transmission.

Quite honestly I did not realize Jeep still offered the Patriot model as its entry vehicle. I thought it disappeared with the elimination of the Compass a couple of years ago, but despite it being of unibody construction the automaker brags on Patriot’s off-road capabilities as well as its performance around town. 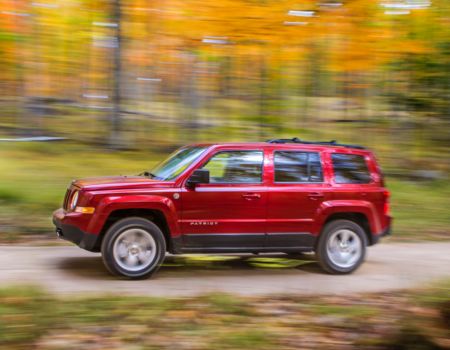 There are three models in the Jeep lineup sporting unibody construction: Patriot, Cherokee and Grand Cherokee, all of which are solidly built and offer Jeep’s unique Trail Rating for their 4×4 capabilities. Basically, Trail Rating is Jeep’s promise the vehicle won’t leave you stuck in your average muck and mire. 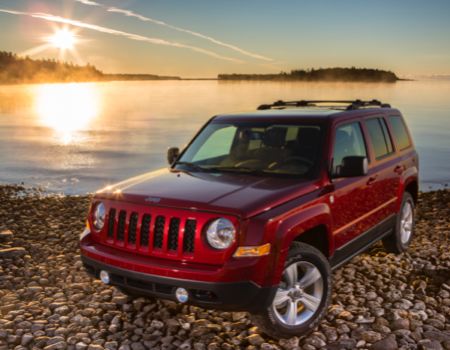 While I was looking forward to testing the new six-speed auto, I discovered the off-road package on this test vehicle requires the CVT2 transmission that features a low range for enhanced 4×4 operation that basically takes the function of a two-speed transfer case and places it into the transmission. The Trail Rated Patriots also feature a lockable center differential and Freedom Drive II brings 17-inch all-terrain tires and aluminum wheels, full size spare tire, Hill Descent control, skid plates, tow hooks and fog lamps to the mix.

The beauty of Jeep’s Trail Rated vehicles is that they do not sacrifice much in the way of “urban comfort” as the vehicles are very comfortable around town and on the highway offering the latest creature comforts and amenities and a host of safety technology. While I still find CVT gearboxes take a bit of getting used to (they are the ones that wind up to a constant RPM and stay there until the driver lifts off the accelerator once optimum speed is reached) there is no harsh shifting and the new line of Chrysler/Fiat (make that Fiat Chrysler Automobiles) World Engines are much smoother and quieter in operation while offering improved performance and fuel economy. 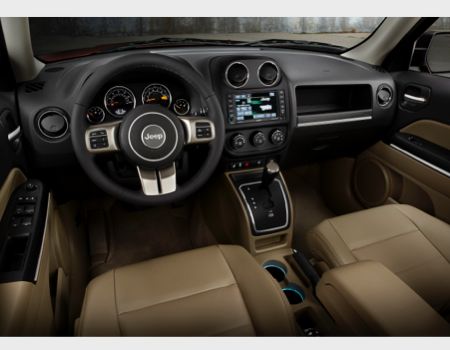 It seems to me that the 2014 Jeep Patriot models were designed for the average female driver as I found myself ducking a bit every time I climbed in and out of the vehicle, but my spouse had no difficulty and found the vehicle to be very accommodating to flats or heels. The Patriot seats up to five adults, and the rear seat offers very good head- and legroom. Cargo space is listed as 23 cubic feet behind the rear seat and 53.5 cubes when that seat is folded flat.

As the 2014 Jeep Patriot features more traditional Jeep styling (especially when compared to the new Cherokee), it is not very aerodynamic but it makes no excuses for that. It offers very good ground clearance with good front and rear brakeover for those times when the pavement ends and flat surfaces are few and far between. 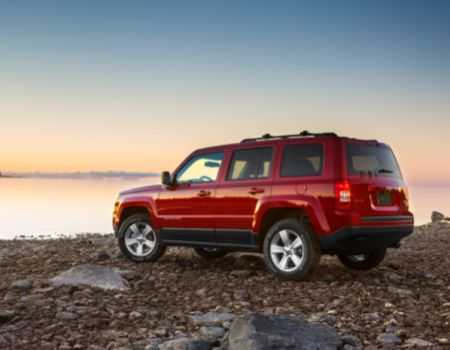