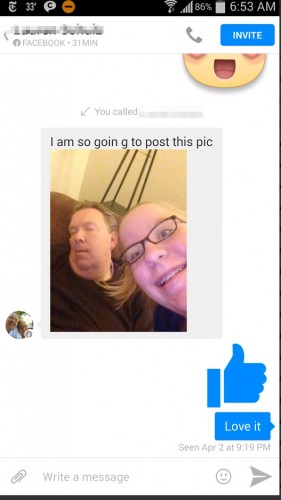 Yesterday Facebook announced the conscious uncoupling of their messaging feature from its core app. Some exceptions exist – such as if you use Paper (both of you) or some third world variant of their app. However this announcement started me thinking. Disbanding Facebook Messenger from the Facebook app as a whole is a completely absolutely brilliant move. Here’s why.

Everyone is talking about the move to force a standalone messenger onto users as one that is purely technical. As if the move only makes sense because it makes Facebook’s core application easier to use. Hogwash.

I will not be at all surprised if Facebook reintroduces the ability for their Android app to also receive and send SMS and MMS. This is a feature they used to allow but quietly removed. This move by Facebook to create only a standalone Messenger application is way more than merely technical.

Say hello to the next generation SMS/MMS.