Hypothetical situation: You have the CEO of a major company on your morning news show for an interview. This CEO has been under the microscope for good news (positive sales numbers) and bad news (product issues). So what’s tops on your list of questions? How to fix the products? Why are sales strong? Are they a good parent? Wait, what?!

If you did a double take at that last question, well, you’re not Matt Lauer on The Today Show. He had an interview this week with Mary Barra, the CEO of General Motors, and he had the audacity to ask her if she felt she could be both a good mom and a good CEO. No, I am not joking.

First Matt Lauer asked if Mary Barra was hired because she presented a softer image at a time when the company needed better PR; her response was that she earned her position and was qualified on her merits. He then followed it up by asking if she thought she could be a good parent given the stresses of being the CEO of General Motors. Lauer has defended the questions by saying that Ms Barra has discussed her work/life balance before, and that he absolutely would have asked a male CEO, explaining that he felt it was fair game since she’d discussed her family in an interview in Forbes. 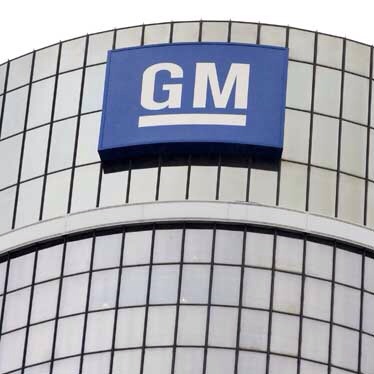 The Forbes profile is online here. To save you the trouble, I did a word count, and the article clocks in at 3,582 words about Mary Barra and General Motors. The section on work/life balance is 102 words. The remaining 3,480 words discuss Ms Barra’s biography, praise from her predecessor about her job performance, and of course a lengthy discussion about GM’s infamous recall and ignition issues. As part of that discussion, yes, her family was briefly mentioned, and she did say her kids care more about her being a good mom. That’s … not shocking. All kids feel that their parents should place being parents at the center of the universe. My son is one year old, and his vocabulary is limited to doggy/uh oh/yay/hi/mama, and even he would be able to communicate that my job is clearly less important to him than whether or not I am being a good parent! So there was Matt Lauer, interviewing a woman who has been the face of a major American corporation during an incredibly difficult time, and he thought “You know what people want to know about? How she feels about motherhood, and whether she has her job because she looks friendly and cuddly.”

This isn’t to say that everything should be equal and the same forever, and I don’t think that work/life balance should be off the table for all discussions. I do think that there’s pressure and expectations that are different if you’re the CEO of GM. She’s the first woman in that position ever, in a very male dominated industry, and her kids are not babies. And GM has serious issues with their image and possible lawsuits. It seemed like a weird time to zero in on her gender and motherhood, and then to claim it was fair game because of an offhand mention in an interview.

That’s why the timing is my main issue. If he were interviewing Marissa Meyer I wouldn’t be as annoyed. Yahoo is on fairly stable footing, and whatever issues she has are about her and not her gender, and she’s proven herself as a CEO. So if he were chatting with her and asked about work/life and her young son, that would be less jarring. In this case, Mary Barra has been in the hot seat for months, and her company can’t go two days without more bad news. Focusing on her family and continually asking if she can handle motherhood and her corporate issues implies that she has to choose, and since we know from prior interviews and prior years that other CEOs of auto companies have NOT been asked that even while teetering on the edge of bankruptcy, it comes across as sexist.

And in the end, this isn’t just about Mary Barra, it’s about the double standard all women face when they are working mothers. Matt Lauer stepped on a landmine when he implied — purposely or not — that Mary Barra had to choose between steering GM out of a serious crisis or raising her boys, that she couldn’t do both. The one positive in all this is the backlash against this attitude; regardless of how people feel about Mary Barra, or GM, it’s getting people talking and pointing out that motherhood doesn’t preclude one from being a professional, or vice versa.

Hopefully someone sends that memo to Matt Lauer and The Today Show!