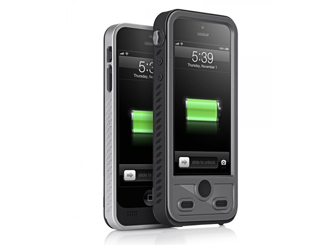 Most iPhone battery cases, along with the iPhone itself do not allow you to swap the battery out, meaning if you want to get more juice into your device, you’ll need to plug it in. However, ibattz has decided to allow the user to swap batteries in and out of their Mojo Refuel Aqua S battery case. This means that you could purchase extra batteries, charge them up, and have them on-hand so that when your juice runs out, you could just swap in a fully charged battery rather than stopping to plug your device into an open USB port. This is a fantastic feature for those of us who are on the go all the time. 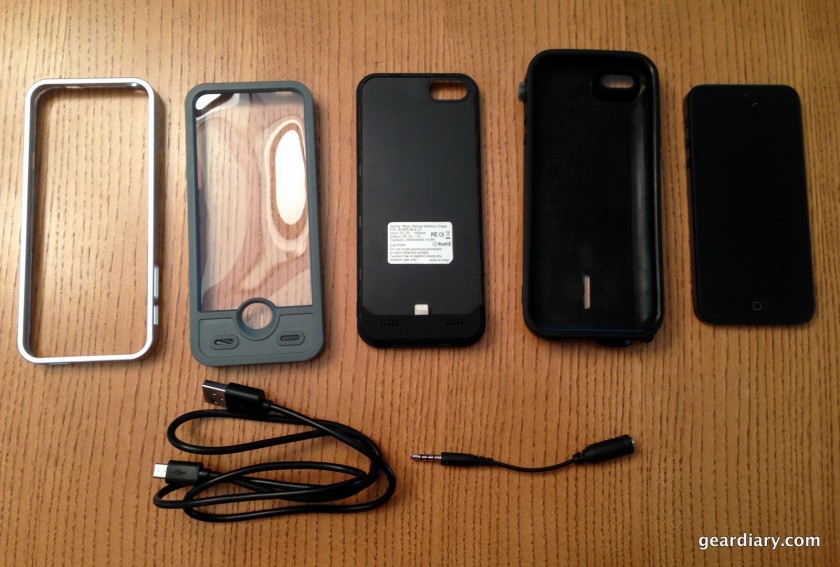 Everything included in the retail box, minus the iPhone.

The battery included with the ibattz Mojo Refuel Aqua S battery case is an I9300 battery that has a capacity of 2200 mAh, which can recharge your iPhone more than 1.5 times over. The battery pack is recharged using a standard microUSB cable.

Another great feature of the ibattz Mojo Refuel Aqua S is that it also includes a silver bumper that can be used along with the battery pack to create a much slimmer, less rugged battery case. It actually turns your case into ibattz’s Refuel case. This means that you have the option to decide whether you need a waterproof case or whether you’d just like a slimmer, sleeker battery case for your phone. The choice is a nice touch, because to be honest, the waterproof outer shell makes the case really big in my opinion. 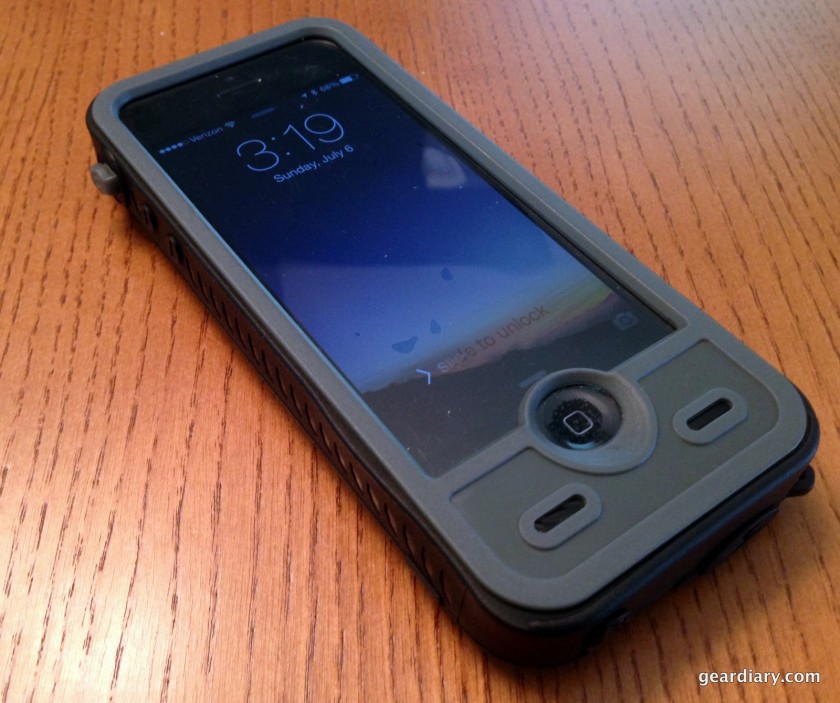 The ibattz Mojo Refuel Aqua S battery case measures in at 5.7” L x 2.75” W x .79” D and it weighs 2.9 oz with the battery installed. While the case itself isn’t heavy, the dimensions of this case make it feel huge in comparison to another rugged case I recently reviewed.

The Mojo Refuel Aqua S is not only IPX8 rated waterproof, but it is also rated for shock and impact protection for drops up to 1 metre or 3.3 feet.  IPX8 is a fancy certification meaning that the phone can be fully submerged in water without damaging the case or phone itself. 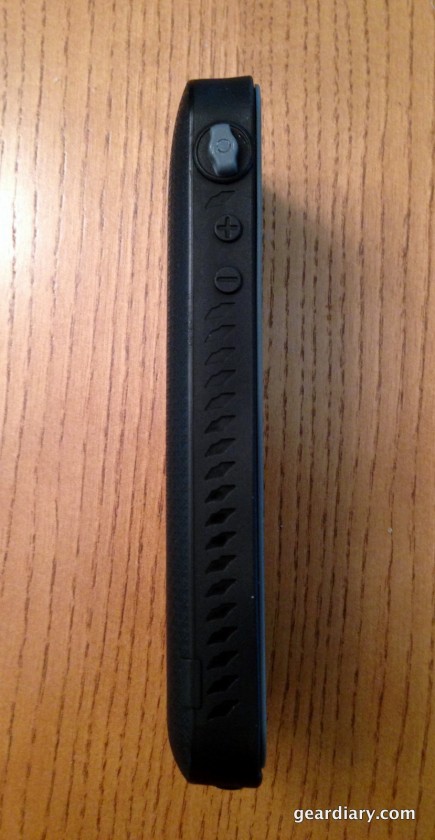 The waterproof outer shell of the ibattz Mojo Refuel Aqua S battery case has a built-in screen protector that allows for good touchscreen use on your iPhone. There is also a built-in Touch ID membrane over the home button that allows for fingerprint scanning on the iPhone 5s. The volume buttons and power button are accessible via over-mold buttons on the outside of the case. The mute switch is engaged using a radial dial that’s easy to use.

The headphone jack and microUSB charging port are accessed using rubber port covers that are very secure so there’s no need to worry about them slipping out. In order to use headphones with this case, however, you’ll need to use the included headphone adapter. There are also four blue LEDs on the back of the battery case that tell you the remaining battery capacity of the battery pack. 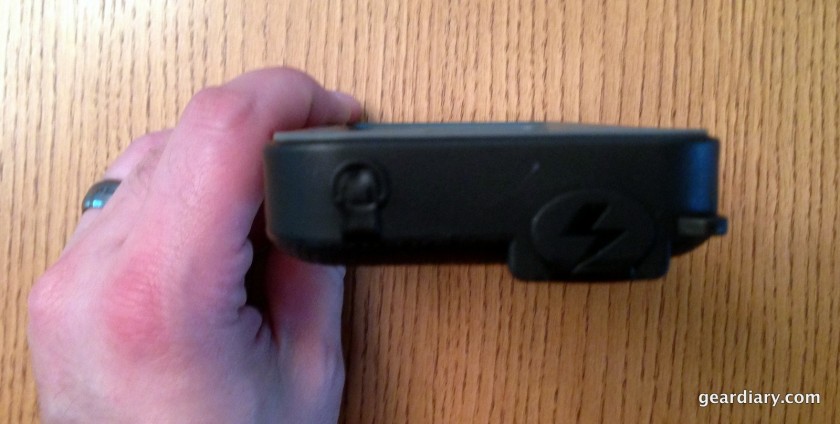 There are also audio in/out membranes towards the bottom of the case that allow sound to enter and exit the case without also allowing water to infiltrate. Unfortunately, however, the membrane and the case do not do a great job of this and in order to hear the sound coming out of your speakers, you’ll really have to pump up the volume. The same can be said for voice calls, as you’ll need to speak up in order for the person on the other end of the call to hear you. 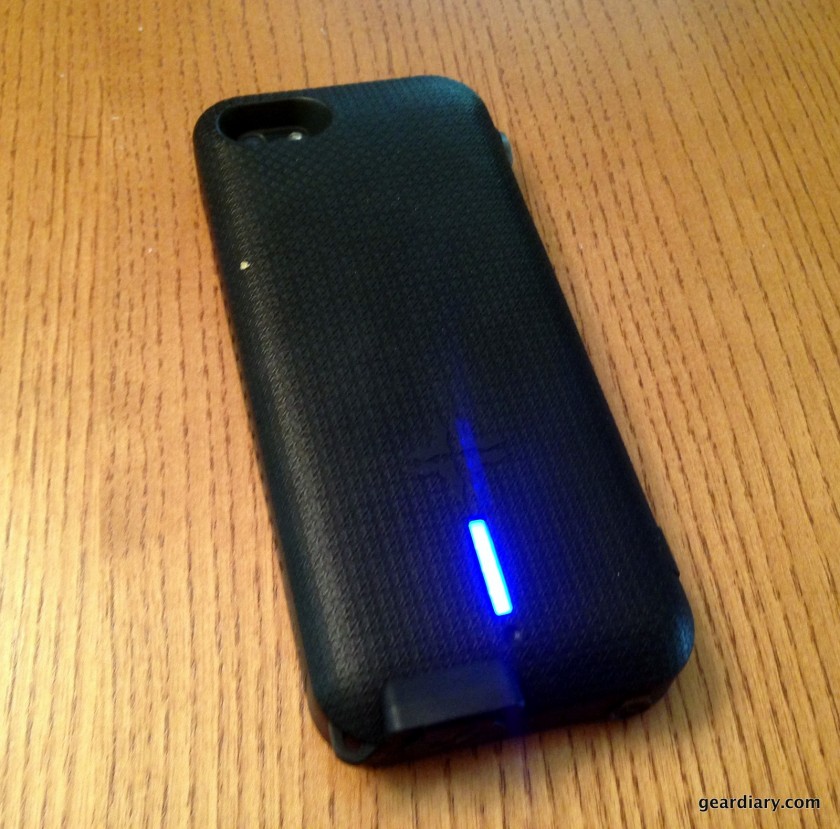 Overall, I think that the value you get with the ibattz Refuel Aqua S battery case is unmatched, between being able to swap batteries in and out of the case and being able to switch from bulky and waterproof to slim. However, I do think that the build quality can be improved slightly and the case, when waterproof, is a bit too big for my liking. Also, the audio volume issues need to be addressed.

You can purchase the ibattz Mojo Refuel Aqua battery case directly from ibattz on their website.

Source: The ibattz Mojo Refuel Aqua S battery case was provided to me as a review sample by the manufacturer.

What I Like: Swappable batteries; Ability to change from waterproof to slim; The combination of waterproof and battery case is unique.

What Needs Improvement: When using the waterproof outer shell, the case is very bulky; Quality of materials do not feel up to par with some of the higher-end cases on the market.