My MacBook Pro is also my desktop. At work that means I use the laptop as a laptop. At home, however, I connect it to a monitor, mouse, keyboard, and assorted peripherals. The new Belkin Thunderbolt 2 Express Dock HD is a great way to get all the connections I need with speed that is simply mind-blowing.I’ve used other docks and port replicators, but I was excited to try this one; I have not been disappointed. 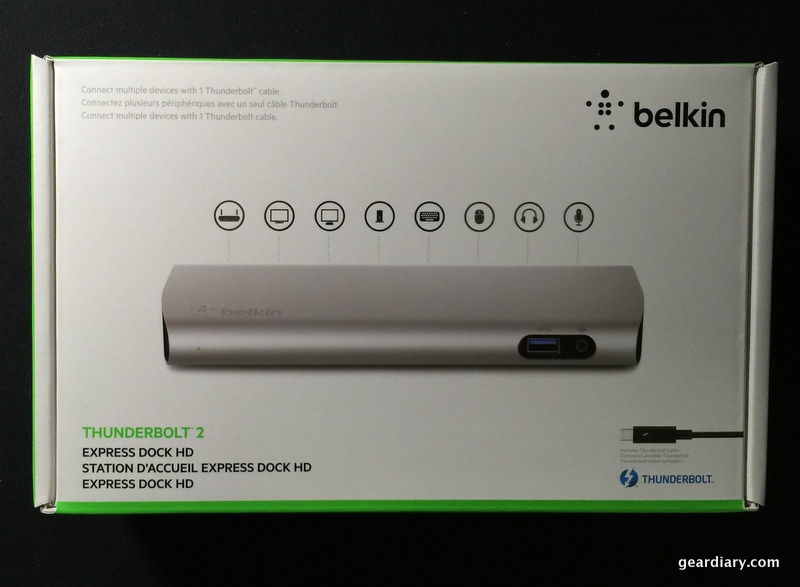 Inside the box you’ll find the Express Dock HD, a power adapter and a Belkin 1M Thunderbolt Cable. The inclusion of a Thunderbolt cable is no small thing, since they still cost $30 or more. Still, taking that into account still means the Belkin Thunderbolt 2 Express Dock HD with Cable is $270 and that is a bit pricey. On the other hand, the speed and convenience offered by the dock is second to none.

How fast are the speeds offered by the Express Dock HD? 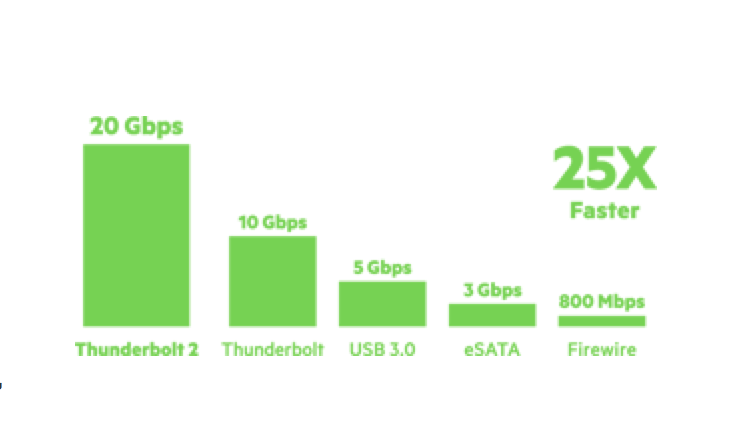 Belkin’s original Thunderbolt Express Dock transfers files at 10Gbps. The Belkin Thunderbolt 2 Express Dock HD has Thunderbolt 2 technology inside and allows for transfer speeds that are twice that. (For those of you who are math-challenged that means you can get speeds up to 20Gbps. 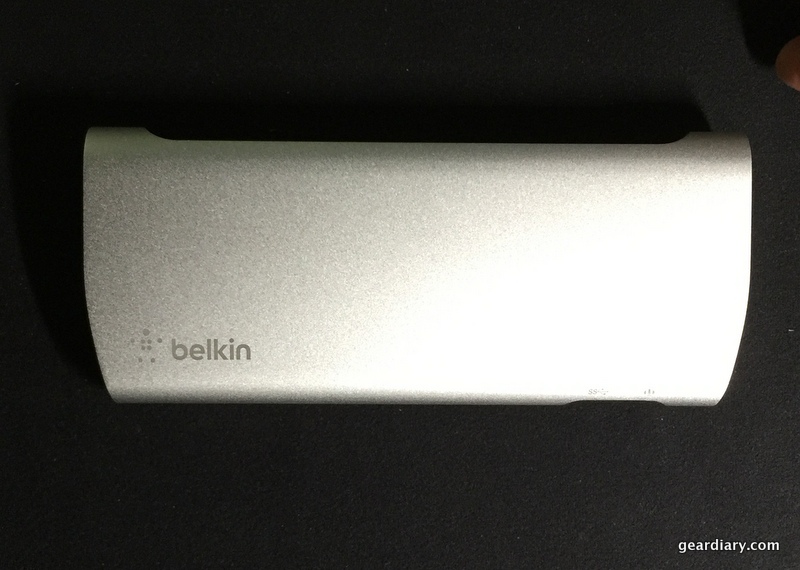 The unit itself is rather simple and unassuming in its appearance. This is definitely a case of a speed wolf in sheep’s clothing. The brushed aluminum finish is attractive and gives it the premium feel that its $300 price tag warrants.

The ability to daisy chain four more Thunderbolt devices is a big deal for many. As Belkin notes:

Not only can you connect 8 devices directly to your Belkin Thunderbolt 2 Express Dock HD, but you can continue to add up to 4 additional (5 total) Thunderbolt devices by daisy chaining them together. The configuration potential is virtually limitless, allowing you to customize your setup exactly to your needs and specifications. 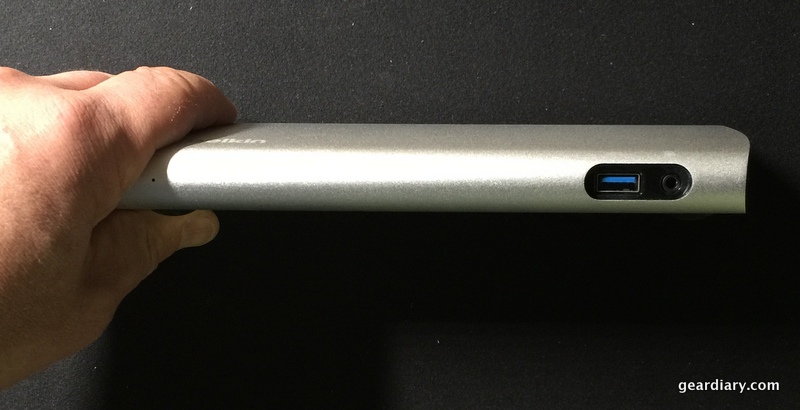 On the front of the unit you have a single USB 3.0 port and a 3.5mm headphone/microphone adapter. That means you can quickly and easily connected and detach items that you don’t use on an ongoing basis without having to flip the dock over. It is a nice touch and I only wish there were two USB 3.0 ports instead of one.

The back offers a plethora of connectivity options. There’s an ethernet port, a 3.5mm headphone jack, two USB 3.0 ports, 2 Thunderbolt 2 ports, an HDMI port and the input for the AC power adapter. That’s more than enough connectivity and will help keep your desk neat and organized. 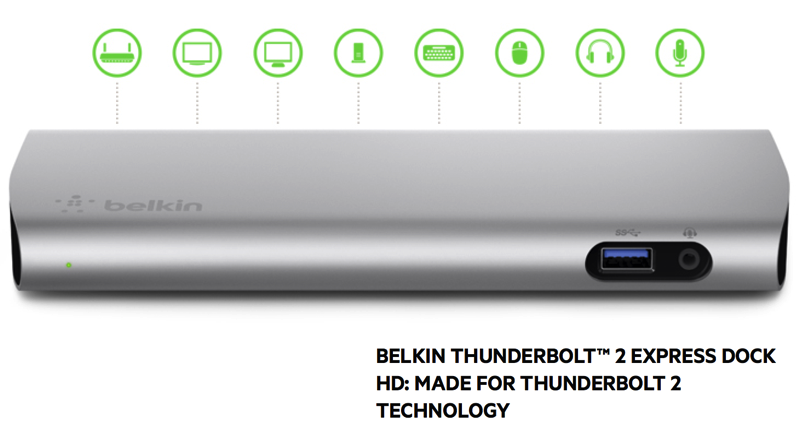 Setting up the dock took just a few seconds. I love the fact that all my cables now drop behind the desk and the only connection I need to worry about is the Thunderbolt connection to my MacBook Pro. It means disconnecting the computer — as I did this morning since I needed it at work today — is as simple as removing one cable. Reconnecting it when I get home tonight will be just as simple. And while I don’t have actually speeds to share just yet, I can tell you that I have no complaints with regard to the transfer of large files from my computer to my external drive. Quite the contrary, I am blown away by how quickly huge video files make the jump from one to the other.

In all the Belkin Thunderbolt 2 Express Dock HD does exactly what it promises and does so with simplicity. Some may find the price tag a bit high but if you want something that offers incredible speeds AND convenience AND looks great this is pretty much the only game in town right now. Learn more here.

What Needs Improvement: Only one USB 3.0 port on front; Price