While some parts of the “connected home” idea are natural fits for new technology (like smart thermostats and locks), I have been a huge skeptic of the idea that EVERYTHING should become smarter. Does a lightbulb really need Bluetooth? To overcome my skepticism, I volunteered to review the Oort LED Lightbulb, and now my household is in love. 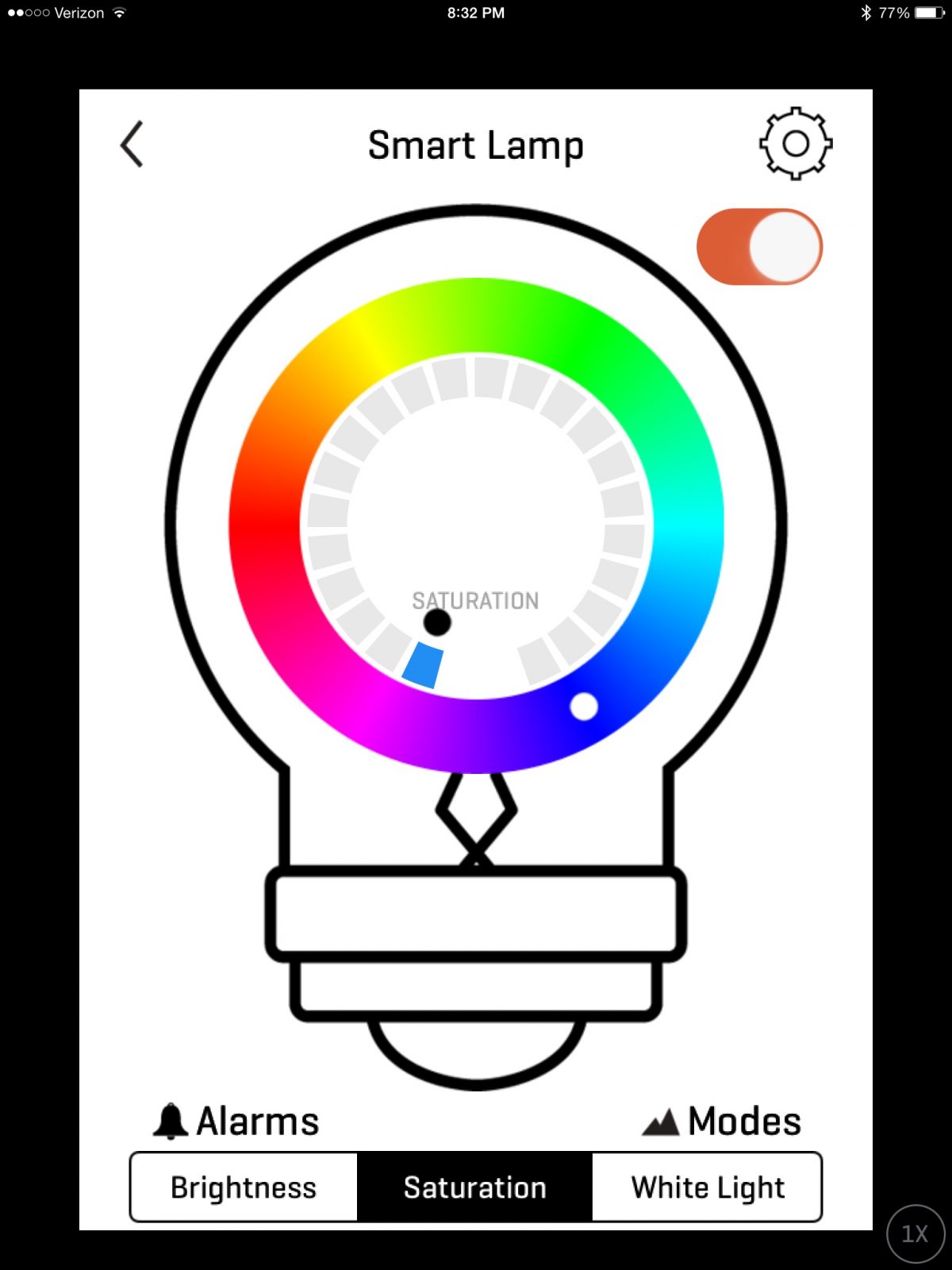 I didn’t know what to expect from the Oort, but I assumed right from the start that my wife would be unimpressed. Sarah is more than happy to use and enjoy technology, but she’s not the type to jump at early adopting every new idea, and I figured she would laugh at the idea of a $40 connected lightbulb. And at first, she was indeed quite skeptical about it. But after a quick demo of the Oort and it’s features, Sarah surprised me by asking if we could get more Oort bulbs for around the house; she especially loved the idea of having one for her side of the bed! 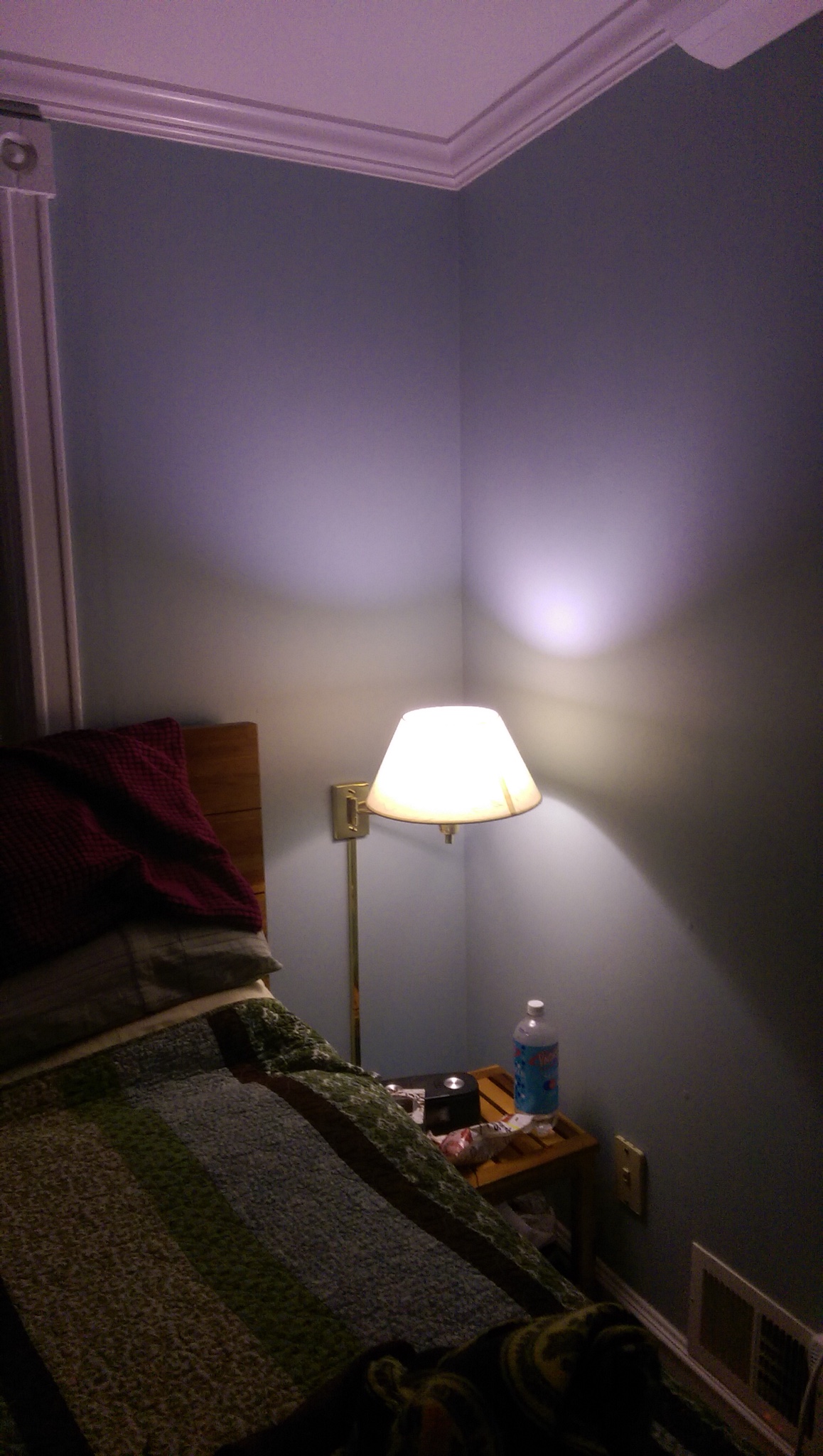 Operating the Oort is ridiculously easy. There’s no special pairing, just screw it into a socket and fire up the Oort app. The first time you use it, you create a group and add any connected devices to it, so in theory you could use the same app to control multiple locations. Once the bulb is added, you can toggle it on or off from the main app screen, or you can drill down deeper and get really fancy. 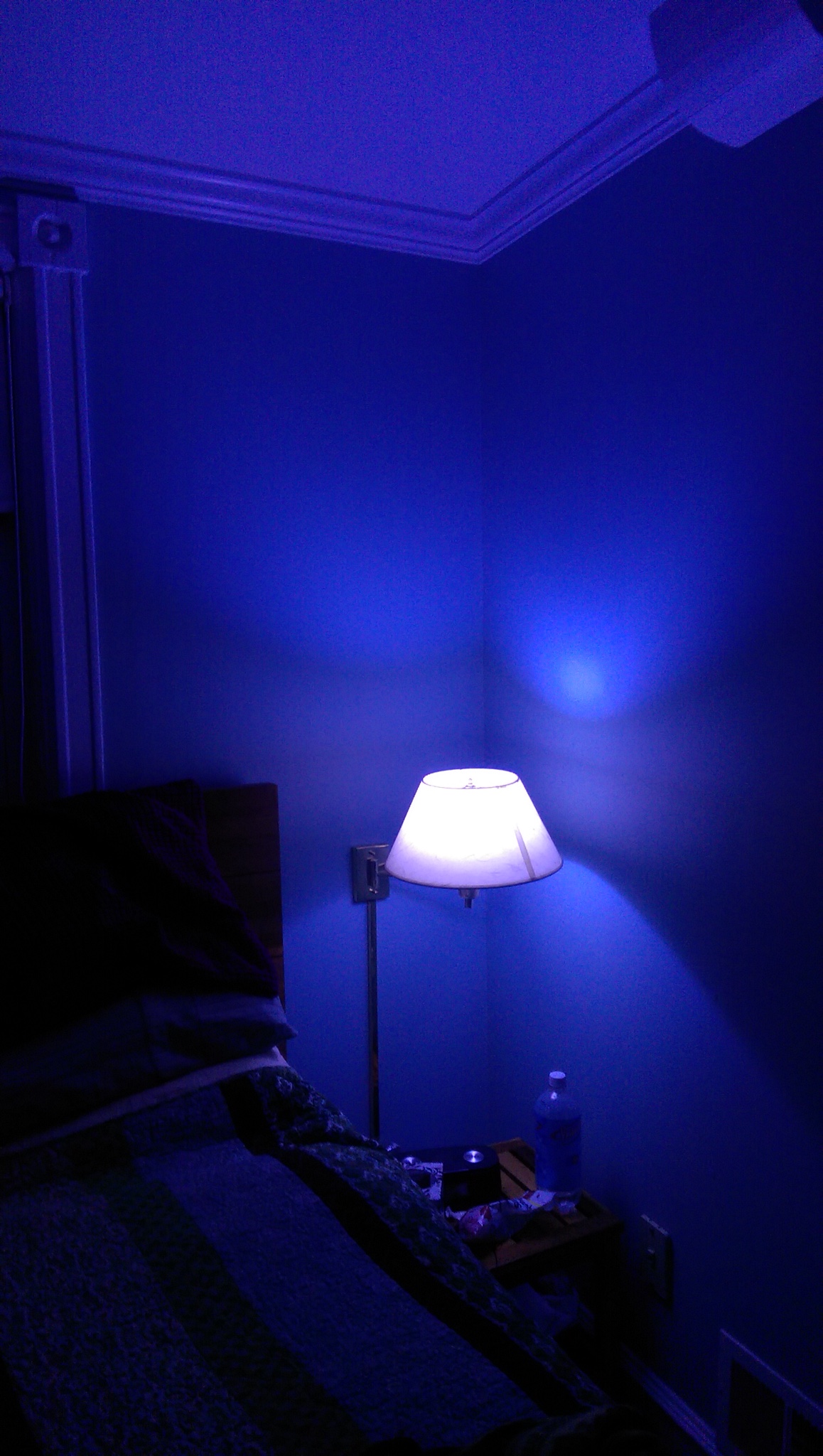 The bulb settings are where the Oort LED gets really fun. You can change the color, brightness and saturation with ease, and you can even set on/off alarms (in theory-more on that below). Being able to change up the color palette and dim the lights is what sold Sarah on the bulb. We often fall asleep at different times, and being able to leave a dim light on for whoever is awake was far less disruptive for us than someone (usually me) clomping in waving a smartphone with the flash lit up to see. We did some experimenting and found that dimming the brightness and staying just shy of the red spectrum was low enough to light up a small area without disturbing anyone sleeping in the room. It’s just bright enough that you could read a book if you had it near the light, and you can always experiment by gently bumping the brightness up or adjusting the color saturation. This is a lightbulb that is truly customizable to your needs!

The Oort is also handy if you’re throwing a party, as there are modes that flash, “snore” and otherwise change the tone on a rhythmic basis. It’s a cool party trick more than it is something useful for us (we’re boring) but if you had this in a living room it would be fun to show off! Oort also suggests on their website that this could be used to help soothe a child to sleep, but in my very limited test with my toddler he felt more compelled to attack the light and learn more about it than to be comforted by it, but it’s worth trying if your child likes a nightlight! 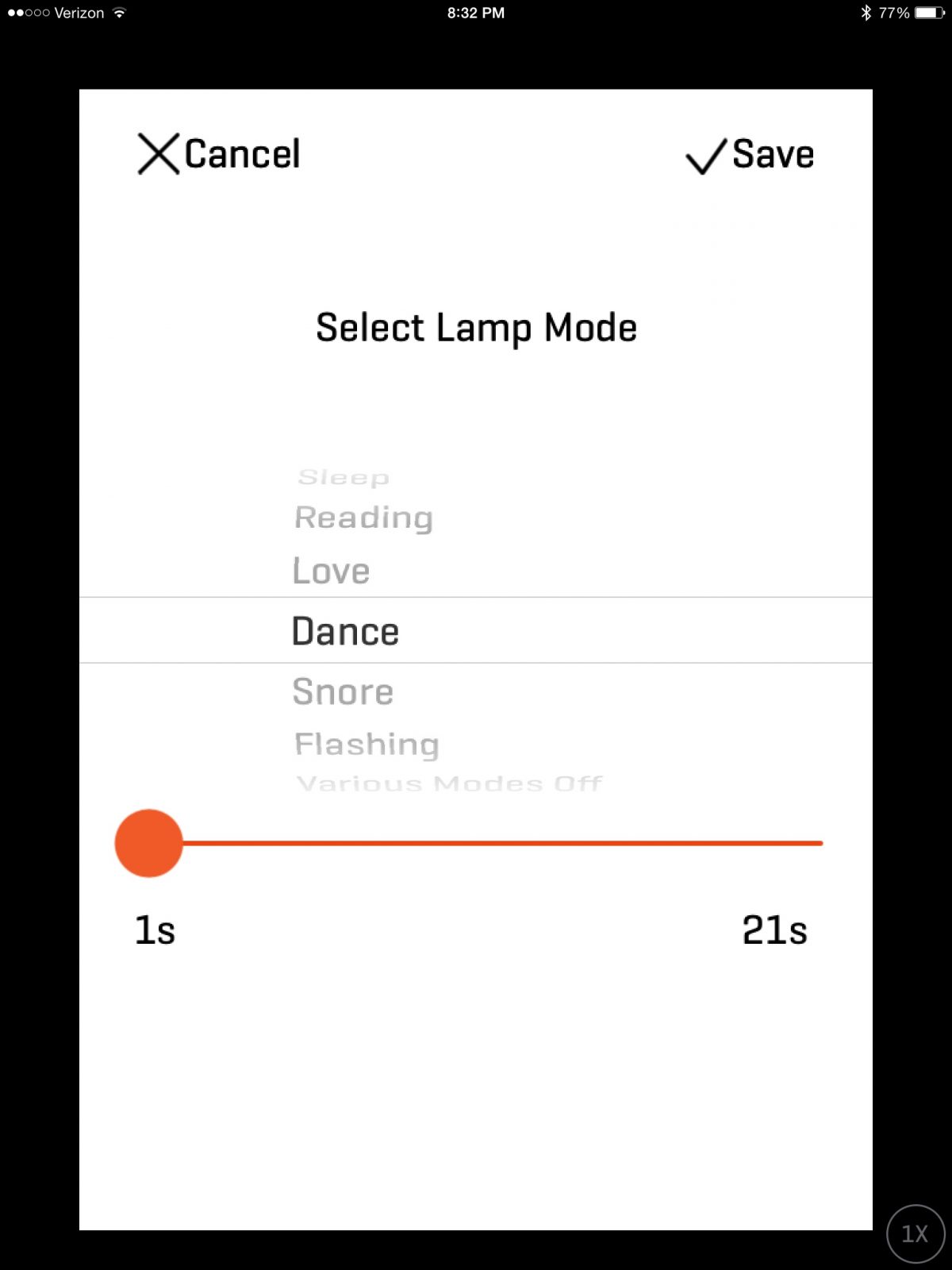 There are some not so bright spots to the Oort LED as well (I’ll pause while you stop groaning.) One, LED bulbs take some adjusting to; it doesn’t feel as bright, even on the highest setting, as a regular bulb. It’s fine for a bedside lamp, but I think it would be tough to adequately light a large room. Two, the apps were slightly buggy. The iOS app insisted the bulb was offline when it wasn’t, and the android version has force quit a few times on me. Also weird: the alarms don’t line up properly in either Android or iOS, making it a guessing game as to which setting was correct. In fact, because of this I wasn’t able to get the alarm function to work at all. I had it set, and nothing happened, and I suspect it’s because of this strange disconnect/bug. 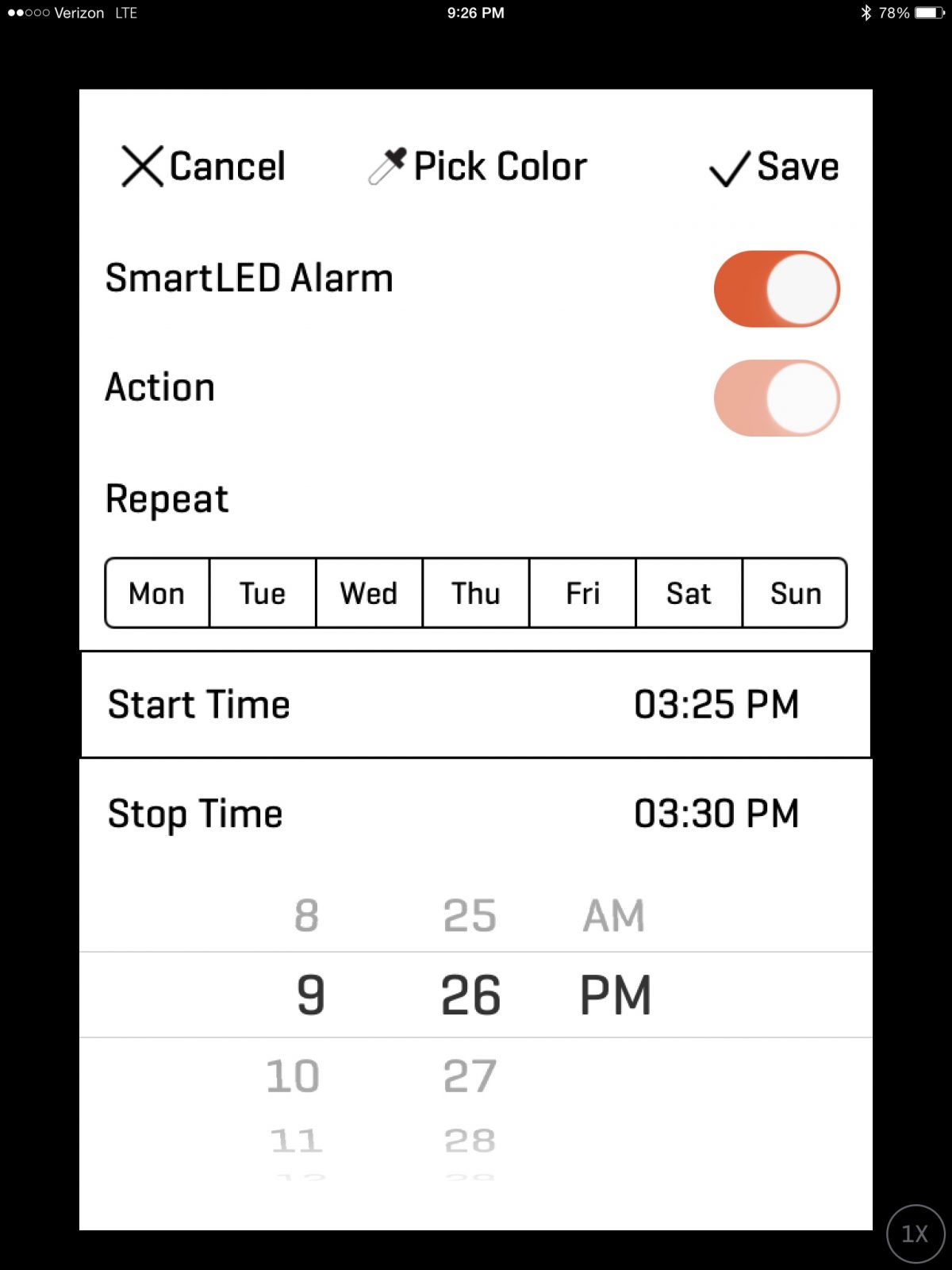 Honestly, the Oort solves a bunch of minor bedtime issues for us. It lets one of us stay up without disturbing the other, and we can turn it on and off remotely, so I can actually turn it on as I’m heading upstairs to go to bed (instead of having Sarah leave it on for hours for me). A smart LED bulb isn’t in the category of “drop everything, we need to have this”, but it is remarkably useful. Yes, at $39.90 it’s not a cheap product, but LED bulbs in general are not cheap, and you’re tossing Bluetooth into the mix. So we are considering that as lamp bulbs die off, we may look at more Oort LED bulbs; I just wish they’d fix the alarm issue!

What I liked: Can customize colors and brightness; options to rotate colors for children and parties; app is intuitive and easy to use on both Android and iOS

What Needs Improvement: App had some stability issues; couldn’t get alarm feature to work.