There are many variations on the common phrase, but the sentiment remains the same: you know you’ve made it when you find yourself fighting fraud in absolutely trivial areas. Steam, the online gaming service, has found itself increasingly dealing with phishing and fraudulent activities in the social areas of their service – and now they are taking action. 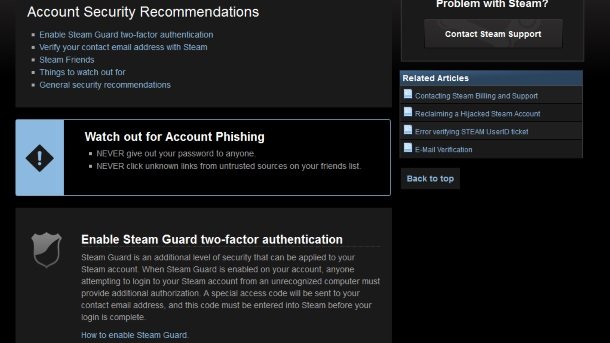 According to this Steam support article:

Malicious users often operate in the community on accounts which have not spent any money, reducing the individual risk of performing the actions they do. One of the best pieces of information we can compare between regular users and malicious users are their spending habits, as typically the accounts being used have no investment in their longevity. Due to this being a common scenario we have decided to restrict certain community features until an account has met or exceeded $5.00 USD in Steam.

Here are some ways you can get to that $5 threshold:

The features that are unavailable until you reach the $5 level include:

Personally I have seen many suspicious group invites and friend requests and virtual items added to my ‘gifts’ in games I own but never really play (and therefore I shouldn’t have earned). But I manage my friends and groups on Steam very closely, so it is less likely for something to slip by. For those who are more open to joining groups and amassing friends, this could become a real concern.