If you play mobile games you may already know ickle, the developer of Steve Jackson’s Sorcery! and 80 Days. Over the past couple of years I have reviewed both Sorcery! and 80 Days, and am a huge fan of both games. Now they are getting ready to launch on PC and Mac this fall! 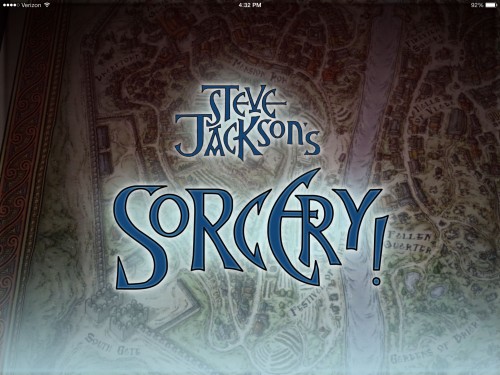 ickle games are super “branchy” narrative games with stories that write themselves, on the fly, around players’ choices. It was a difficult concept at first, but made perfect sense once I got going, so by the end of the first Sorcery game I said:

I absolutely loved everything about this – it performed perfectly, was engaging and intriguing, had loads of fun, an art style I just adored, and was easy to get started and just begged you to keep playing.

Here are more details from the publisher:

80 Days — releasing September 29, with brand new content
Set in an alternate-history version of Jules Verne’s Victorian era, 80 Days sends players on a real-time race around an ever-changing, often surprising steampunk world. Playing as Phileas Fogg’s French valet Passepartout, use strategy and cunning to help your employer win a hefty bet before the clock runs out. Choose your route, manage your finances, interact with hundreds of diverse characters, see the world, and lose yourself in a massive, branching adventure as you attempt to circumnavigate the globe in 80 days — or faster! Brand new content debuting in the PC / Mac version will bring 80 Days’ word count to almost 750,000 (more than the first five Harry Potter novels combined!), with nearly 200 cities to visit.

Steve Jackson’s Sorcery! — releasing episodically starting in late 2015
Spun off from the beloved gamebooks of the 1980s, Steve Jackson’s Sorcery! takes players on an epic fantasy quest to recover the stolen Crown of Kings. Playing as either a male or female hero, explore a beautifully illustrated world filled with unique and memorable encounters, vicious traps, magic spells, strategic turn-based combat, and moral tests that can make or break a hero. Every decision you make is used to pen your own distinct adventure, and with each installment building on the last, you can continue with the same character to experience story outcomes in later games related to choices made early on.

Check out the trailer!