Summer is unofficially underway and what better way to have a blast during the heat than with a Nerf water gun battle. New for 2016 is the Super Soaker Squall Surge water blaster that allows for a continuous stream of water up to 35 feet away on one squeeze of the trigger! 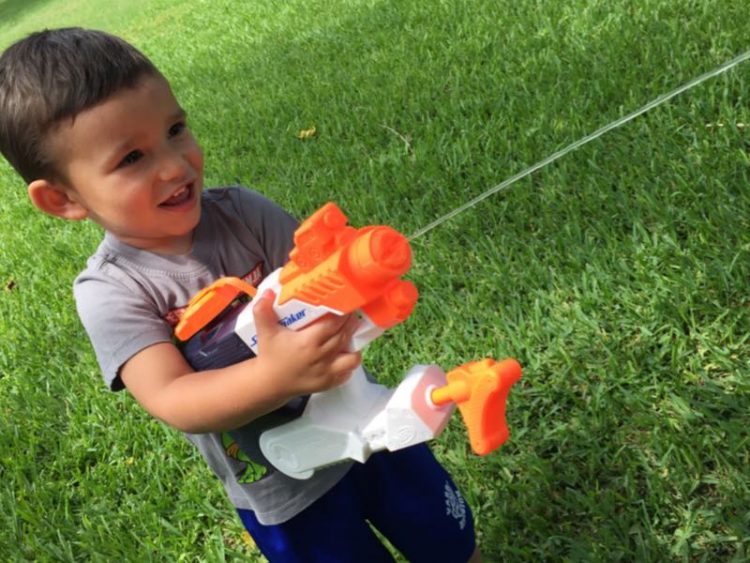 I confess that I love to have water fights with the grandkids and here in Texas the temps have already begun to climb so these are a great way to cool off and spend quality time with them. Their dexterity is getting better all the time so the old-fashioned style water pistols just don’t cut it. Enter Nerf and the new Super Soaker Squall Surge. 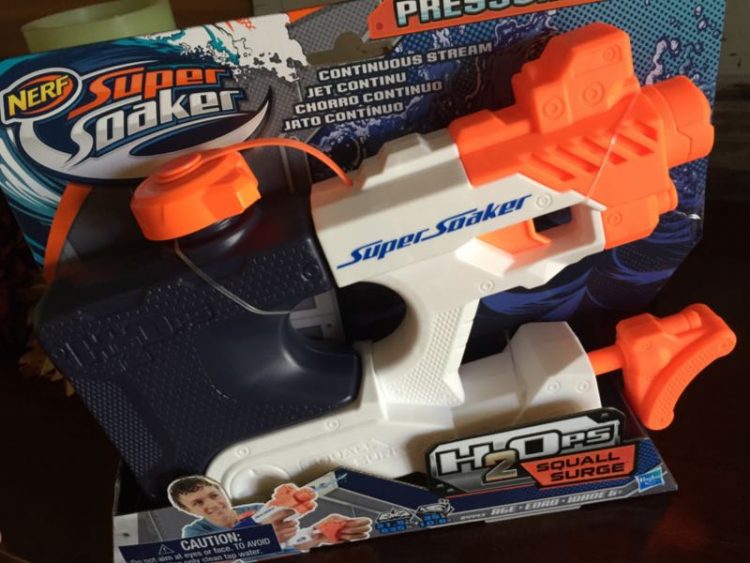 This new water toy holds up to 21.5 fl. oz. of water and a pump on the bottom front of the toy allows for pressurization of the water tank so one trigger pull yields a continuous blast of water that will send those little rascals running and squealing and begging for mercy. And since they can move pretty quickly now the distance this new water gun shoots is an added benefit. 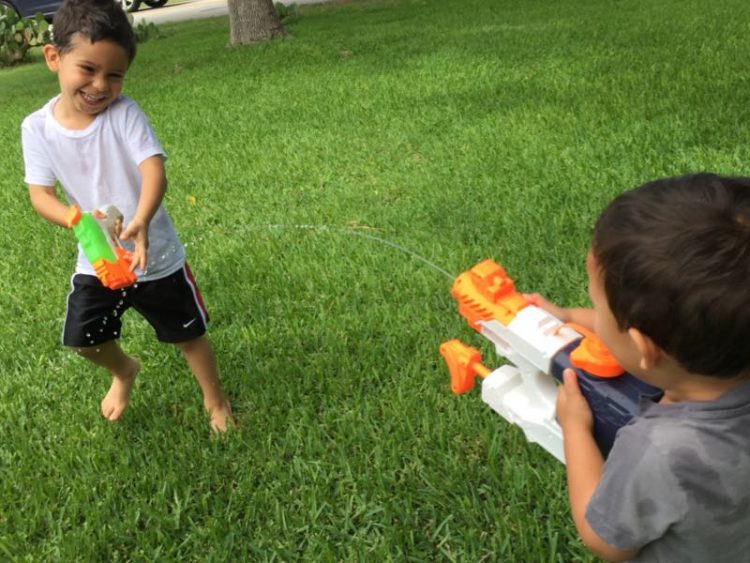 We had a great time testing this new Super Soaker against previous year’s water pistols and this won hands down. If I could ask for anything else to go with the Nerf water blaster it would be a water pack I could hook to it for endless battle action. 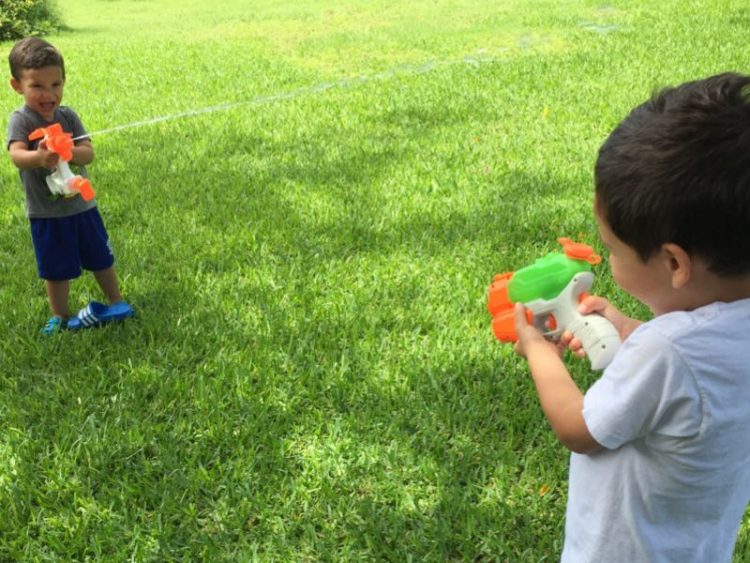 This new Nerf toy is available now and retails for $14.99. It is recommended for ages 8 years and up but our little guys are already getting the hang of using it. And you might want to get one for each child as our guys are already fighting over this one.

What Is It: Nerf Super Soaker Squall Surge water blaster

What Could Be Improved: We ran out of water quickly.